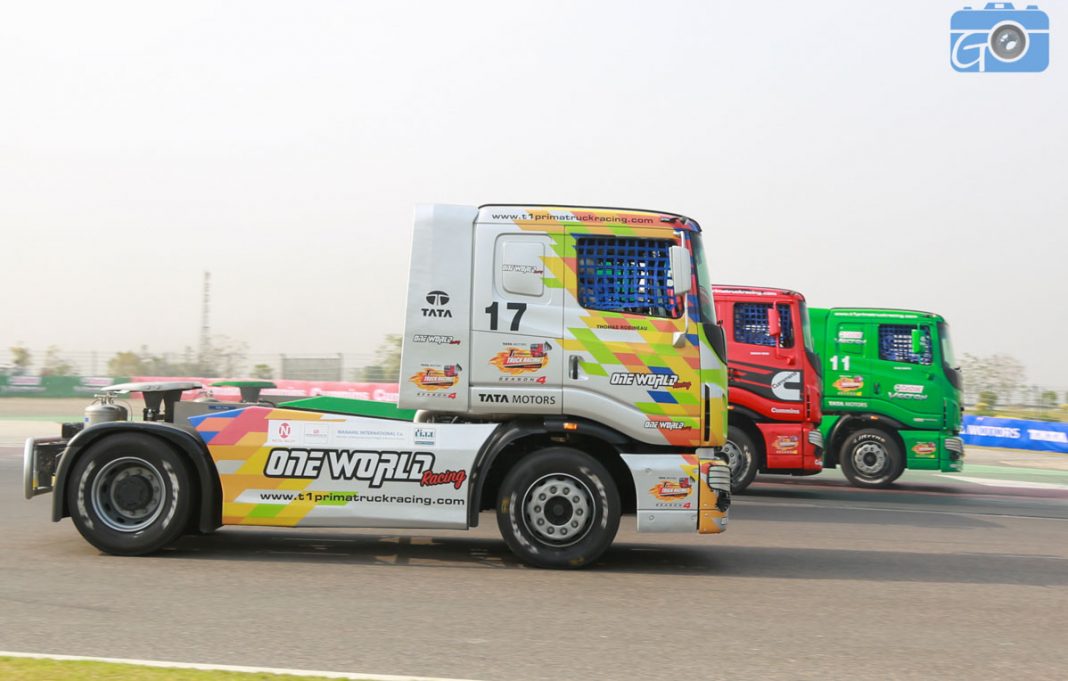 British Driver Ryan Smith had most part of the qualifying session covered at the Buddh International Circuit with a time of 1:48.470s on Saturday. But in the closing stages, Norbert Kiss, entered into the 1:48s and clinched the pole by over half a second. The Hungarian mastered the quickest lap of 1:47.881s in the famous 5.125 km long race track on the outskirts of New Delhi.

Stephanie Halm, two time British Truck Racing champion, lined-up third for the first race of the Tata Prima Pro class as her late lap elevated her up the order and was nearly seven tenths down on Kiss’ pole lap. Just 0.1 second behind was reigning Chinese Truck Racing champ David Vrsecky as he finished ahead of Thomas Robineau, Antonio Albacete and last year’s champion David Jenkins. 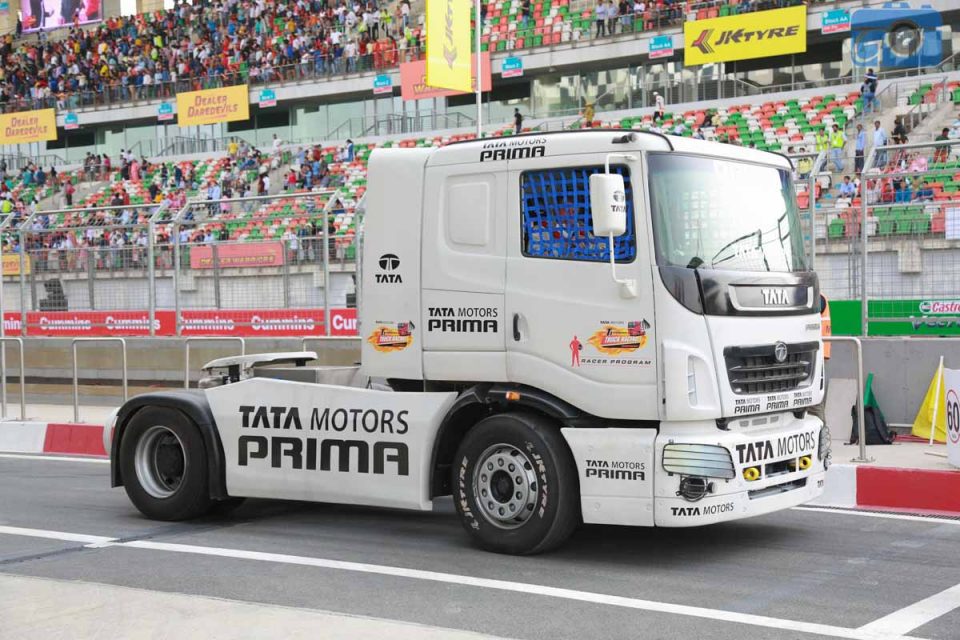 As the lights went out for the start of Tata Prima Pro class’ first race, Vrsecky made a lightning getaway and led the pack from Antonio Albacete after a wheel-to-wheel tussle. However, making use of the long straight, the latter was bumped down to third by Gerhard Korber who took advantage of a quick exit out of the last corner.

Subsequently, David Jenkins seized the opportunity and moved up to third relegating Antonio. Drivers fought out tooth-and-nail to grab the best possible position and as a result Nobert Kiss came in contact at turn 4 and surged through the gravel trap and stuck there. As unfortunately Ryan Smith’s truck was parked there, the race was yellow flagged. 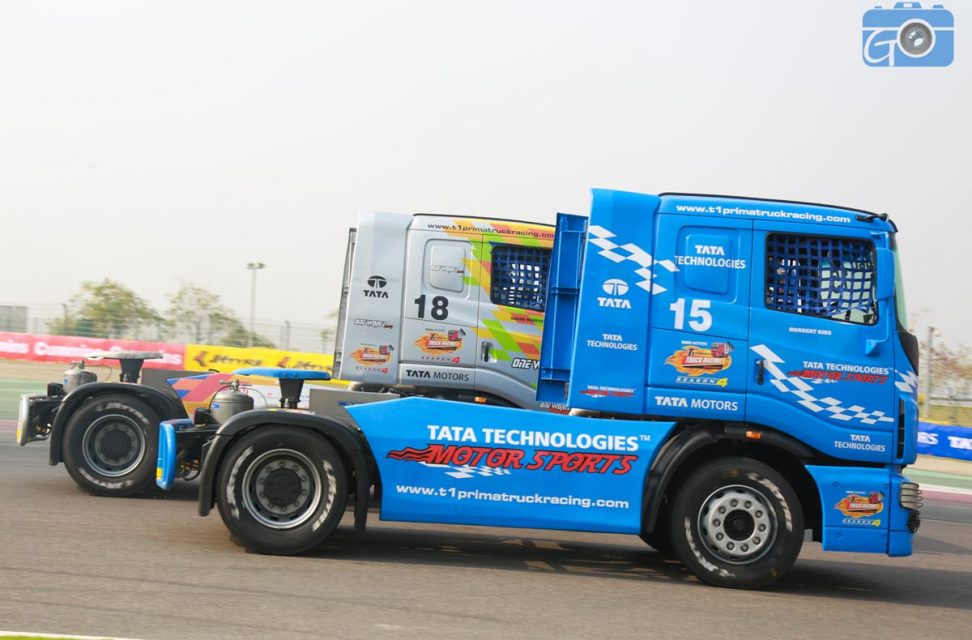 Vrsecky crossed the finish line as the winner as the whole session was red flagged while Gerhard Korber and David Jenkins rounded out the podium in second and third respectively. Oliver Janes finished fourth ahead of Albercete Martine in the rather wild first outing on Sunday. Despite starting from front row of the grid, Nobert Kiss and Ryan Smith ended up not finishing the race.