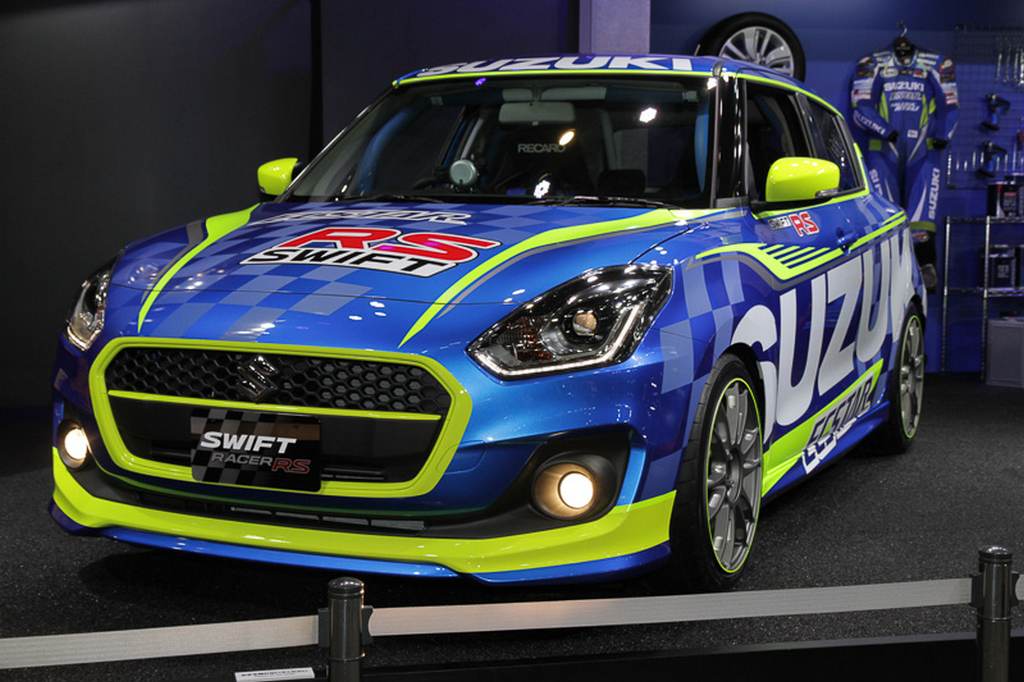 Suzuki Japan has introduced the Racer RS sport variant of the regular Swift hatchback at the 2017 Tokyo Auto Salon show. The exhibition has the newly revealed Swift being adorned with race-spec touches to attract spectators gathers. As it is expected to be a display car only, the chances of the Racer RS meeting production lines are very unlikely.

Instead it would cater for the brand promotion of the new generation Swift standard hatchback which is already a bit of a looker. The livery will hark back to the signature body paint of Suzuki’s factory MotoGP assault. Accentuating the blue and neon green livery of Team Suzuki Ecstar, the Swift Racer RS will come fitted with Recaro racing bucket seats, an aggressive body kit and newly designed 17-inch custom alloy wheels. 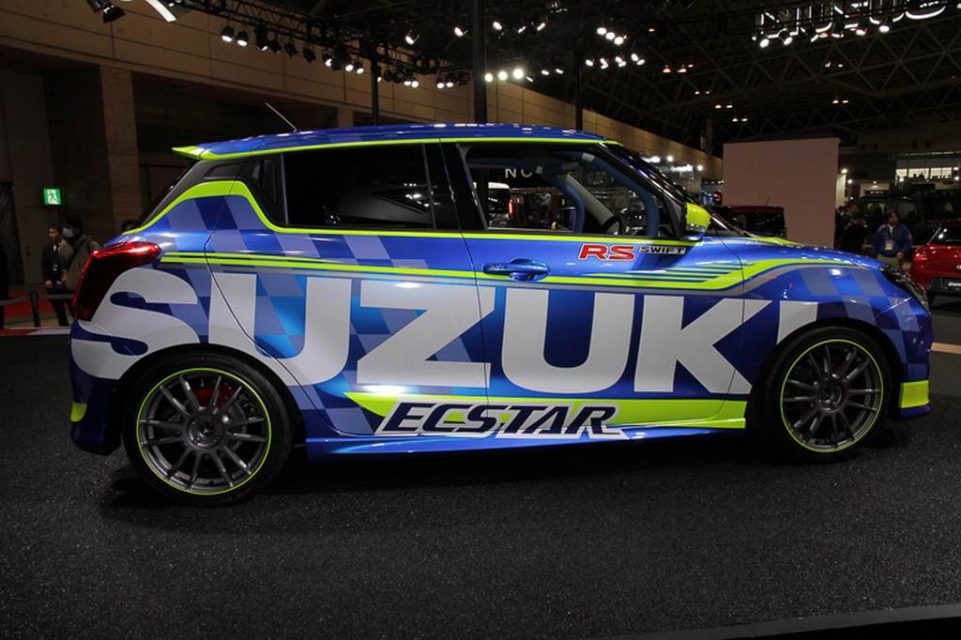 The neon stripes will grab eyeballs as it is applied around the edges of the new sportier grille as well as on the wing mirrors, front and rear bumpers, skid plates, window edges, bonnet, etc.

The headlamps seem to have been blackened out and the rear end has also been magnified with the same flashy paint scheme. The cabin features a black coloured dashboard while some elements have blue and neon accents to bring up a contrasting yet attractive driver and co-passenger area. The show car, as the name suggests, is derived from the RS variant of the Swift. 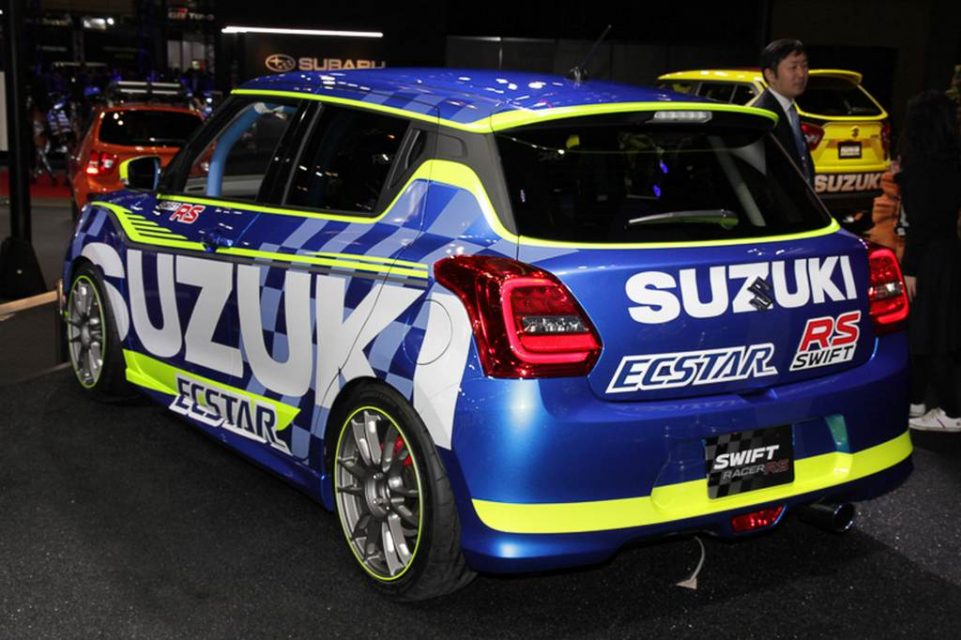 It could get power from a K12C 1.2-litre Dualjet VVT four-cylinder petrol engine which is good enough to produce a maximum power output of 91 PS at 6,000 rpm and 118 Nm of peak torque at 4,400 rpm. It is otherwise likely to be strapped with a 1.0-litre Boosterjet three-cylinder petrol engine that develops 102 PS at 5,500 rpm and 150 Nm of torque delivered between 1,700 and 4,500 rpm. Emphasising the significance of Suzuki’s motorsport department, the Ignis is painted in yellow and red livery to celebrate the motocross team.