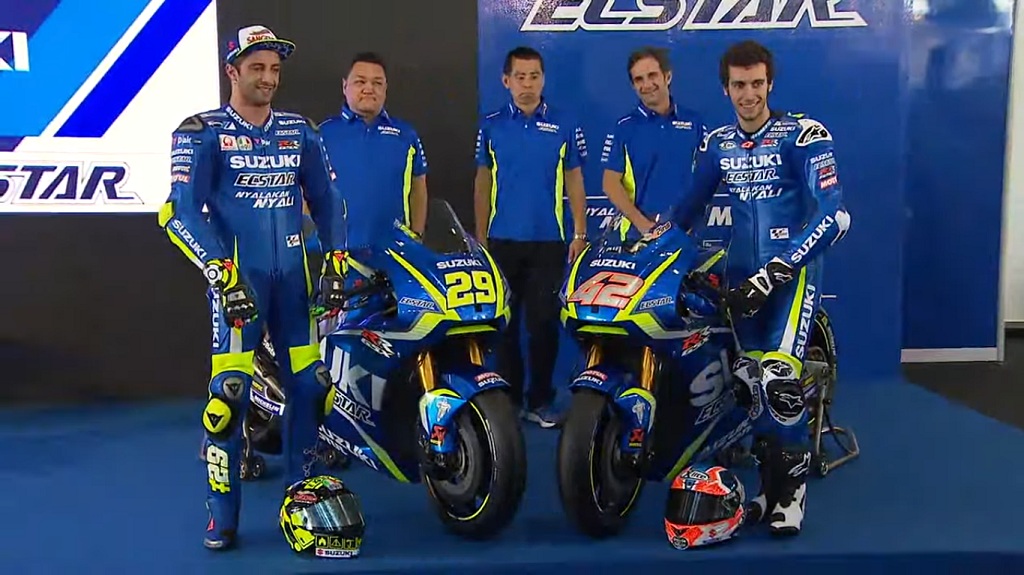 Suzuki has officially presented the new riders for its 2017 factory MotoGP assault just now. The new team comprises blend of youth and experience as Andrea Iannone, with wealth of premiere class experience, jumps ship from Ducati while the Spaniard Alex Rins steps up from Moto2 after impressing yet again by finishing third in the championship last year.

The Japanese manufacturer has lifted covers off the new GSX-RR and will be looking to build on its first victory acquired last year in MotoGP since 2007. It was a historic win as Maverick Vinales took the chequered flag in Silverstone in just the second season of Suzuki’s return to the topflight. 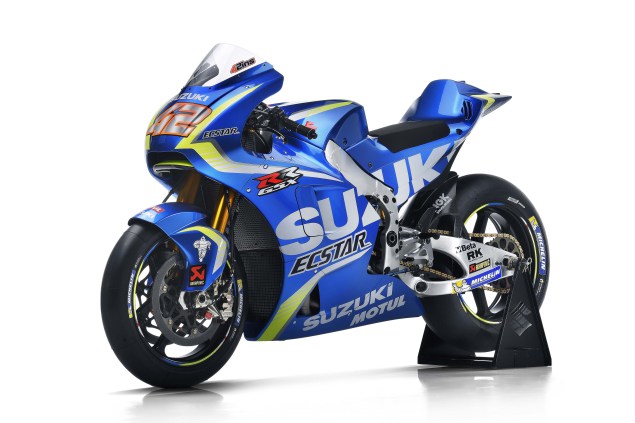 Vinales finishing fourth in the title race was a testament to the backstage progress Suzuki made over the last two years but he would continue his track form only with Yamaha squad this year as a replacement to the multiple champion Jorge Lorenzo. But Suzuki need not have to be upset as the highly capable Iannone and Rins will be pushing to garner consistent championship points.

The MotoGP teams and riders will be hot on the gas as the intense pre-season testing campaign starts tomorrow at Sepang. Team Boss Davide Brivio made it clear already that his team’s aim is to catch up Ducati and then the Yamaha and Honda outfits for ensured championship contention. 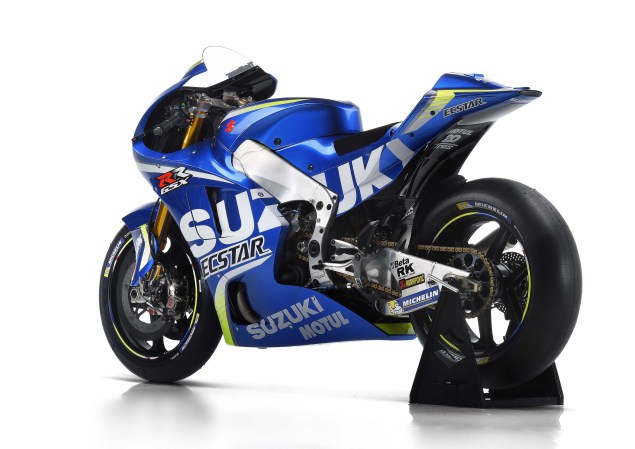