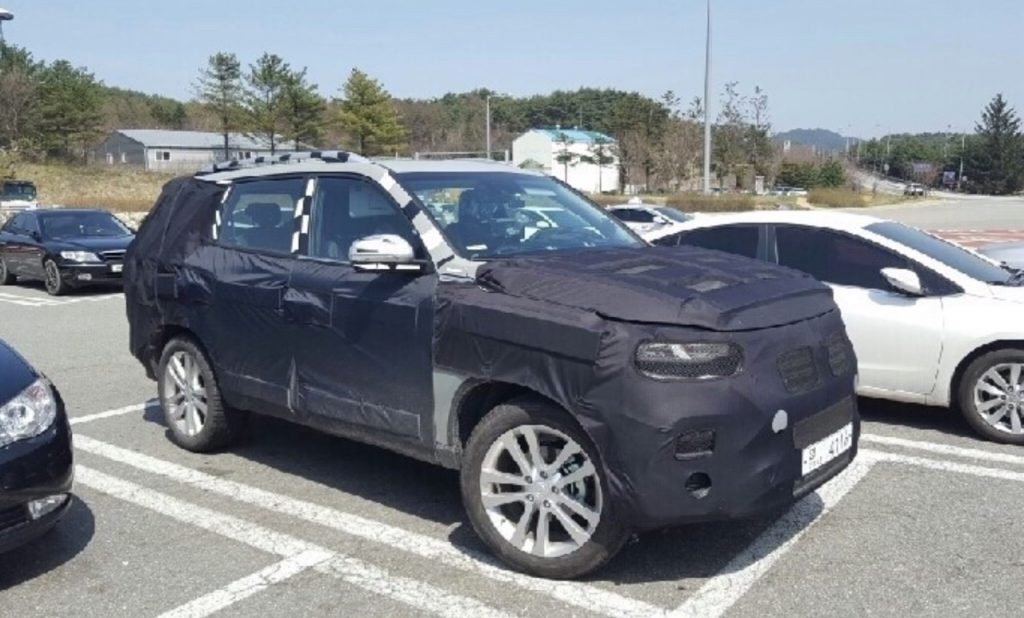 2017 SsangYong Rexton was spotted doing test runs in Korea just ahead of its October debut that is to be held during the 2016 Paris Motor Show. Though the SUV was heavily clad, one can see traces of the SsangYong LIV1 concept especially when we talk about the bumper, squared wheel arches as well as the flowing roofline etc.

The SUV is based on the new ladder frame chassis and is expected to use both, front as well as all wheel drive options. The interiors of the 2017 SsangYong Rexton are expected to be top notch and fine-tuned with leather finishing and wood work. The SUV will be offered with a 5 seater and 7 seater options.

One can expect a lot of chrome finishing on the inside and on the outside too that will give the SUV a touch of class and elegance.  It is expected that the new Rexton will come loaded with technical advances including a touchscreen. These technological advances are assured to give the Rexton an edge over the others in the segment according to reports. The petrol engine however, is expected to feature an 8 speed automatic transmission that will be sourced from Mercedes – Benz as well but confirmations regarding the same are yet to come in. The petrol 2017 SsangYong Rexton is expected to come in some time next year only.

From the looks of it, the 2017 Rexton looks quite promising but in India it faced issues regarding maintenance and running costs earlier. Will the Korean brand be able to curb these cost issues and manage to woo the Indian audiences this time? let’s keep an eye out for that!