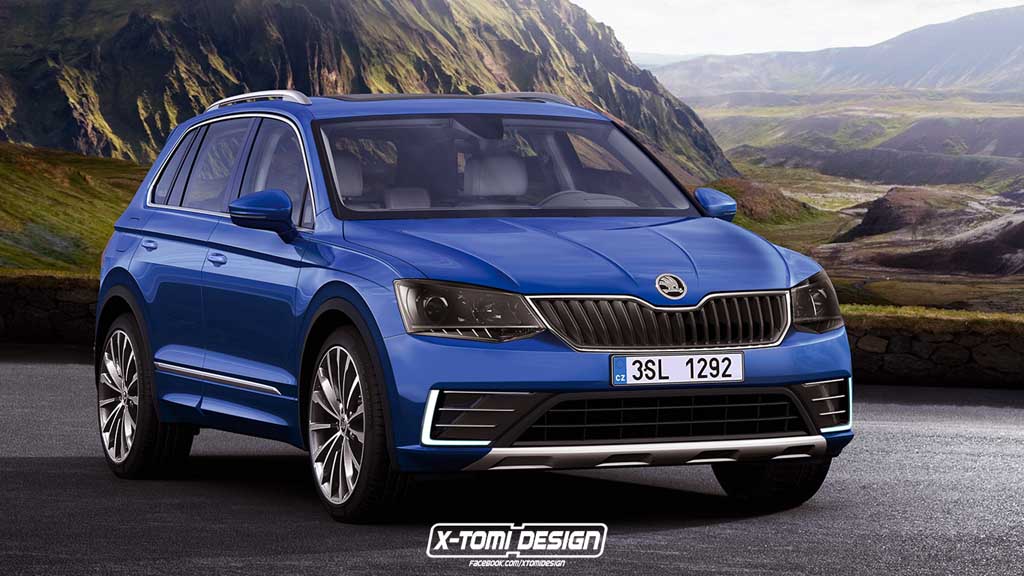 The 2017 Skoda Yeti will be based on the MQB platform

Czech auto manufacturer Skoda is all geared up with its new crop of crossovers. The Skoda Kodiaq has already stirred the automotive space with its chunky design and loads of interesting elements. The large SUV is expected to make its global debut at the upcoming Paris Motor Show later this year. Meanwhile the company is also developing the next generation Skoda Yeti.

Introduced in 2009, the Skoda Yeti is not so popular in India. Although India is known as the SUV loving country, the Yeti is yet to make its mark. The next generation model seems to come with more potential impact. As the rendering image suggests, the new Yeti will come significantly different looking. It will be more aggressive, more muscular than before. Based on the MQB platform the new Yeti is expected to come larger than the outgoing model. The car features the new design language, which is visible in the Skoda Kodiaq as well. Interestingly, it looks more like a SUV rather than a crossover. It would sport sharper headlamps, a Kodiaq like front grille, aggressive looking front bumper with slated large air intake. A skid plate is also visible, clearly portraying the sporty character of the car.

The side profile of the next generation 2017 Skoda Yeti would sport several sharp character lines, flared wheel arches. While the sporty roof rails and bold alloy wheels just add on zing to it. The rear profile would get a roof spoiler, sleek taillamps, skid plate etc. The next gen Yeti will be arriving sometime in 2017. On the powertrain front new Yeti is likely to receive a range of turbocharged petrol and diesel engines. It might share the same engine with Volkswagen Tiguan. In that case, the power source for new Yeti would be a 125 PS 1.4 litre TSI petrol engine. The diesel variant is likely to be powered by a 2.0 litre TDI engine churning out 140 PS. Expect both manual and automatic gearboxes to come on offer.