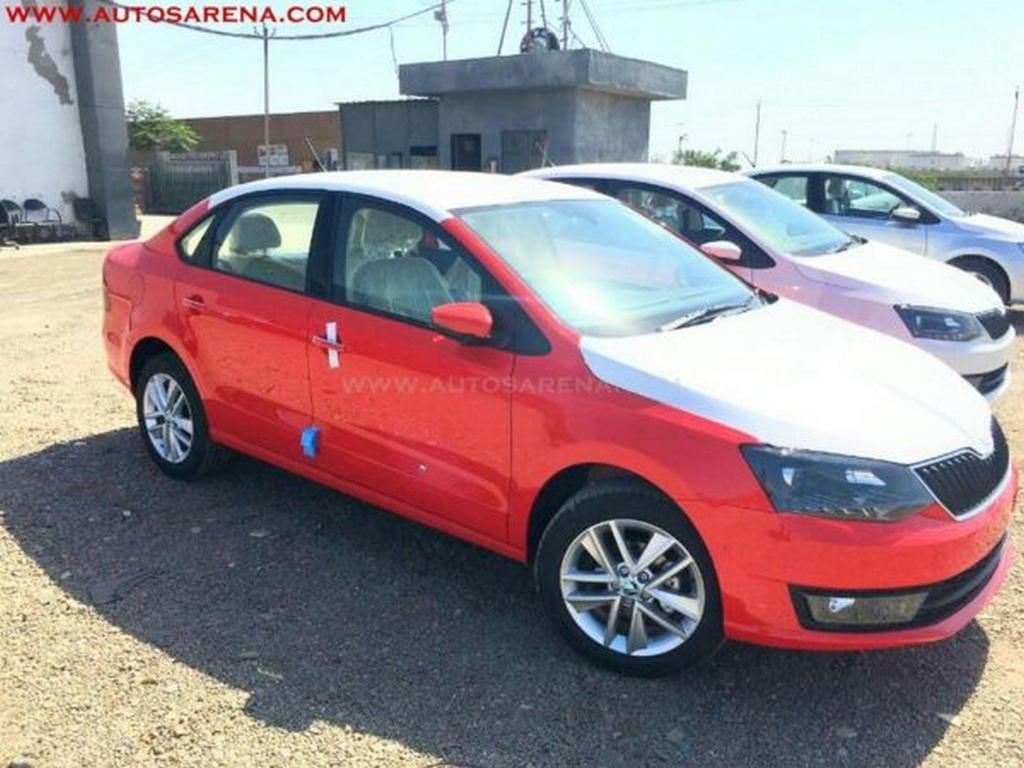 Skoda India seems to have updated the Rapid sedan with new features according to a report emerged on the internet. The added items on the equipment list include 16-inch alloy wheels, soft-touch boot release button and reversing camera. These features will only be found on the top-spec Style model. It features standard equipment like LED Daytime Running Lights, projector headlamps, chrome trim on the multi-functional steering wheel with mounted controls and 6.5-inch touchscreen infotainment system with MirrorLink connectivity already.

Some other important elements offered in the range-topping variant are cooled glovebox, amber-glow foot well illumination, cruise control and automatic wipers up front. The Skoda Rapid is powered by a choice of petrol or a diesel engine. The 1.6-litre MPI petrol engine is good enough to produce a maximum power output of 105 PS and 153 Nm of peak torque.

The 1.5-litre TDI oil-burner makes 110 PS and 250 Nm torque. Both the motors are connected to a five-speed manual gearbox as standard. However, in the high-end versions, the petrol engine is mated to a six-speed automatic and the diesel variant is paired to a seven-speed DSG automatic. These range-topping versions also get HHC (Hill Hold Control) while ESC (Electronic Stability Control) is provided on the diesel automatic variant.

The entire range of Skoda Rapid has ABS (Anti-lock Braking System) as standard while the braking duty is done by a disc up front and a drum unit at the rear. The addition of new features meant the Skoda Rapid isretailed at a premium of Rs. 35,000 over the outgoing Style variant reportedly. 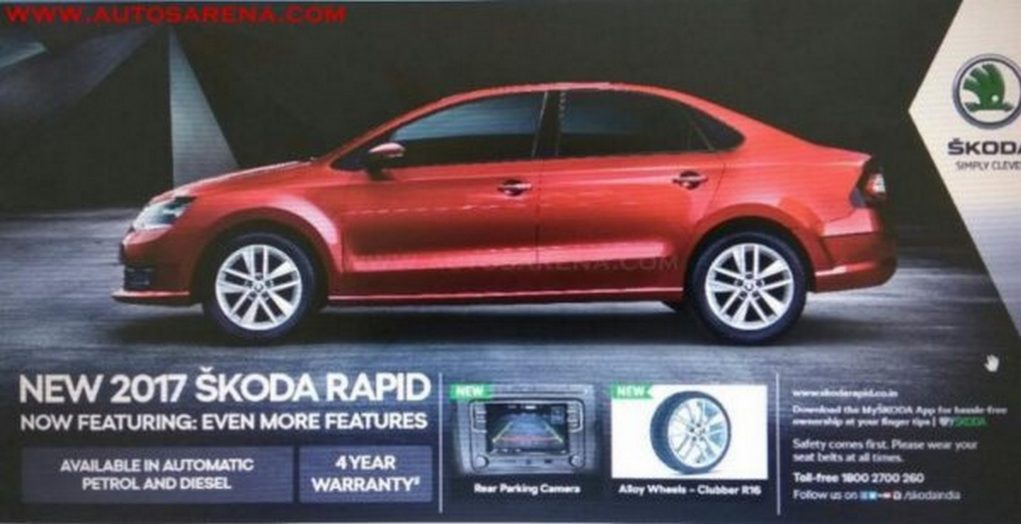