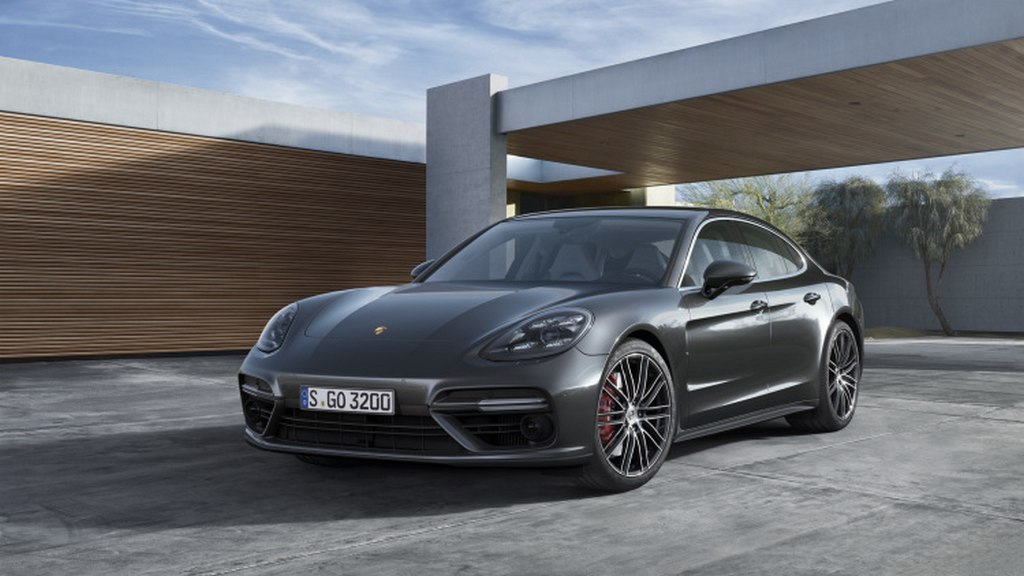 Porsche Panamera is a blend of the 911’s success with practical and spacious dynamics of a sporty sedan. Despite being well-received in global markets, the nail in the coffin Porsche was not able to address was the less desirable design language adapted. With the second generation model revealed today, the German manufacturer has certainly gone on top of the issues faced.

While becoming proportionally longer, taller and wider Porsche designers have put thoughts in making the new-gen model visually pleasing and by seeing the official pictures one would stand and admire. The lowly positioned roofline sweeps back till the rear-end with an alluring inclination. Based on the new Modular Standard Architecture (MSB), the new Panamera will rival against Maserati Quattraporte and the range-topping sport derivatives of the flagship luxury sedans from German trios Audi, BMW and Mercedes-Benz.

Despite not bullying on the signature 911 identity, the 2017 Porsche Panamera has the structure made of aluminium entirely, except for the panaromic roof offered as an optional extra. The sharp styling is complemented by the updated LED daytime running lights up front and the rear. The 19-inch wheels are standard in base model while the Turbos get 20-incher. Although it is based on the current generation sports cars, Porsche has included certain retro touches in the new Panamera as well. For instance, the central tachometer has been designed to replicate the one found in the 1955 356 A or commonly referred to as Speedster. Additionally, the highly advanced Panamera gets dual seven-inch touchscreen displays sitting on either side of the tachometer. The Porsche Advanced Cockpit composes of a 12.3-inch tablet shaped touchscreen facing the driver besides Apple CarPlay connectivity and thermal imaging camera for easy viewing in the dark. The second generation Porsche Panamera comes powered by a new family of V6 and V8 engines. It’s a whopping nearly a second quicker than the 4S as the 0-100 kmph is dealt in just 3.6 seconds – 3.4 seconds with the optional Sport Chrono package installed. Both the 4S and the Turbo will have all-wheel drive system as standard and power is transferred through an eight-speed PDK dual-clutch automatic gearbox. More likely to hit dealerships by January next year, the 4S carries a price of $101,040 (Rs. 68.1 lakh) while the Turbo will be sold for $147,950 (Rs. 99.79 lakh) in the US.