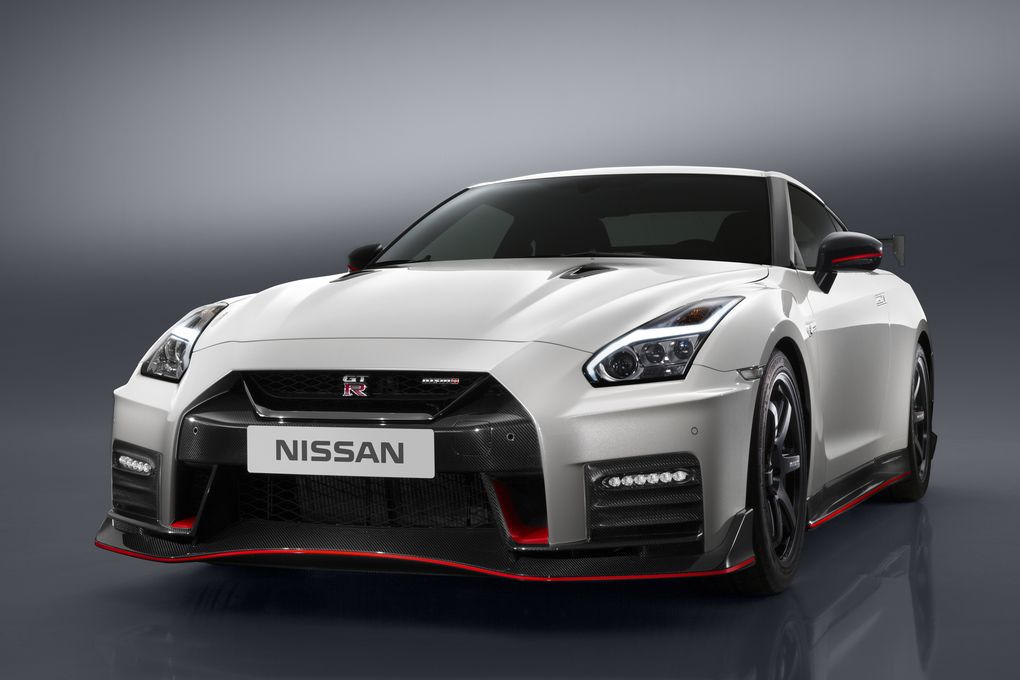 The facelifted version of the Nissan GT-R Nismo has gone on sale in Japan and carries a price tag of Yen 18,700,200 (Rs. 1.23 crore). It made world premiere at the Nurburgring earlier this year. There are a number of changes associated with the sportscar that includes updated revised mesh pattern for the dark-chrome signature V motion grille, reinforcements to the hood, redesigned canards and carbonfibre front bumper.

Some of the modifications are made for improving safety while the others like the new hood generate more downforce and improve aerodynamic efficiency. On the inside, the larger eight-inch touchscreen infotainment is the highlight and has been updated for further convenience. It features new Display Command Control located on the carbonfibre-built center console. The other important equipment include multi-spoke sporty steering wheel with mounted controls and has flappy paddle shifters at the back, leather-covered Recaro carbonfibre bucket seats with Alcantara touches, restyled dashboard layout alongside centre armrest and wrapped steering wheel finished in Alcantara.

Nissan decided to improve the GT-R Nismo mechanically and thus provided springs, stabilisers and shock absorbers. The powertrain has also received upgrades as well with the 3.8-litre V6 engine tuned to produce an additional 30 hp of power over the regular GT-R. Therefore the total output 2017 Nissan GT-R Nismo produces is 592 hp which is sent to all four wheels through a six-speed dual-clutch automatic transmission. The engine is dubbed as VR38DETT and hand-built in Yokohama, Japan while the entire GT-R is assembled in Tochigi. The power unit also comprises of large diameter turbochargers used in GT3 racers as Nismo’s expertise in motorsport taken to full advantage.

Apart from the facelifted GT-R Nismo, the Japanese manufacturer has launched Track Edition engineered by Nismo in Japan which is described as a combination of GT-R Nismo’s rigid body structure and suspension with the specifications of the standard GT-R. Prices for that version is quoted as Yen 13,699,800 (Rs. 90.35 lakh).