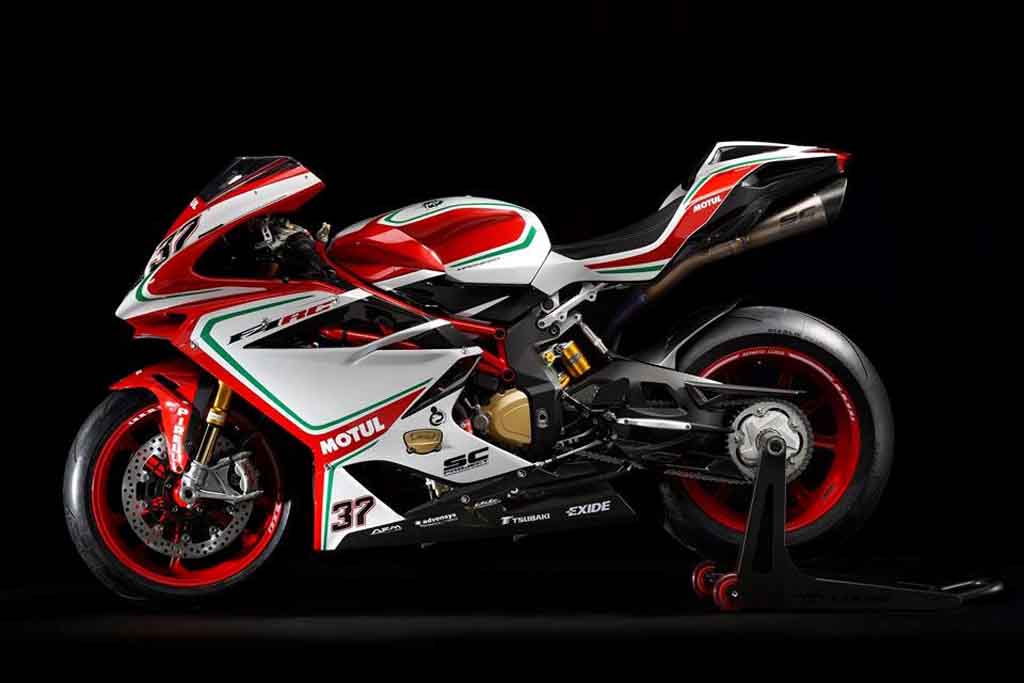 The exotic Italian bike manufacturer MV Agusta has introduced the 2017 edition of its F4 RC motorcycle. The bike now comes as a replica of the WSB model. It is said to have been priced at Rs. 50.35 lakh (ex-showroom) in India.

The special edition MV Agusta F4 RC has been designed to be in sync with the motorcycle of Leon Camier, who is the company’s rider. The new bike has also been badged with 37 number that signifies the number of manufacturer’s titles the brand has won through its history. 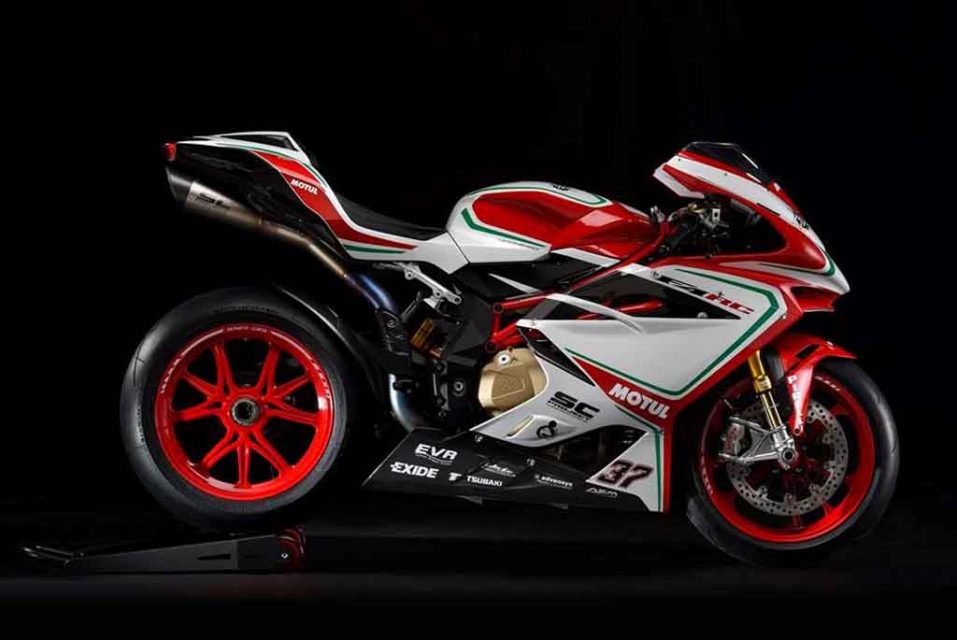 The limited production run MV Agusta F4 RC is now being offered in a special wooden kit. The box includes a single SC Project exhaust system along with an ECU. Also, the kit contains carbon fibre heat shields, single saddle tail cover and a quick release fuel cap among others.

All thanks to the ECU and exhaust combination, this MV Agusta F4 RC has power figures bumped from 205 bhp to 212 bhp. The company has revealed that the new MV Agusta F4 RC will be produced in limited numbers and of the 250 units made, only one has been allotted for our domestic market. 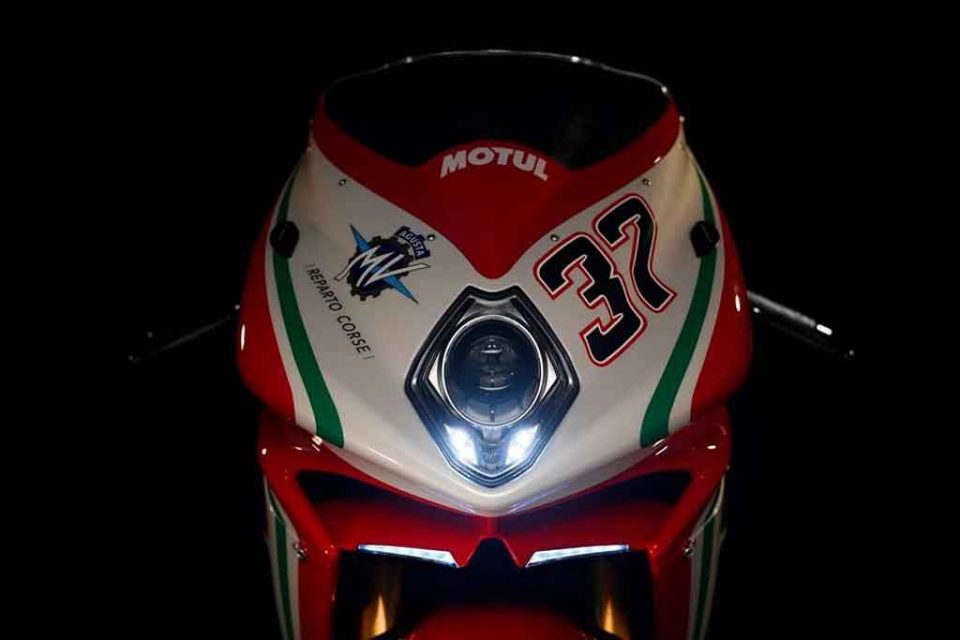 The MV Agusta F4 RC is powered by 998 cc, four cylinder engine that has been assisted with a six-speed transmission system. The fuel injected motor sheds out respective power and torque outputs of 212 bhp and 115 Nm.

The braking system of the MV Agusta F4 RC comprises of dual 320mm disc brakes upfront along with a single 210 mm disc brake at the rear. An Anti-Lock Braking System (ABS) comes standard that features Rear wheel lift up Mitigation (RLP) as well. 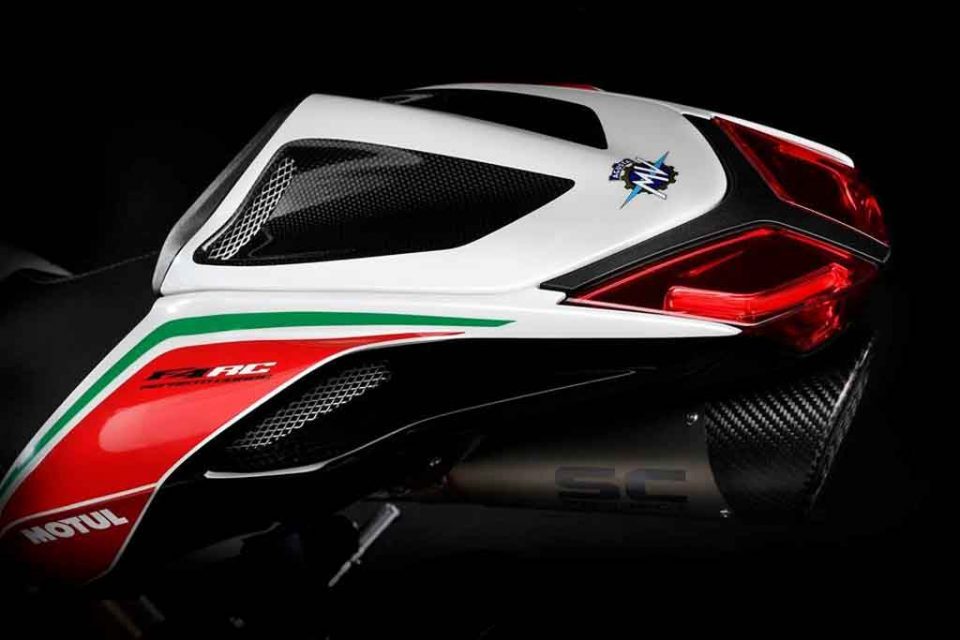 Using TIG welding process, the engine is housed in a CrMo steel tube trellis frame and the central part is closed with lightweight aluminium alloy plates for accommodating an Ohlins suspension setup to ensure superior control. Apart from the wooden box with goodies, there is also customised bike cover and certificate of origin.

The MV Agusta F4 RC comes equipped with adjustable Ohlins upside down forks at the front along with Ohlins monoshock at the rear. Few days back, the company had launched the MV Agusta F4 LH44 special edition in collaboration with Lewis Hamilton.

The race-inspired motorcycle has been designed with heavy inputs taken from CRC (Castiglioni Research Center) design team. The prime highlight of this bike is the stunning candy red paint scheme and it is priced at 50,000 Euros.