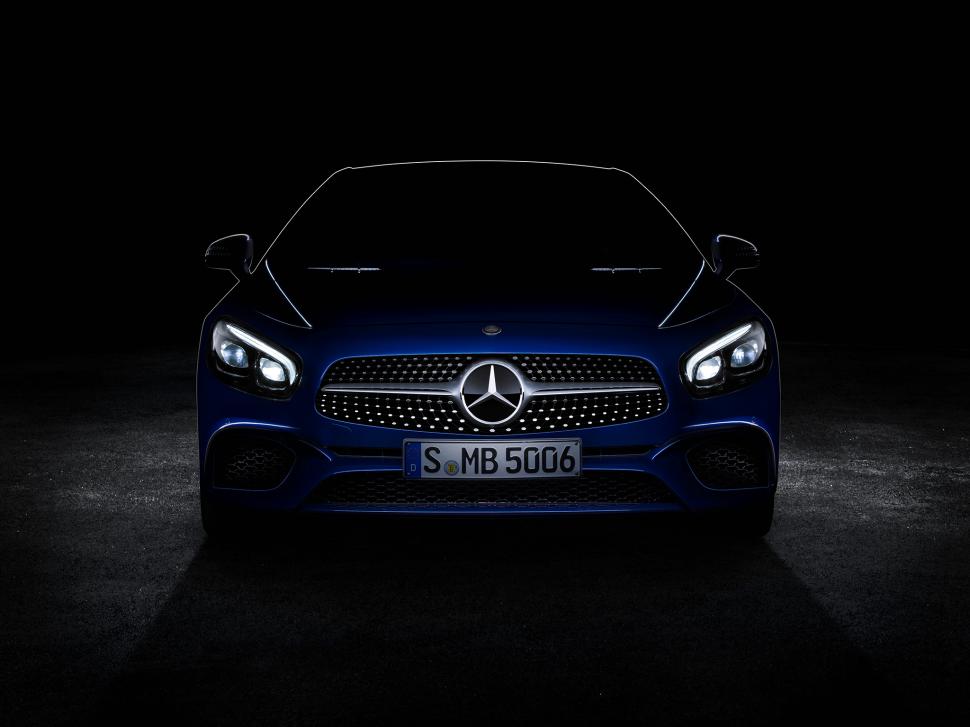 Mercedes has given us a preview of how the SL class will look like in a hurry ahead of its debut at one of the most influential automobile exhibitions in the world, Los Angeles Auto Show. The German automaker has a long list of facelifts and future models to be revealed at the show in West Coast and amongst which the revised Mercedes SL class is certainly the most drooling of prospects.

The teaser image has done nothing but upped the ante a bit further. If you’re a Mercedes fan, you might have known what the SL has been missing for years. It has sort of an unsaturated front end that doesn’t fit well with less intend of purpose.

I liked the SL350 when we took it for a spin up the hills but it did bother me with the guppy mouth. Let bygones be bygones as the teaser image shows Mercedes has got it right this time with a more harmonious front end. The grandtouring roadster has been around since the early ’50s and it seems apparent that somebody in the Mercedes boardroom has convinced the entire committee to take inspiration from the gorgeous 1952 Mercedes SL300 gull-wing race car. 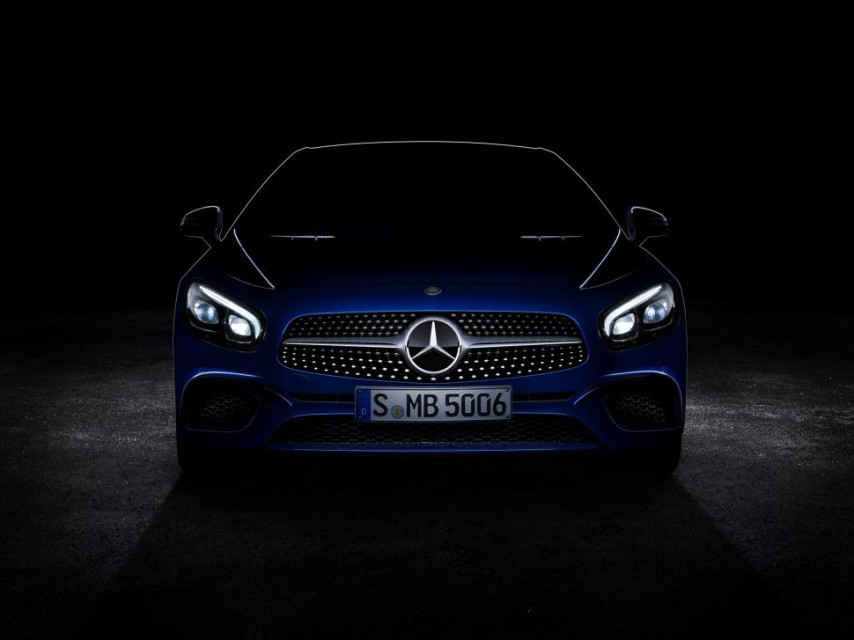 The latest generation SL was launched in 2012 and designed under the supervision of Peter Pfeiffer who is no longer at the helm as chief designer Gorden Wagener oversees the proceedings of the current project. The new front end in the facelifted SL looks far more aggressive emulating the SL300 which could be carried over to the future AMG models, a big thumps up to that!

Diamler says the facelifted SL class as “New appearance for an automotive icon“. As this is only a mid-life update, not many changes in the powertrain lineup are expected. The recently introduced entry-level SL400 was powered by a twin-turbocharged 3.0-litre V6 engine good enough to produce 329hp.

While it’s expected to remain the same, the SL550 powered by twin-turbo 4.7-litre V8 engine and the AMG performance models, SL63 and SL65, should also continue to stick with their respective twin-turbocharged V8 and V12 power units.

Mercedes’ Los Angeles Auto Show press conference has been scheduled on Wednesday, November 18. We can’t wait to get it started already!