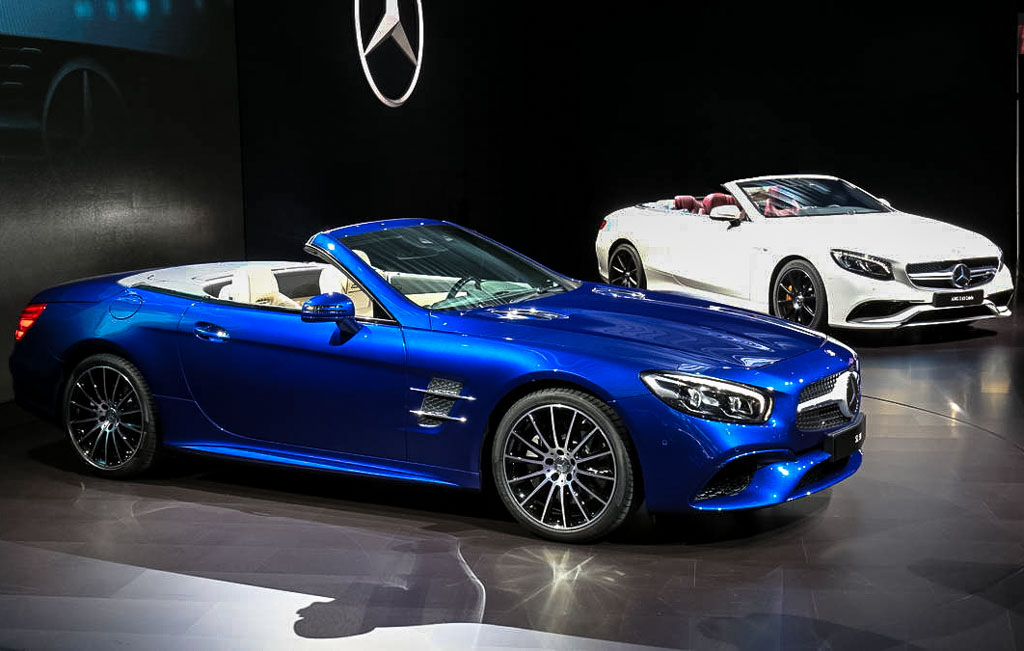 Mercedes unveiled the 2017 SL Roadster the night before the car’s officially debut at the 2015 Los Angeles Auto Show. The heavily revised front end of the new 2017 Mercedes SL Class was teased ahead of its debut at the West Coast last week.

The front half of the two-seater’s body is completely new to stay in line with the ultra-performance focussed AMG GT and emulates 1950’s La Carrera race cars in design. With shorter A-pillar and revised grille that Mercedes calls as “unique diamond radiator”, the long hood has subtle humps or in Merc’s own words “powerdomes”. 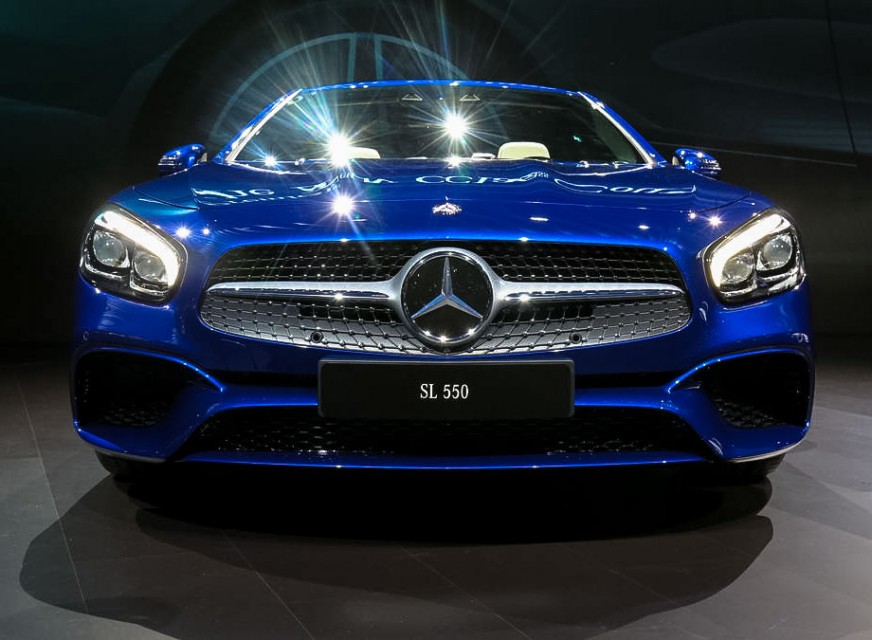 Replacing the previous headlights are the LEDs that are more wider and stylish whilst the air outlets on the sides and top are bigger with larger chrome strakes. The latest integration package arrives with Apple CarPlay and voice-operated controls with music-streaming apps like Spotify can be accessed on-the-go.

The refreshed convertible hardtop SL gets a new nine-speed 9G-TRONIC transmission across its line-up and power output of the V6 engine in the SL450 is up by 34 hp to 362 at 5500-6000 rpm. That significantly brings 0-100kph down by three tenths to 4.9s. 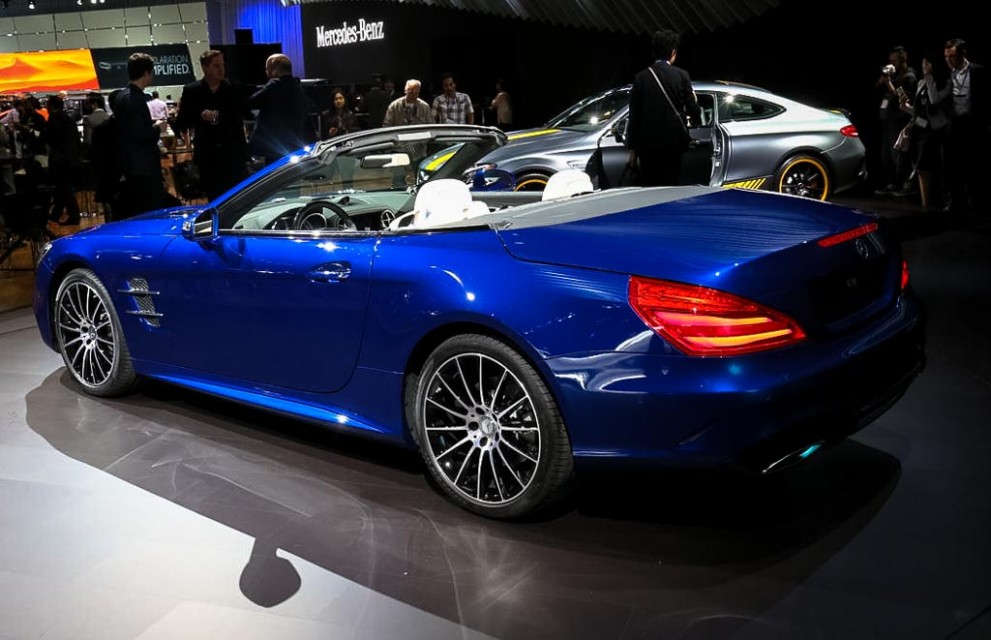 Apart from the more powerful V6, the rest of the engine allocation remain untouched as the V8 engine in the SL550 still pumps out 449 hp power and 516 lb-ft of peak torque. As for the SL63 AMG, power output stays at 577 hp and the SL65 makes a mighty 621 ponies from its gritty V12 power unit.

One of the standard techs offered in the two-seater is: Active Brake Assist that stops the car automatically to avoid a rear-end collision when driver fails to react quickly. The optional Driver Assistance Package is improved as well with the inclusion of Distronic Plus which aids in keeping distance from the car in front. Active Brake Assist applies the brake pedal automatically and PRE-SAFE Brake also comes into action when suddenly stopped cars or pedestrians are detected. 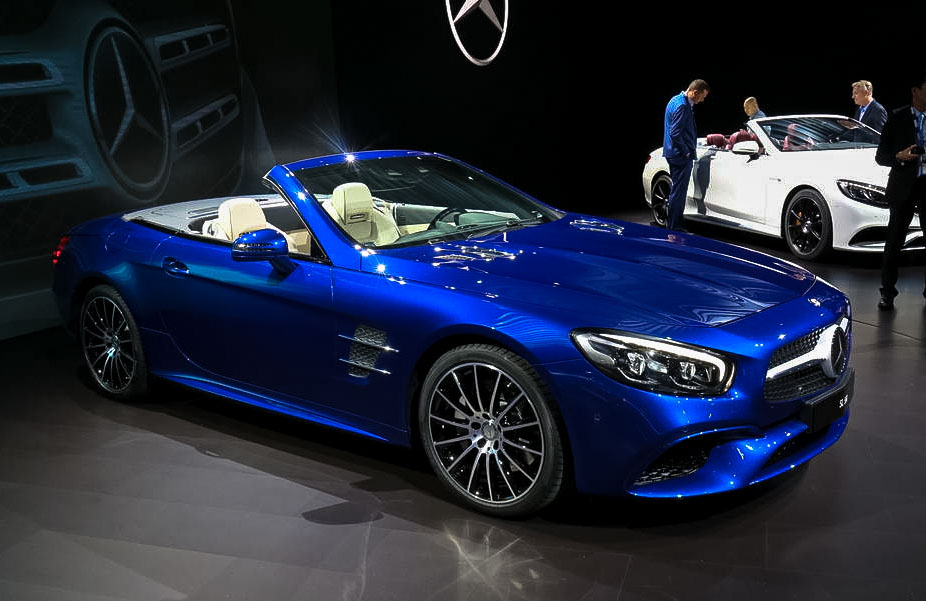 The convertible hardtop can now be closed at speeds upto 40kph and pricing will be announced during the car’s launch in the U.S next spring. The 2017 Mercedes SL roadster will rival against the likes of Porsche 911, Aston Martin Vantage and Jaguar XE.