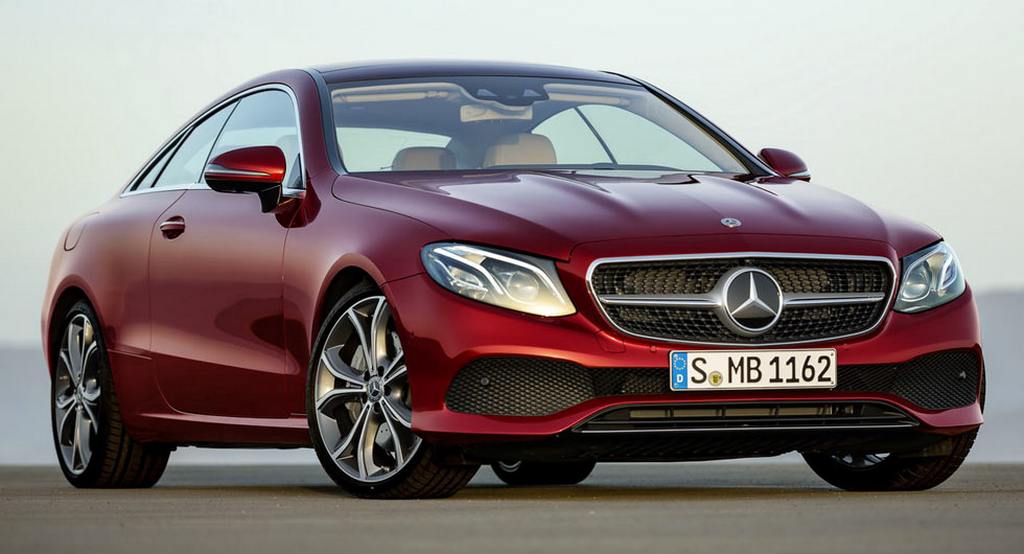 2017 Mercedes E-Class Coupe mimics the interior layout and exterior of its regular sedan sibling; gets range of four and six cylinder engines

The new Mercedes-Benz E-Class Coupe has made public debut at the 2017 NAIAS (North American International Auto Show). The interior has received same treatment and technologies as seen on the sedan and estate versions with dual-screen 12.3-inch digital displays for instrument cluster and infotainment system coordinated perfectly. The entry-level model gets two round dials with a 17.8cm color display cluster and a central display with a 21.3 cm screen diagonal. 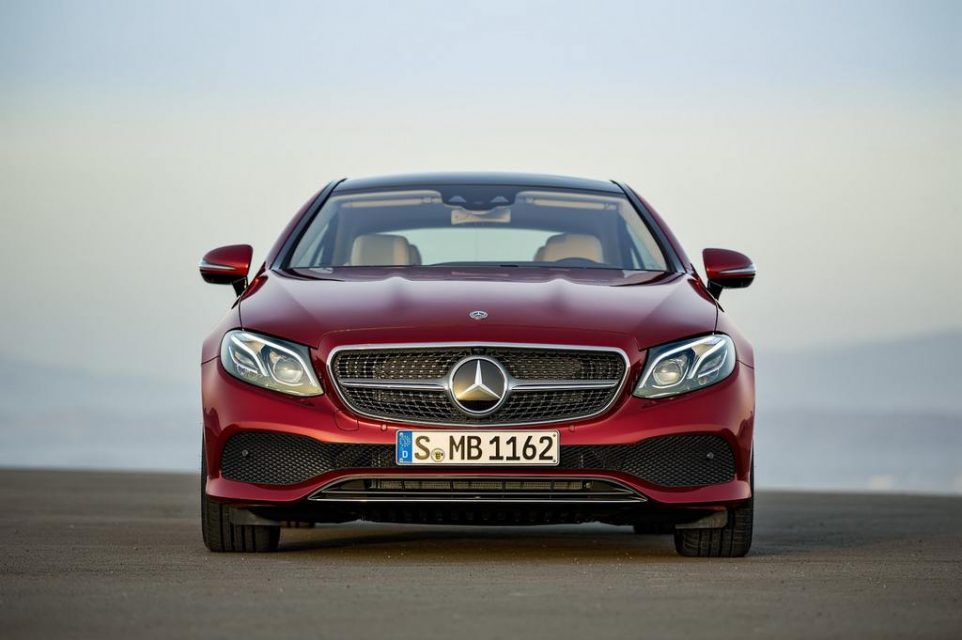 The E-Class is one of the versatile ranges within the Mercedes family and has largely been put to good effect as it is a major contributor in terms of sales globally. Having the capability of spawning different body-styled models, the new E-Class Coupe has its shoes to fill and target potential audience. It adapts all the striking details of the E-Class but resembles coupe version of C-Class and S-Class in terms of design.

It boasts third side window, rakish roofline, sleeker and longer tail lamps, dual power domes on the bonnet and less pronounced side character lines defining its Coupe siblings. Plainly speaking, the two-door version of the E-Class has the exterior carried forward from the regular executive sedan. Think of it like, the way S-Class Coupe looks retaining the outer body of its larger sibling. 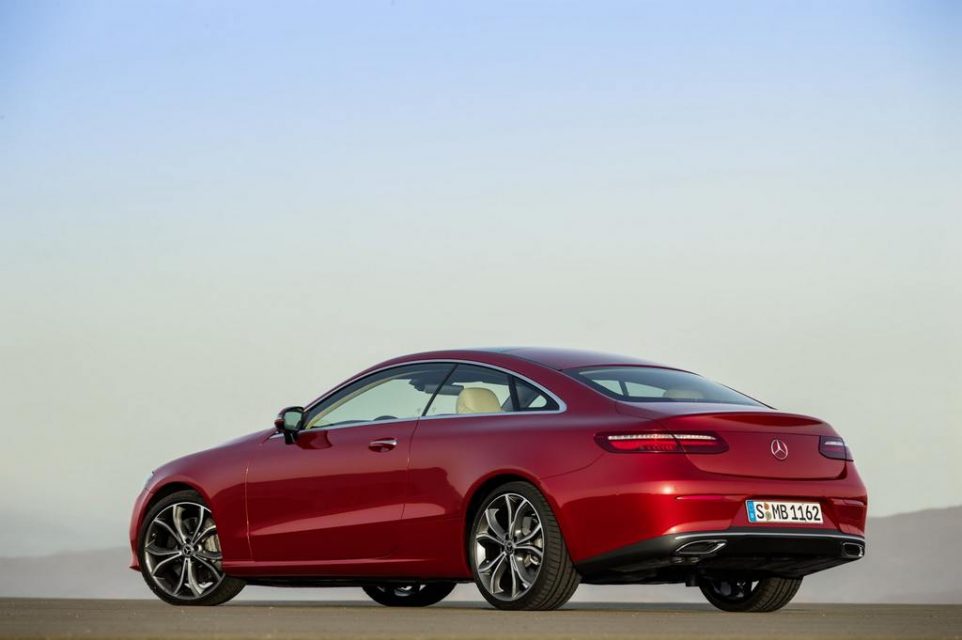 With the E-Class already demonstrating a prettier exterior, the sportier 2017 Coupe with just two doors ups the ante further. Mercedes confirmed four models for Europe including the 191 hp E220d with a 2.0L inline-four diesel, 181 hp E200 and 242 hp E300 powered by a 2.0L turbo-four petrol and the E400 4Matic with 328 hp twin-turbo V6 petrol.

All models are equipped with 9G TRONIC nine-speed automatic transmission as standard but in different RWD or AWD guises. More engines will be added later like the powerful AMG-tuned 4.0-litre twin turbocharged V8 making 604 horsepower and 850 Nm of peak torque being transmitted to all four wheels through a nine-speed automatic transmission in the 63 and 63 S AMG versions. 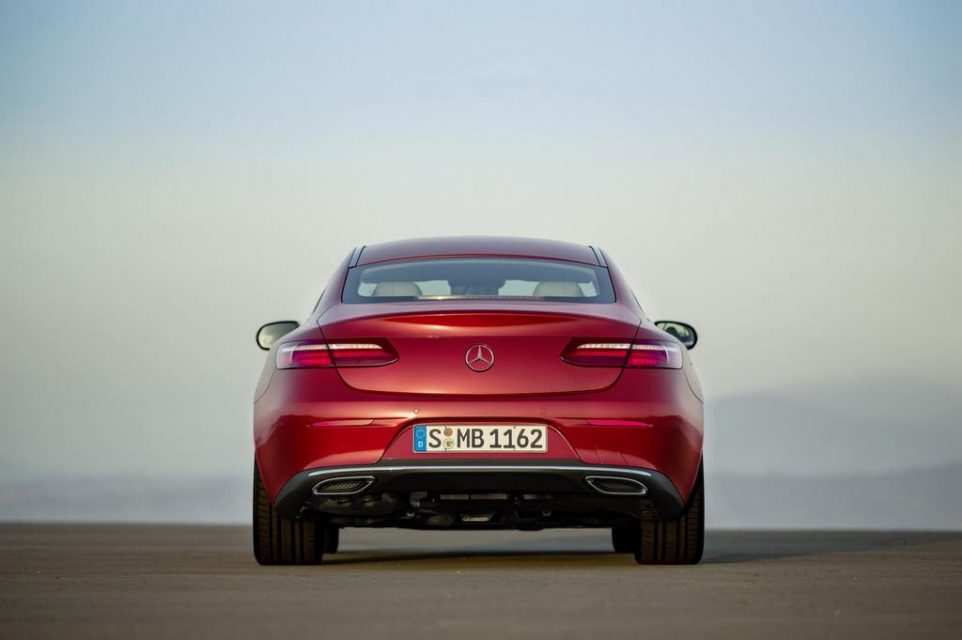 Customers will have the option to choose Dynamic Body Control system, Air Body Control with multi-chamber air springs, base steel-sprung Direct Control system along with other safety and comfort features. The new E-Class Coupe will greet buyers in Europe and North America in the summer of 2017. The standard petrol and diesel engines will be equipped with latest turbo, fuel saving and performance techs depending on different driving modes.