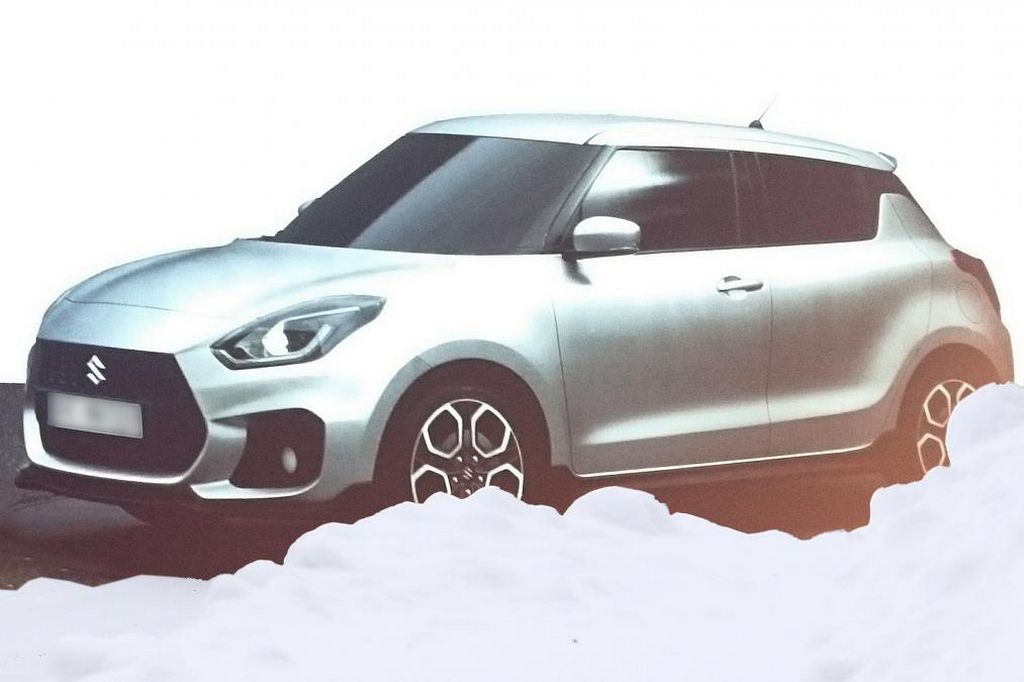 2017 Maruti Swift Facelift leaked online; it could adapt an evolutionary design language and be built on lighter platform

Pictures have been leaked of the mutative design of the futuristic Suzuki Swift online. The new hatchback could be the next generation model for the rather obsolete Swift that has been running successfully in India for several years now.

The leaked images are from a dealer press conference that displayed an outright futuristic design language Suzuki has followed. Looking at the exterior and interior design, you could still say the basic shape remains intact but there are more than just finer details that make the hatchback evolutionary. The pictures signify not only the Swift hatchback but also its sporty variant the Swift Sport says Auto Express who released them on the internet. It is more likely to be introduced in the European markets in the early parts of next year before becoming available elsewhere including in our domestic compact hatchback segment.

The prominent exterior changes made to the new generation Swift are a floating roofline just as seen on the recently launched Vitara Brezza subcompact SUV but more sportier to suit the hatchback body. The front grille has been tweaked and now receives hexagonal treatment to spur up an aggressive face. The headlamps are now sharper with a new design and shelters LED daytime Running Lights. The air intake has become larger in size while the fog lamps occupy more area than it used to be. At the rear, the sporty silhouette stays alive but just ahead the C-pillar has been darkened with wraparound tail lamps and there are substantial crease over the hatch door.

The hidden door handles reminisce the ones found on the Chevrolet Beat and Mahindra KUV100 as they are moved up to allow for a funky appearance of the side profile. On the inside, the changes are easily notable as the hatchback sticks by more premium design which could eradicate the plastic material touches the company has often been moaned for. The new-gen Maruti Suzuki Swift will sit on a lighter platform based on the Baleno premium hatchback with better crash structure and protection shell. The Sport version could follow suit in 2017 with larger brakes, improved handling, contrast stitches, sporty body kit, larger wheels and much more.

As for the powertrain, the all-new Swift could adapt the 1.2-litre K-Series engine alongside the 1.0-litre Boosterjet unit. The gearbox options should more likely be a five-speed manual and an Automated Manual Transmission. The Swift Sport may come with a 1.4-litre petrol with a six-speed manual gearbox but the chances are very sparse.