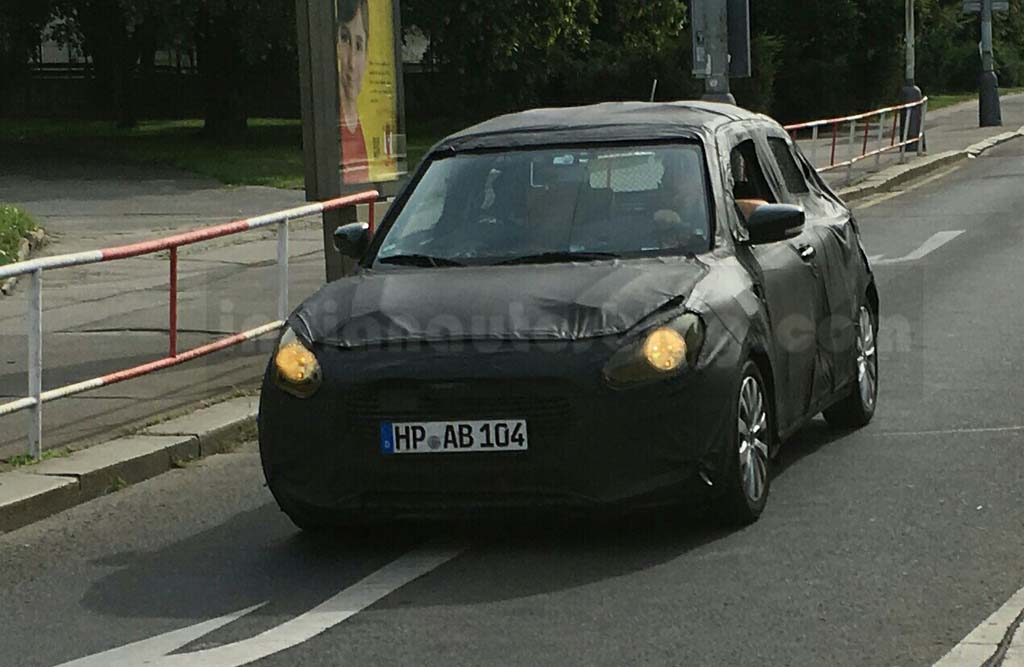 According to our trusted sources, the best-selling subcompact sedan in the country, Maruti Suzuki Dzire, will be launched ahead of the arrival of new generation Swift hatchback. The numerous spyshots and renderings emerged over the last few months suggested the global reveal for the highly popular hatchback to be this year. More precisely, Suzuki is expected to showcase the model at the 2016 Frankfurt Motor Show in Germany this September.

Amidst the speculated details on the new generation Swift which will be a complete evolutionary overhaul from the existing fifth generation global model, no confirmation has officially been made from Suzuki yet on its launch. The Suzuki siblings, the hatchback and Dzire sedan, were an instant hit as soon as they entered our domestic market but lately the Swift’s sales have fallen due to the arrival of Baleno and Vitara Brezza from its own breading ground.

Last month’s sales data placed Swift in sixth position as it had been beaten by Renault Kwid. While the Indo-Japanese conglomerate can bank on the new generation Swift to ramp up the sales, a freshly designed Dzire sedan would become an attractive prospect as well. Before the India launch of the Swift, expected late next year, the Dzire has been slated to go up for sale as revealed our trusted sources.

As both of them carry a similar design language, the entire styling approach will be applied to the sedan for maintaining close proximity. It could be based on a new, lighter and rigid platform that debuted in the Baleno and thus lower kerb weight and agile handling are expected.

The front grille could be extensively revised with hexagonal treatment besides sharper headlamps with a new design housing LED Daytime Running Lights.

The air intake and fog lamps are reported to occupy more space than they currently do. At the rear, the sporty silhouette stays put with darkened C-pillar and additionally the overall appearance is predicted to be enhanced by wraparound tail lamps, black bumpers and push-through exhausts. The hidden door handles resembling the Chevrolet Beat and Mahindra KUV100 could be introduced as well.

The interiors are likely to be carried over from the upcoming Swift with more cabin space as it sits on Baleno’s platform. The revised features include a new flat bottom multi-spoke steering wheel with mounted controls, large two-pod instrument binnacle with multi-info display wedged in the centre, revised HVAC controls, upgraded AC system, improved buttons and dials, touchscreen infotainment system with Apple CarPlay taken from Baleno, climate control, contrasting fabric stitches on the door trims and dashboard, etc.