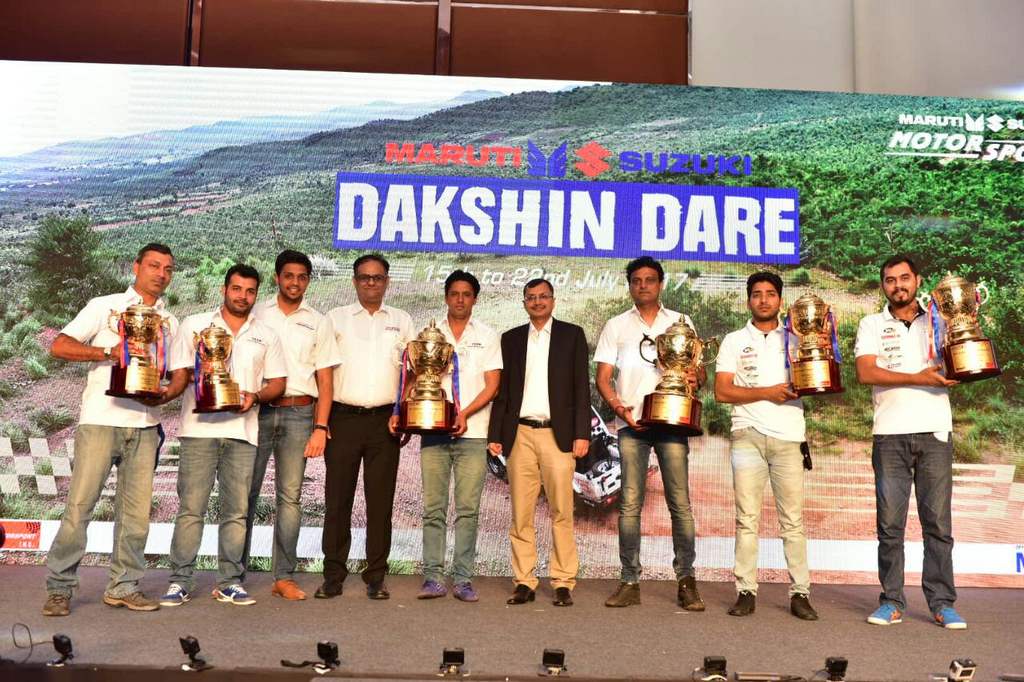 Maruti Suzuki India Limited (MSIL) kicked off the ninth edition of its annual southern motorsport rally, Dakshin Dare, from Orion mall in Bengaluru. For 2017, the event saw over 180 entries of the rallyists and moreover there was the addition of a new route for the first time in its demanding and storied history. Not restricted to the grueling terrains of South India, the 2017 Maruti Suzuki Dakshin Dare features terrain parts of West to substantiate the excitement and challenges.

The rallyists maneuvered through the spellbinding terrains of Chitradurga, Belgaum, Kolhapur before the final leg in Pune. It was followed by a prize distribution ceremony today. The rally has been receiving encouraging response every year. Last year, new test tracks were introduced to take the participation to a whole new level. Carrying on the same momentum, the rally, which was divided into Endurance, Ultimate Car and Ultimate Bike categories, witnessed competing teams covering an estimated 2,000 kilometres over the span of 6 days. 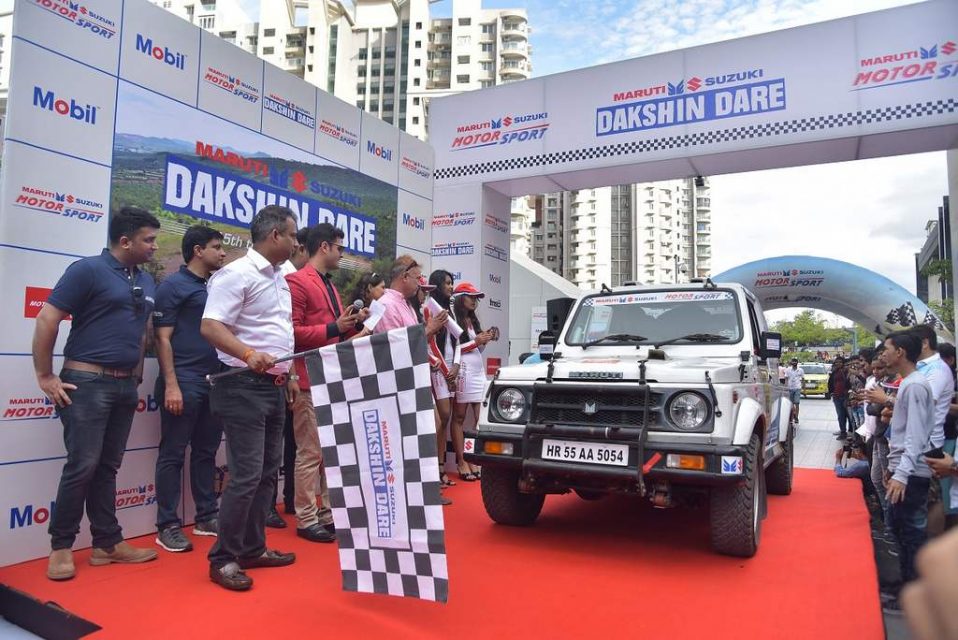 Ahead of the event, all the competitors underwent scrutiny check to ensure safety. The 2017 Maruti Suzuki Dakshin Dare is as fierce as ever courtesy of the highly talented drivers like Team Maruti Suzuki’s defending champions Suresh Rana and Aswin Naik driving the Grand Vitara and, Sandeep Sharma and Karan Arya piloting Maruti Suzuki Gypsy in the Ultimate Cars category. In the Endurance Car class, the Vitara Brezza driving Jagmeet Gill and Chandan Sen and Karthik Maruthi and Sankar Anand driving the S-Cross were expected to fight till the finish.

As expected, Suresh Rana and Ashwin Naik were crowned winners in the Ultimate Cars category and T Nataraj in the Ultimate Bikes class. At the conclusion of the event, Mr. Tarun Garg, Executive Vice President – Marketing, Maruti Suzuki India Ltd. Said that Dakshin Dare has gained a strong foothold in the motorsports community in South India since its inception as evident from the increase in number of participants. 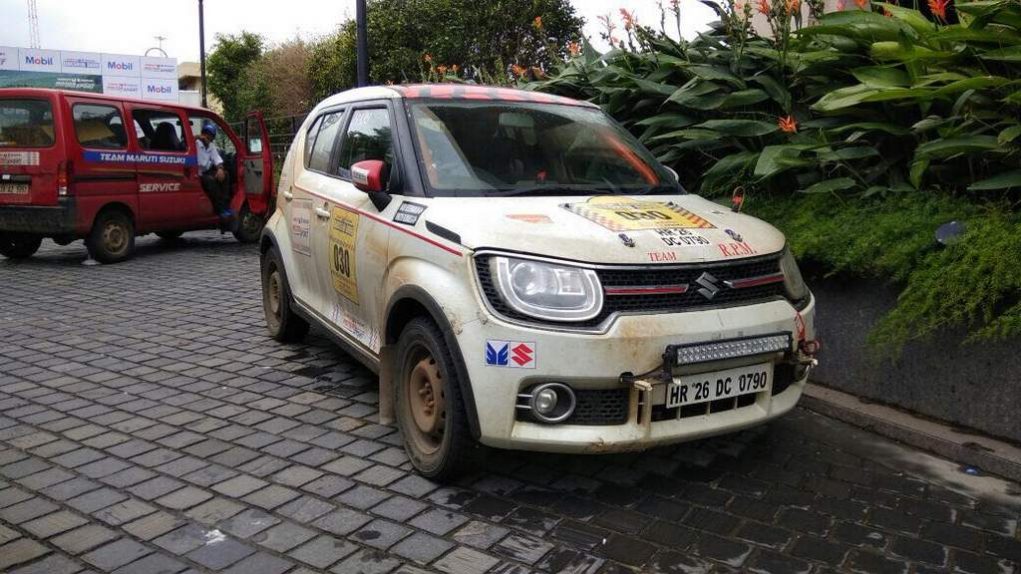 Driving the rally-prepped Grand Vitara, Rana and co-pilot Naik were followed by Samrat Yadav and S N Nizami in second position while Sandeep Sharma and Karan Arya rounded out the podium in third. Rana acknowledged the toughness of the rally with more participant coming in and having to endure a new route amidst elated to win the competition for the second year running.

In the Ultimate Bikes category, T Nataraj managed to get the better of Abdul Wahid and Sanjay Kumar. Driving the rally prepared Swift, Subir Roy and Nirav Mehta triumphed ahead of S-Cross piloting Karthick Maruthi and Sankar S Anand and the pair of Raghu Nandan and Prakash M ending up in third position in the Endurance Cars division that ran on TSD format. All three categories have endured close finishes pointing towards the evenly matched competition. 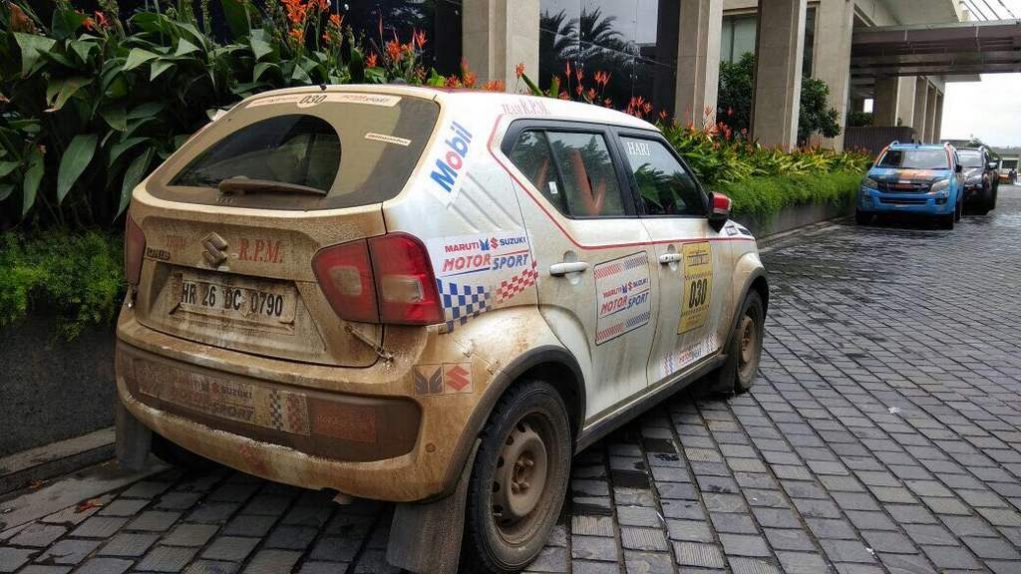