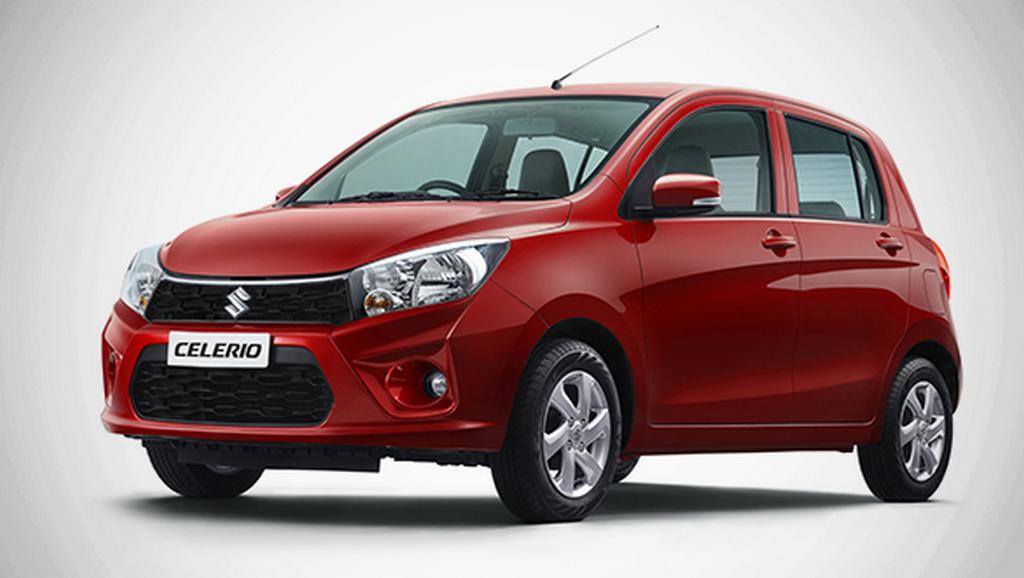 Maruti Suzuki Celerio is one of the most popular and bestselling hatchbacks from the Indo-Japanese automaker. Launched in 2014, the outgoing model was certainly due for a makeover and it now comes with a refreshed appearance. The Celerio can be credited as the affordable model responsible for making AMT transmission a reality for the masses.

Due to the less than desirable looks and increased competition from new rivals like the Renault Kwid and Tata Tiago, the Celerio has lost ground by a certain degree. In order to stand its stead in the first-time buyers’ volume small hatchback segment, there has been some essential changes made but they are not substantial. 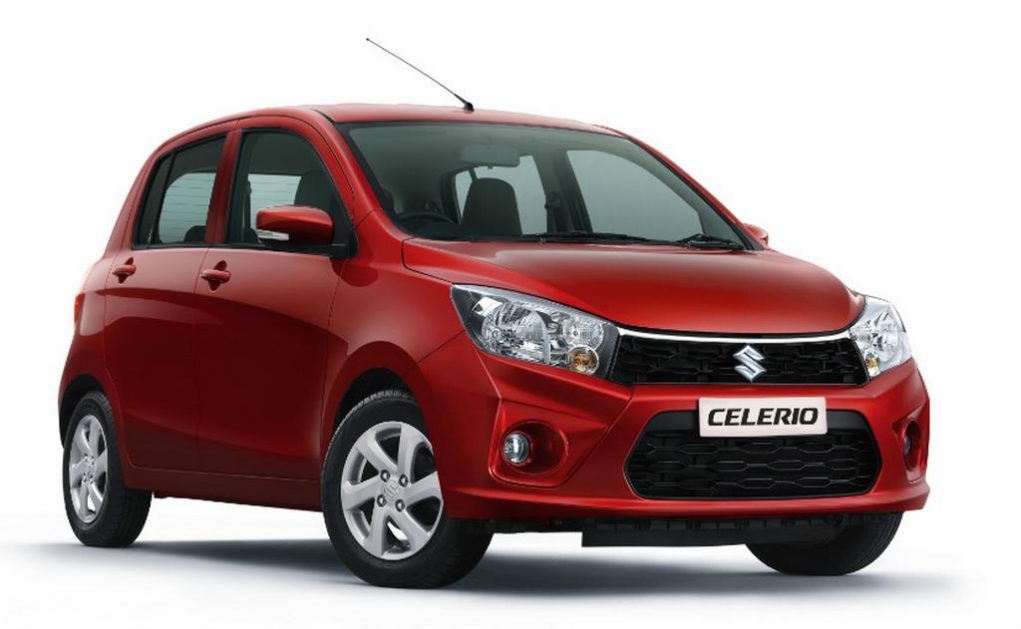 It features an updated exterior and interiors accompanied by improved features list to take the challenge right into the ballroom of Renault Kwid. The safety features have been improved by quite a lot as well. Maruti says over three lakh units were sold in less than three years of Celerio’s reign in the market.

The Celerio has nearly 36% of customers opted for AGS variant during April-September 2017. At the same time, the top-end Z variant contributed 48% to the overall sales. Maruti says its AGS success has encouraged the brand to introduce AGS technology in other models. Here is everything you need to know about the refreshed Maruti Suzuki Celerio which aims more good sales during this festive season:

The facelift comes with no change in pricing as the LXi base variant carries a sticker tag of Rs. 4.15 lakh and it goes all the way up to Rs. 5.34 lakh for the range-topping Zxi (O) variant (both prices, ex-showroom Delhi). Here is the variant wise price list for your reference: 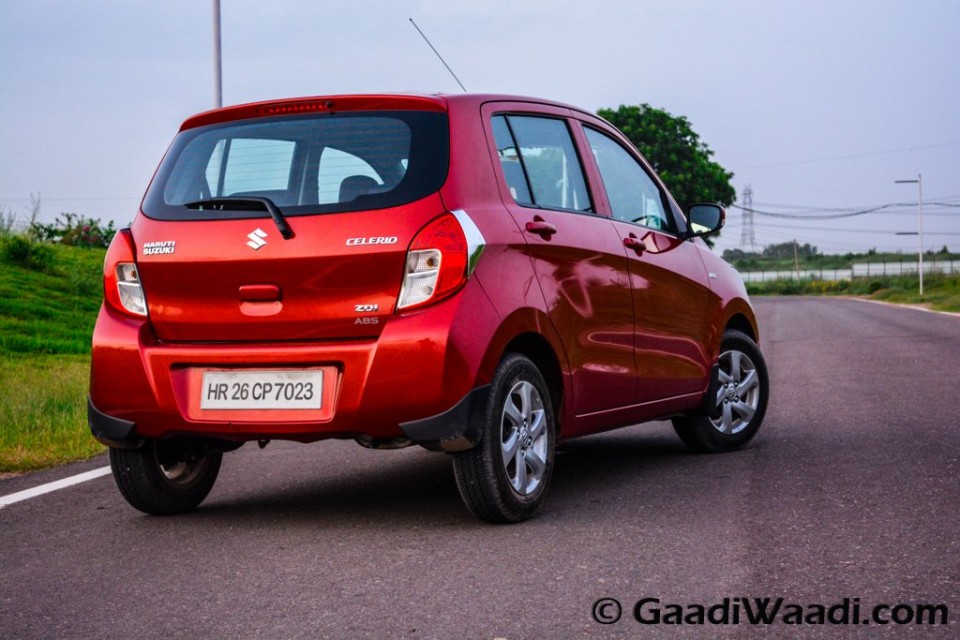 On the powertrain front, the refreshed Celerio gets power from a 1.0-litre K10B three-cylinder petrol engine capable of churning out 67 bhp of peak power at 6,000 rpm and 90 Nm of peak torque at 3,500 rpm. Transmission duty is done by a 5-speed manual gearbox and there is a very popular and much appreciated AGS also.

The CNG equipped engine is only offered in the VXi trim and it makes 59 bhp at 6,000 rpm and 78 Nm at 3,500 rpm and is mated to a five-speed manual only. Maruti Suzuki has made no changes on the mechanical front. In a price sensitive segment like the one the Celerio competes in, significant risks are seldom taken.

The updated Celerio should be capable of delivering a top speed of around 150 kmph as the existing model and it could get a little less for the CNG powered model.

The fuel economy figures for the Celerio have not got any improvement either. The petrol powered variants will have claimed economy of 23.10 kmpl while the CNG is ARAI certified to return 31.79 kmpl.

The facelifted Celerio comes sporting a slightly revised front fascia but in-line with the current model’s profile. Up front, the 2017 Celerio features a more matured face with the axing of the twin silver line connecting the headlamps. 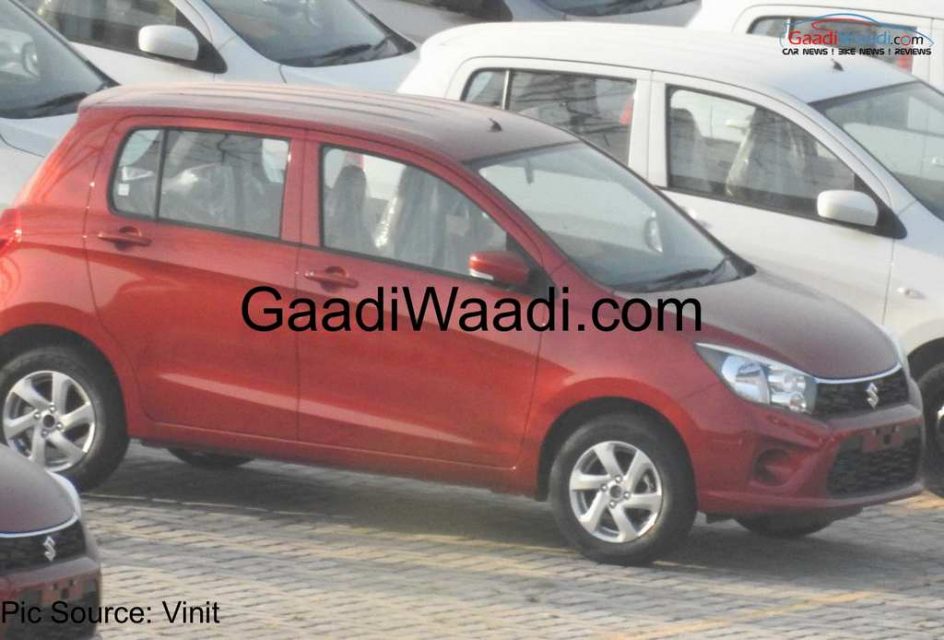 The bumpers have been made sportier and revised with the lower grille being enlarged for more bold appeal. There is also presence of a slightly upmarket honeycomb black mesh grille.

There is a new back door garnish and the rear bumper has been designed to bring a fresh appearance. The newly designed fog lamp bezels flank the car’s sides and aids in enhancing the visual width of the little hatchback. 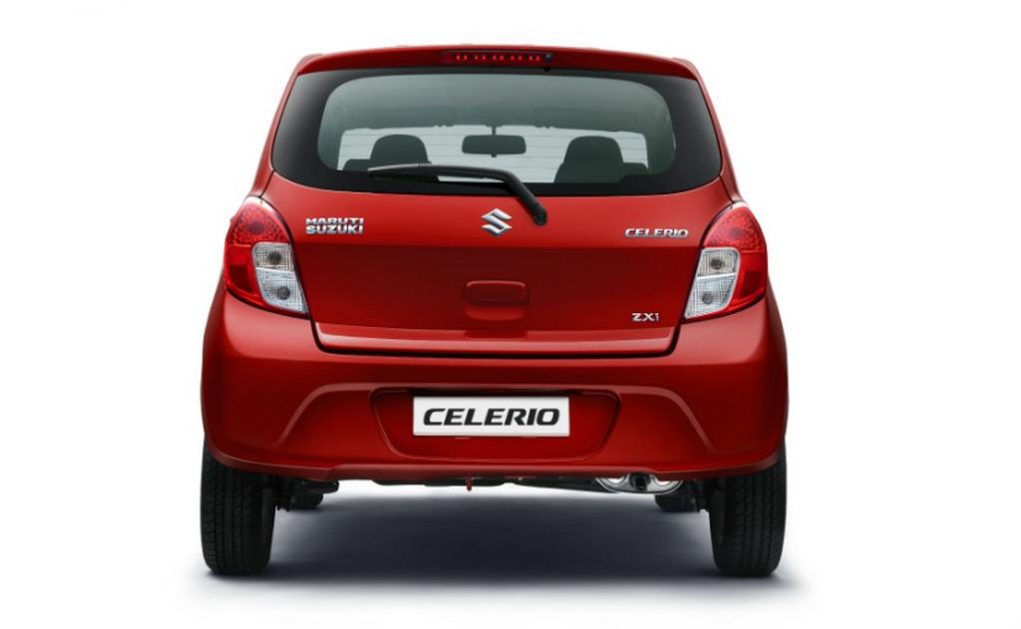 The alloy wheel design remains the same though while other convention elements are left untouched from the outgoing model. The rear-end carries same design as well.

Proportion wise, the new Celerio continues to replicate its predecessor. It measures a length of 3,600 mm, width of 1,600 mm, height of 1,560 mm and has a sufficient wheelbase for its segment at 2,425 mm. The fuel tank can be brimmed to reach a capacity of 35 litres. 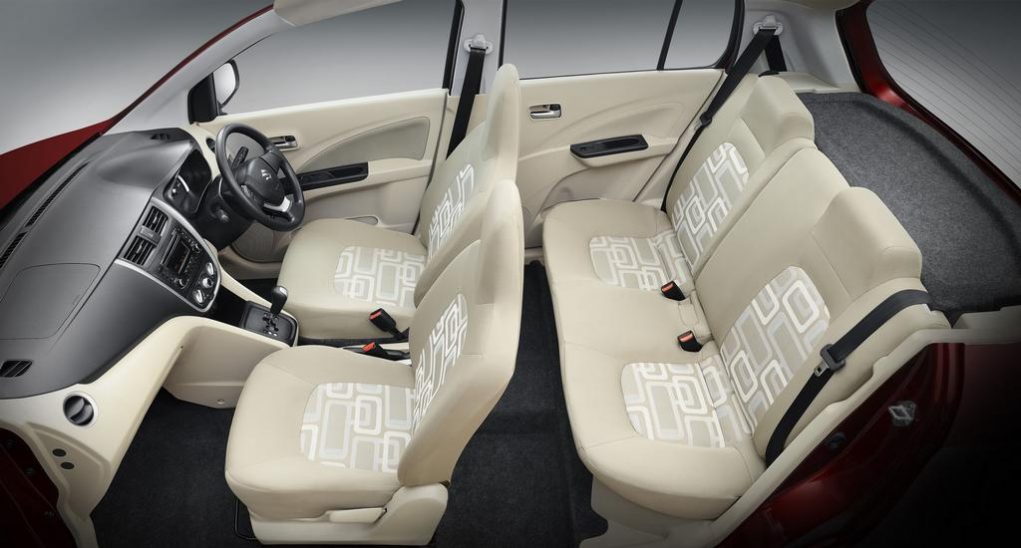 Maruti Suzuki did not play around with the ground clearance of the Celerio facelift. It currently stands at 165 mm as before.

As the dimensions of the new Celerio stay the same, so has the maximum volume in which the trunk can hold. It stores 235 litres of your essential carrying stuff.

The new Celerio has tyre size of 13-inches for the entry-level variants while the top-end ZDi models get access to 14-inch steel wheels.

Maruti Suzuki has introduced high contrast interior with black and fresher greige offering an enhanced look to the cabin. In addition to the greige seat trims with new abstract pattern, there are silver accents, fresh seats and door trim fabric design. 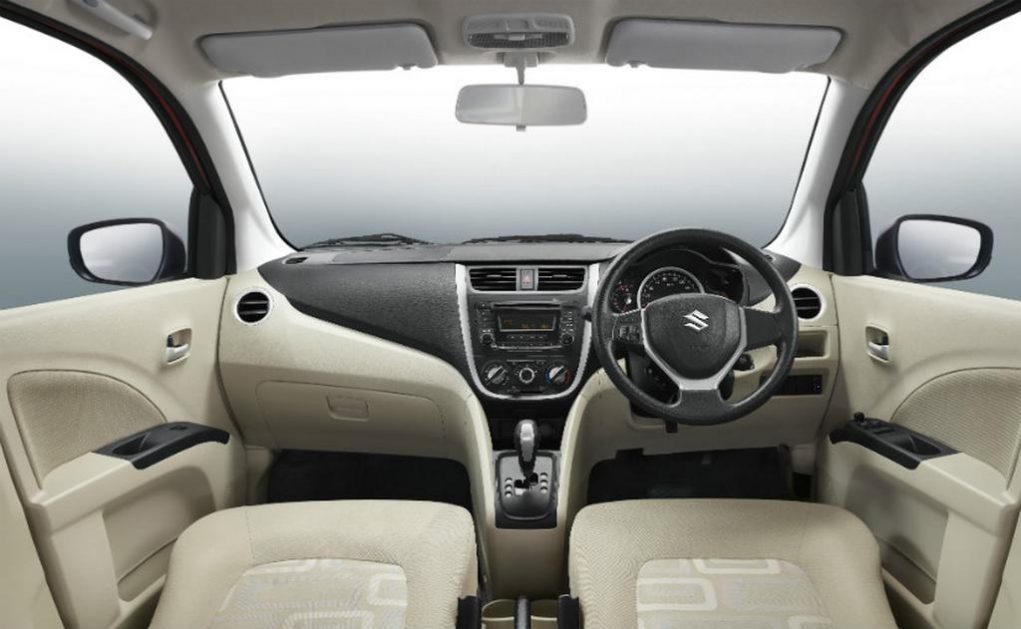 The all-new Celerio meets pedestrian, offset and side impact regulations and is the seventh model from the company to meet new safety norms ahead of its timelines. Other Maruti models that met safety regulations are S-Cross, Baleno, Ciaz, Ertiga, Ignis and Dzire.

The new Celerio comes with standard driver side airbag and also comes packed with driver side seat belt reminder to propagate use of seat belts. Passenger airbags and ABS are offered as an optional variant across all trims. The overall design layout of the cabin remains the same. The top-end trim features Bluetooth enabled music system and electric wing mirrors among other equipment.