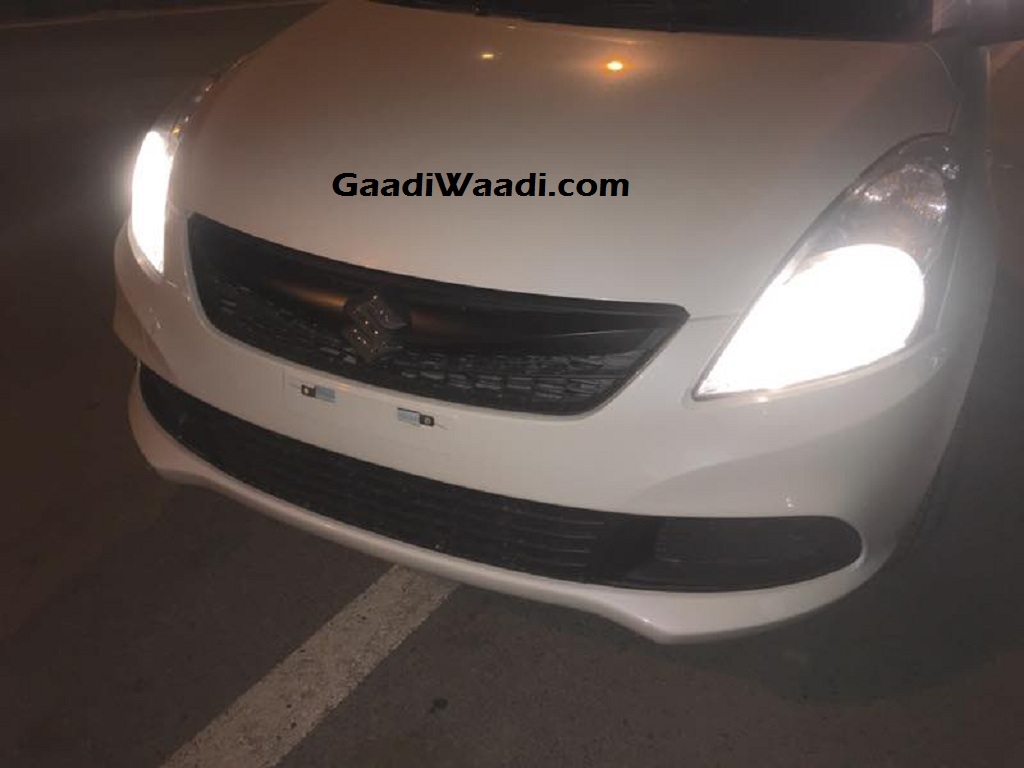 2017 Swift Dzire Tour is based on the entry LXi (o) variant of second generation Dzire sedan; gets powered by either 1.2L K-series petrol or 1.3L DDiS diesel

Maruti Suzuki has the subcompact sedan segment ruled by its Swift Dzire ever since it entered the Indian market. The second generation of the sedan was launched in 2012 and it was a thorough departure from the original Dzire. Based on the third-gen Swift compact hatchback, it measured less than four metres in length and shared engines with its popular sibling.

With changes to the suspension and introduction of dual-tone beige and black interiors in contrast with the Swift’s all-black theme, it stamped its authority with a very aggressive price range. It gave way for a new version in February 2015 with more refinement version and was rated as the most fuel efficient diesel car in the country. 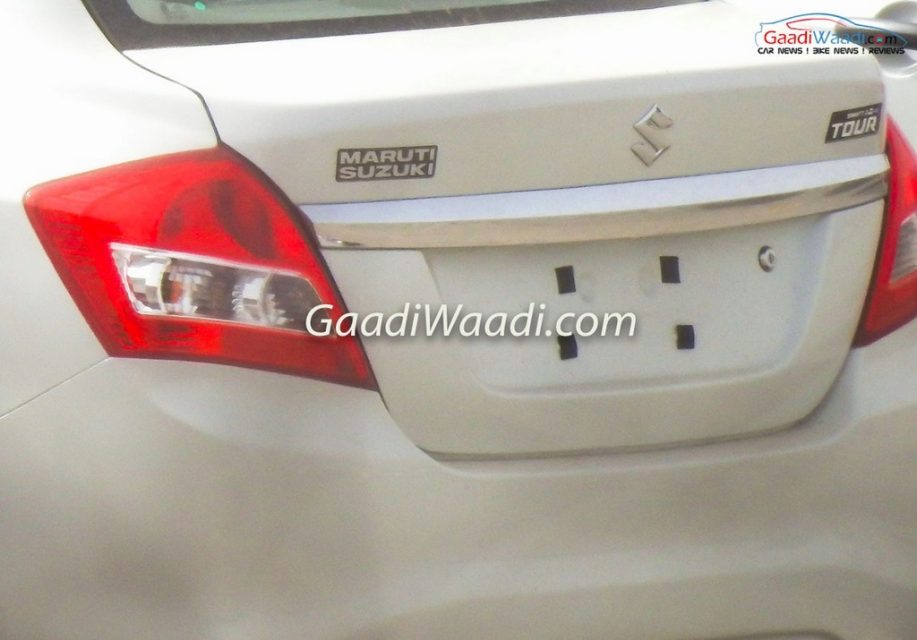 Later, a four-speed automatic in petrol and five-speed AGS automatic in diesel entered the scenes. The Swift Dzire’s overall monthly sales figure is not just decided by the existing model though as the first generation version has for years being used as the Tour model addressing the needs of fleet and taxi operators.

We exclusively reported that the production of the original model being so far badged as Dzire Tour had finally come to an end after nine years and it would be replaced by the second generation Dzire. Due to the bigger proportions over the standard model, the Dzire Tour has been a big hit compared the taxi versions of its rivals like the Tata Zest and Hyundai Xcent. 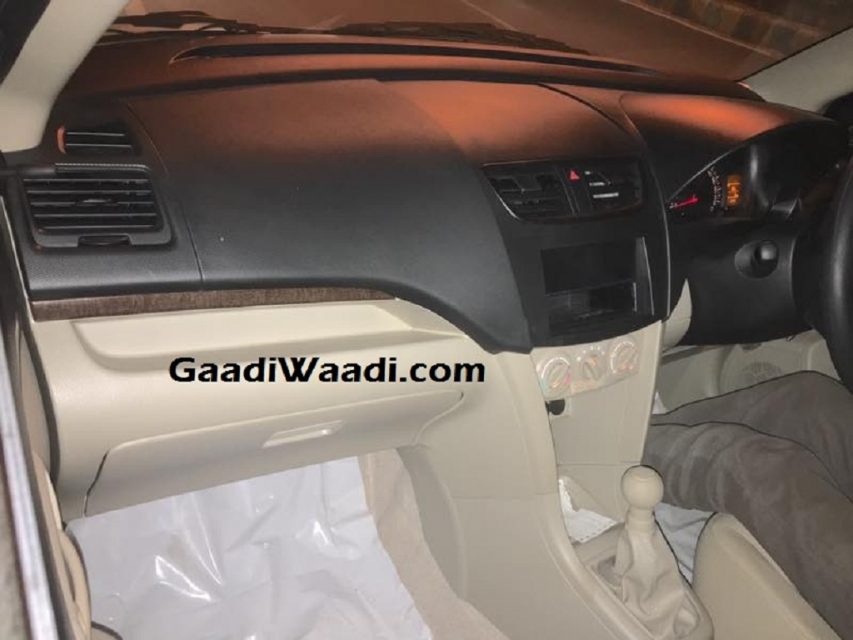 Also Read: 2018 Maruti Suzuki Swift – All You Need to Know

The new version, which we spotted inside and out a few days ago has finally been launched in India. It will offer the occupants better comfort comparing the last two generations of the standard Dzire.

The Indo-Japanese automaker reduces the luggage capacity at the back as more than 120 litres of bootspace has been shaved off in the new Dzire Tour 2017 due to its sub-four metre length. Standing in line with the next-gen Dzire, the “Swift” name has been dropped on the Tour model.

The 2017 Maruti Dzire Tour has been priced at Rs. 5.25 lakh for petrol and Rs. 5.99 lakh for the diesel version (ex-showroom, New Delhi). Maruti Suzuki seems to be availing plenty of discounts on both the variants of the new Dzire for increased number of sales.

The outgoing Dzire was sold with the proven and fuel-efficient 1.3-litre DDiS diesel engine that makes 75 bhp of maximum power at 4,000 rpm and 190 Nm of peak torque at 2,000 rpm. Sending power to the front wheels is though a five-speed manual gearbox.

For the new taxi, however, it is accompanied by the 1.2-litre K-series petrol motor that develops 86 bhp at 6,000 rpm and 114 Nm at 4,000 rpm. It will likely be sold with a CNG kit as well in the future. The features are still entry-level though as the 2017 Dzire Tour is based on the entry-level LXi (o) trim of the standard model as you can seen in our interior shots. 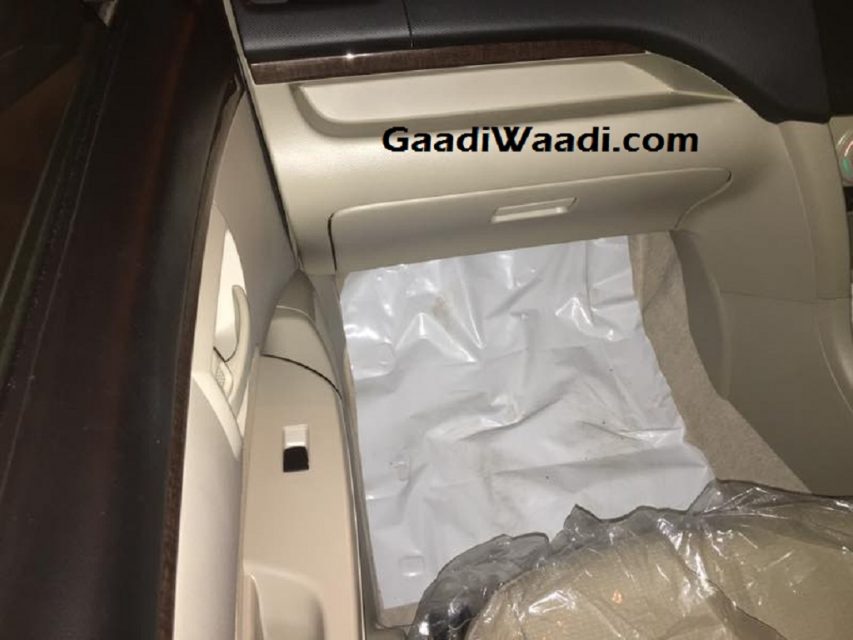 The exterior is basic too with black plastic grille, black wing mirrors and fog lamp area but the hideous black treatment at the front and rear of the outgoing model have given way for the body-coloured bumpers. The headlamps are not much angular as it is based on the second-gen regular Dzire.

The interior has black and beige theme with seats upholstered in beige while devoid of an audio system. Other important features are faux wooden trim, manual AC, power windows, 14-inch steel wheels and multi-info display.

The second generation Maruti Dzire Tour is proportionally as similar to its standard sibling. It measures about 3,995 mm in length, 1,695 mm in width, 1,555 mm in height and features a wheelbase of 2,430 mm with 170 mm ground clearance.

For the first time, the Maruti taxi will be sold in multiple paint schemes. The DZire Tour comes available in a choice of Arctic Pearl White, Silky Silver and Midnight Black colour options.