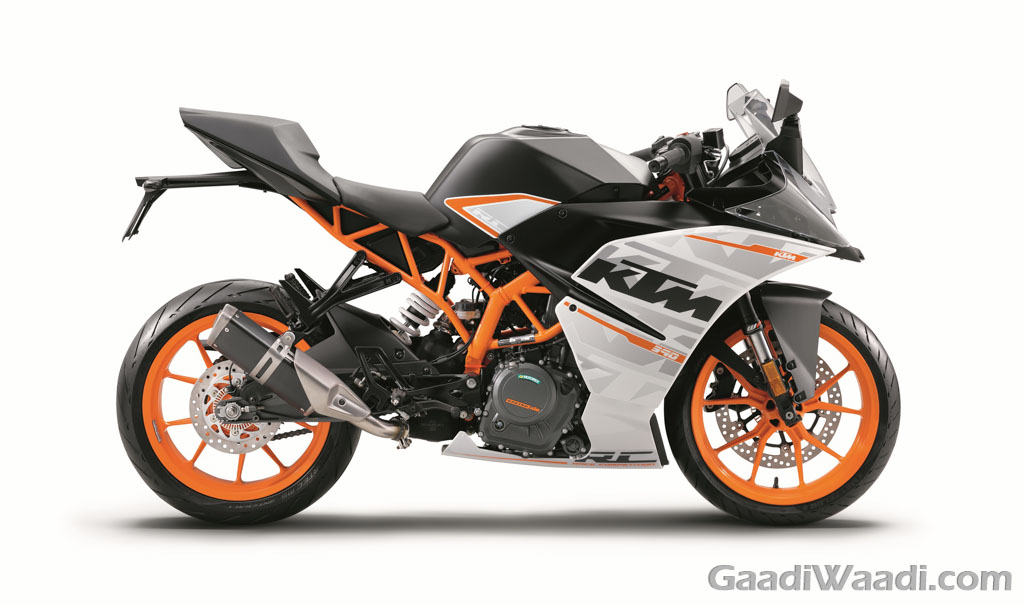 KTM motorcycles need no explanation in India. Just like the Pulsar’s they have revolutionized motorcycling in the upper half of the segment and Pulsar’s continue to go with the same flow as before. Just like what Bajaj did with their Pulsar since inception was updating them regularly but not entirely. Those times, costs, and emission standards were different and today’s time are different. KTM is also taking the route as it wants to comply with all norms, safety or emission and keep the enthusiast happy as well.

KTM has said that post 2017, all new Duke and RC 125, 200 and 390 will be different than they are now. Major shuffling in parts, engineering, feel and character of the motorcycle is set to change. Bajaj will help them again and these motorcycles will continue to be made in Chakan itself, adding and expecting same kind of value from the motorcycles of the past. KTM has set itself a target of 200,000 units for the year 2016, which is 20,000 more than last year. These numbers account for global sales of the Austrian brand. Bajaj will raise production from 60,000 to 100,000 units to meet this target. Clearly KTM doesn’t want anything stopping them in terms of sales or any government norms they may come by.

Like we saw a minor change in the KTM Duke 390 and 200 in the year 2015 as they got refinement updates all around and the 390 got slipper clutch. 2016 saw RC 390 get even more changes such as ride by wire throttle system which has just been introduced so that fueling can be controlled better and emission can be better. Despite that we are getting a new side mounted exhaust for 2016 and other bits that were seen in the 2015 Duke as well. These 2016 year changes should follow Duke as well and by 2017 they will comply for all norms and 2017 bikes will be ready internally for even future norms that would come in the year like 2020-2022.

Like we told some time in the past that Husqvarna is all set to be made in India as well, Bajaj-KTM confirm that it is all set to happen in late 2017. We could see the bikes being sold in India, or maybe not its very dicey to talk about something like this right now. Vitpilen 125, 200 and 390 parts will be sourced from Chakan and could be assembled in Austria and give an edge with to KTM just like how Pulsar’s have an edge thanks to KTM motorcycles. We personally think that the Husqvarna will take old KTM platform and KTM will adopt a new platform and hence cost effectiveness and profit levels can soar even higher without anybody getting disturbed. KTM still needs to provide the proper racing culture here in India and it continues with small events such as Orange days and rides and one make championship should be a bigger event to woo riders and racers.

All in Bajaj-KTM continue to have great plans for enthusiast not just for India but around the world. Husqvarna will come back to life which is a great move by the company and enthusiast for the motorcycles can finally rejoice. 500-800cc motorcycles from KTM will be built by Bajaj itself and initial stage of work on them has begun since some time now. Great things lie ahead and are coming out without hurting the enivonment and pockets from the factory at Chakan