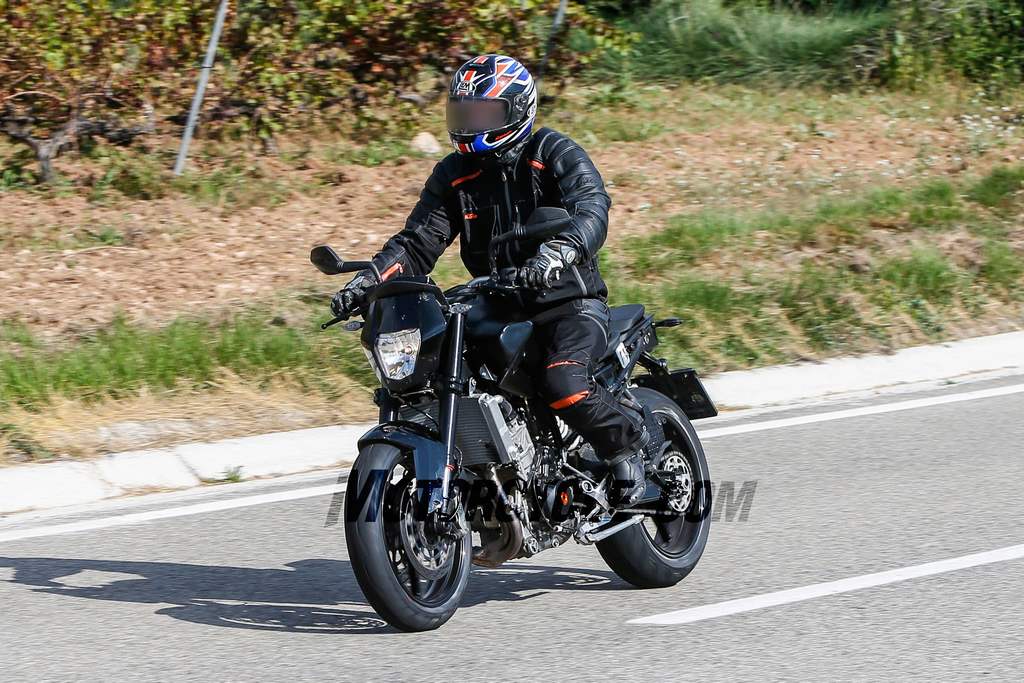 There’s no secret that KTM is developing an all-new twin-cylinder 500 cc and 800 cc bikes in India, taking advantage of the less cost in manufacturing and final selling cost of the finished product for one of the highly successful performance segment-based motorcycle markets in the world. As an added reward, the KTM motorcycles made locally are sold in a competitive pricing at the international markets like the RC 390 and Duke 390.

Courtesy of Motorcycle.com, spy images of what could be KTM 890 or Duke 590 with the parallel-Twin engine have surfaced on the internet. This could as well instigate a fresh adventure range of bikes based on a new platform and possibilities are that they might be rolled off the production lines as soon as 2017. 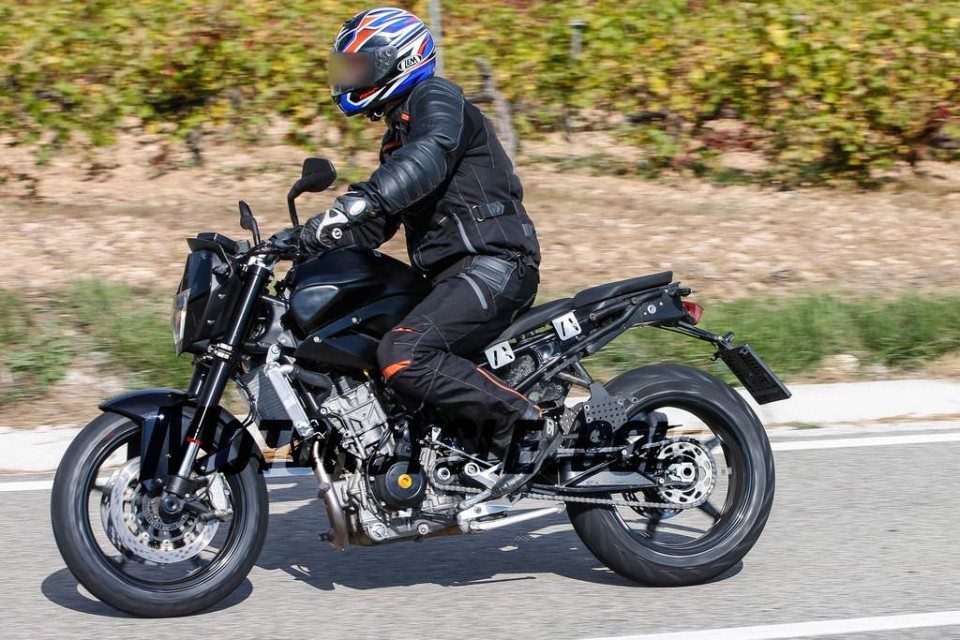 The power unit looks incredibly short front-to-back as the countershaft sprocket positioned so close to the location of crankshaft can be seen from the zoomed-in picture. It could bridge the gap between 690 Enduro and the 1190 Adventure with a displacement of over 800 cc and power figure of nearly 100 hp at the rear wheel to rival against BMW’s 798cc parallel-Twin.

Other than the engine, the motorcycle was riding on the conventional steel trellis subframe and featured WP fork up front, radial mounted Brembo disc brakes and KTM’s signature external swingarm. Cosmetically, it has upright riding position, passenger footpeg with multiple holes for testing purposes, 120/70 and 180/55 17-inch wheels, heat shield for rider’s feet protection, unique exhaust exiting on the right-hand side to comply with stringent Euro emission norms, etc. It appears to have shared some of the components with the current Duke 690 as well. 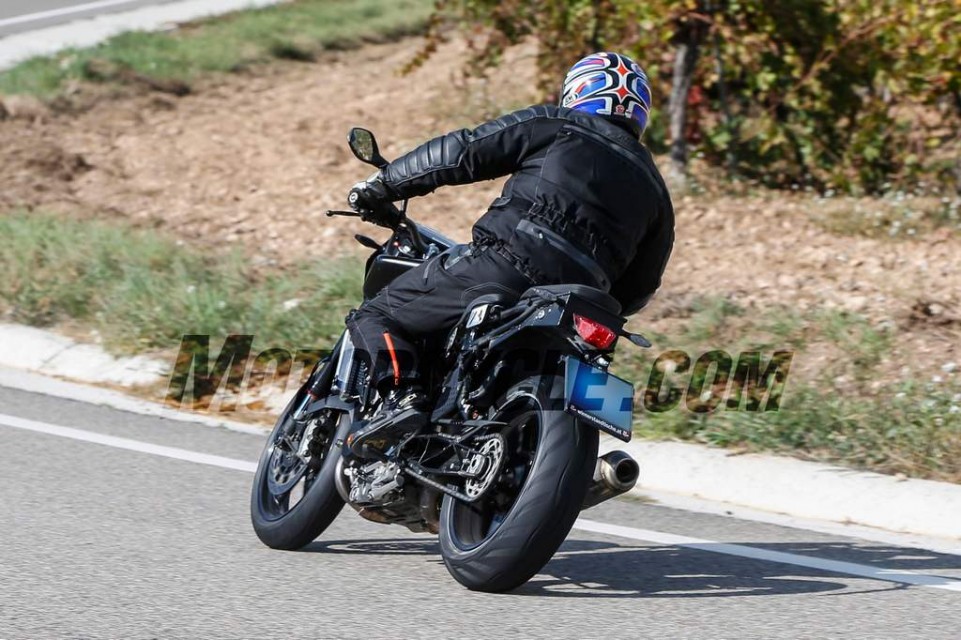