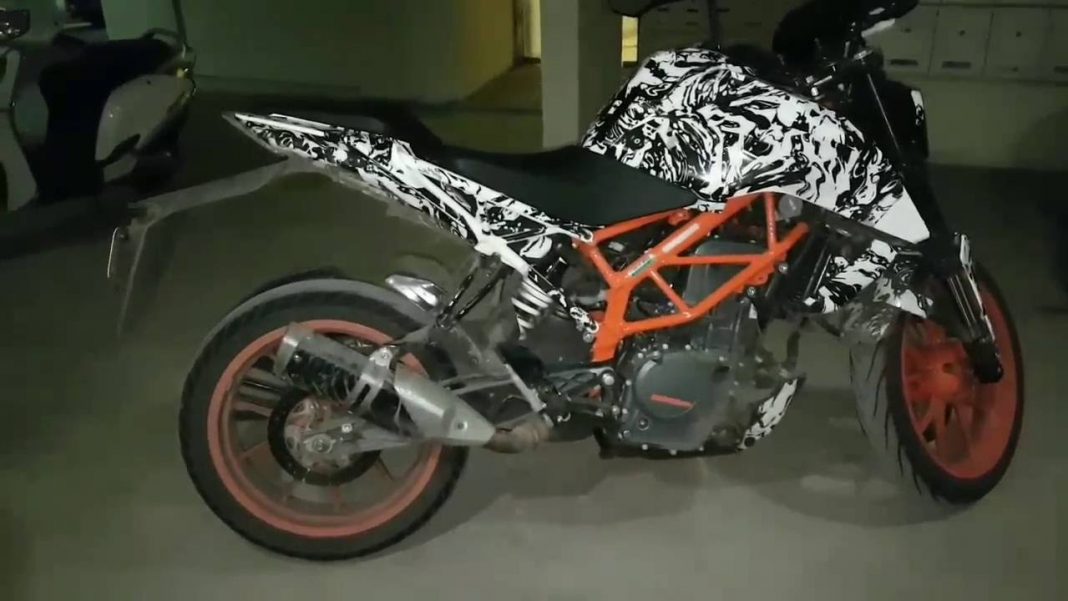 The 2017 KTM Duke 390 has been spotted quite some time going through road tests. Now a test mule was spotted on a parking lot and here we have the detailed video of the upcoming 2017 KTM Duke 390. The bike is expected to make its global debut at the 2016 EICMA in Milan later this year. The Austrian sportsbike will hit the Indian market sometime in next year only.

The 2017 KTM Duke 390 comes much sharper, aggressive and sportier than the outgoing model. The bike gets LED headlamp which comes in vertically split appearance. The fully digital instrument cluster sits on top of the headlamp cowl. The fuel tank comes very aggressive and sculpted with its muscular look, and the extended fairings at both sides.

The rear fascia of the 2017 KTM Duke 390 also comes revised. It looks narrower and sharper than the outgoing model, while the taillight comes very sharp. The exhaust system has been revised as well. The seating position might come offering more comfort for the rider, while the stepped up saddle seat gives the bike perfect sportsbike look. The bike dons KTM’s signature orange, black and white colour theme.

The power source for the 2017 KTM Duke 390 is the same 373 cc single cylinder liquid cooled engine mated to a 6-speed transmission. This engine also does duty in the outgoing model, but the power and torque output in the upcoming has been increased. The outgoing model churns out 44 PS of peak power at 9,000 RPM and 35 NM of peak torque at 7,000 RPM. 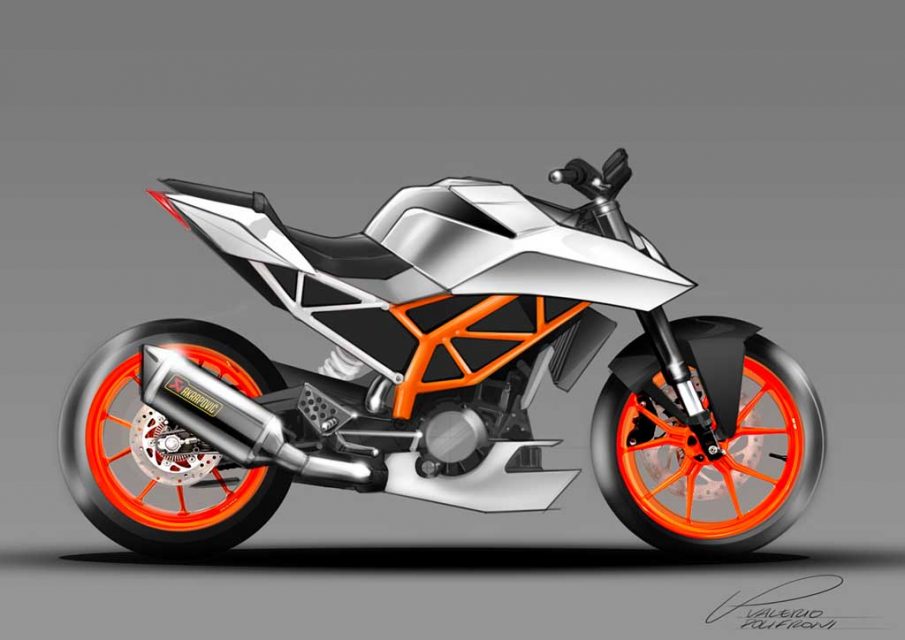 Also the 2017 KTM Duke 390 comes with three different riding modes, which are Track, City and Sport. No wonder such features enhance the appeal and sportiness of the bike. KTM also claims, the new bike comes with improved NVH level and the heating issue has been taken care of as well. Upside down forks at front and monoshock absorber at rear do the suspension duty in the bike. While on the braking front it comes with disc brake for both the wheels combined with dual channel ABS.