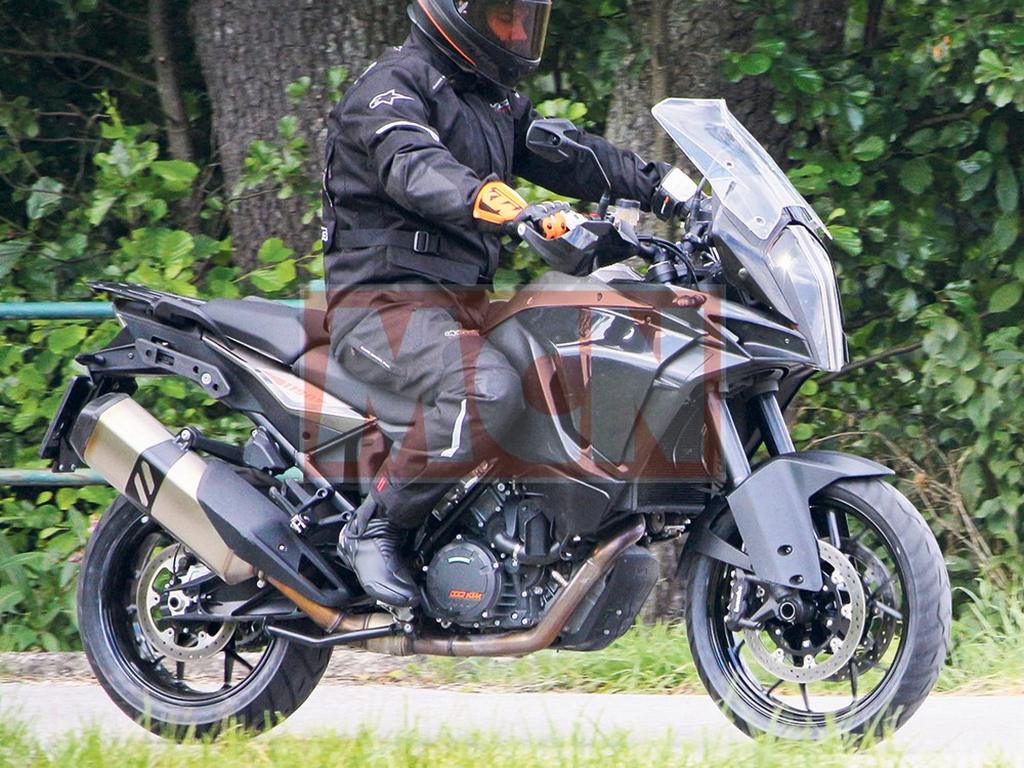 2017 KTM 1190 Adventure spied with several updates; the new range of 1190 Adventure models will likely be displayed at the Intermot show in Cologne this October

The 2017 KTM 1190 Adventure will receive huge updates by the looks of things as a test mule spotted outside of the brand’s Austrian facility has revealed. Globally, the 1190 is one of the bestselling models for the brand and therefore the updates will be significant to entice more buyers. As with the upcoming bikes in Euro, the engine will be tuned to comply with Euro4 emission standards.

The new Adventure was spotted several months ago on heavy disguise but it was in the early development stage as the new set of photographs does reveal new LED lights, fairing structure and enlarged windscreen. Up front, KTM has adapted new design features in line with the upcoming trend that is set to be applied for the future models from the brand in the new 800cc parallel-twin fleet. The headlight, as seen on the next generation of KTM 390 spied in India, has been split into two parts with a central vertical line dividing the unit. As per reports, it could be used for aerodynamic benefits as well as an air-intake to feed air into the airbox for engine cooling purposes. The fuel tank capacity will remain similar most likely at 23 litres capacity.

The revised side panels comprises of new air inlets while the instrument cluster is to remain as a full-coloured Thin Film Transistor (TFT) display. It has been only three years since the 1190 Adventure graced international markets, thus the updates can be considered as a mid-life refresh rather than a complete overhaul while meeting Euro4 emission rulebook with limited noise and pollution coming into effect from the beginning of next year. The three spy shots demonstrate as many different variants of the 1190 range. One using a 17-inch rear and 19-inch cast wheels from 1050 Adventure indicating a new journey focused Adventure and Adventure R. Second prototype featured spoked wheels with 21-inch rim size and the third is an Adventure R with high-spec off-roading characteristics.
Source: MCN