Azera is the flagship sedan from Hyundai; comes with premium appearance and replaces Hyundai Genesis

South Korean auto major Hyundai is all set to launch its flagship sedan Azera (Grandeur) in UAE this month. The all-new premium sedan replaces the Hyundai Genesis, which was previously the flagship sedan from the brand. UAE is known as one of the biggest markets for the premium and luxury cars and therefore, the Korean auto major couldn’t rule out the sedan’s launch in the country.

As we reported earlier, the sedan was launched in the Korean market last year. It incorporates a fresh and elegant design that reflects the premiumness from every angle. This sedan gets a large front grille with horizontal slats and the sharp headlamps come with dual beam appearance along with integrated LED daytime running lights. Apart from that, instead of conventional fog lamps, this sedan comes with horizontally positioned LED strips and a sculpted looking front bumper with sleek air intake. 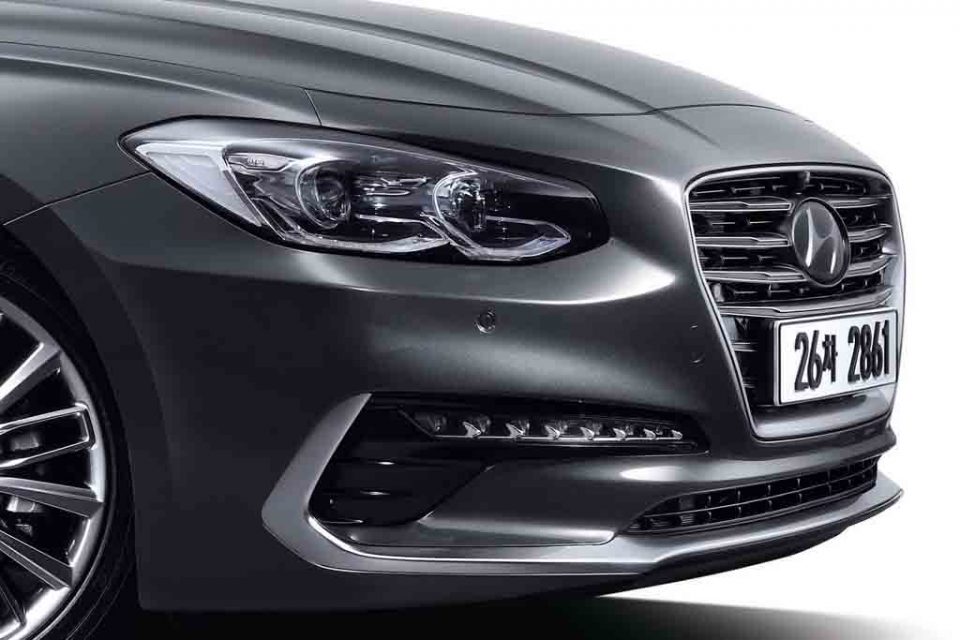 At the side profile, the car appears like a coupe with its design. It gets sharp and crisp character lines, large shiny alloy wheels, turn indicator integrated ORVMs, chrome finished door handles, nicely curved roofline and blackened glass area. Rear of the car gets a shark fin antenna on roof and the sleek taillights are connected by a wide reflector. The slanted chrome tipped exhaust enhances the sedan’s visual appeal.

Dimensionally, the all-new Hyundai Azera measures 4,930 mm in length, 1,865 mm in width and 1,470 mm in height, and it also comes with a wheelbase of 2,845 mm. Overall, it is 10 mm longer and 5 mm wider than the old generation model. The elegance is reflected through the interior design as well as it comes with premium quality leather seat and upholstery, a 7-inch touchscreen infotainment system with Apple CarPlay and Android Auto, electrically operational panoramic sunroof etc. 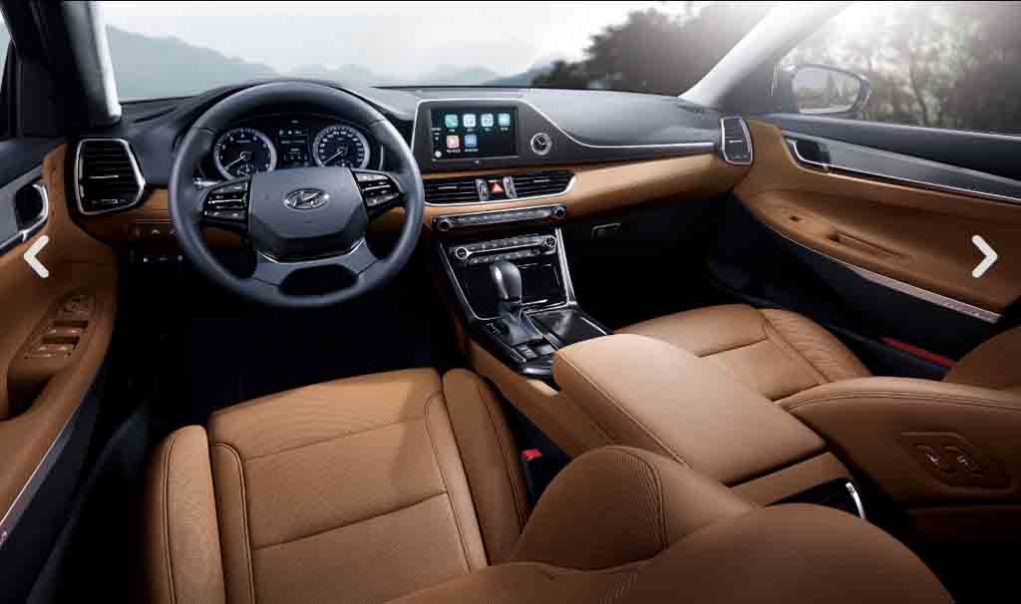