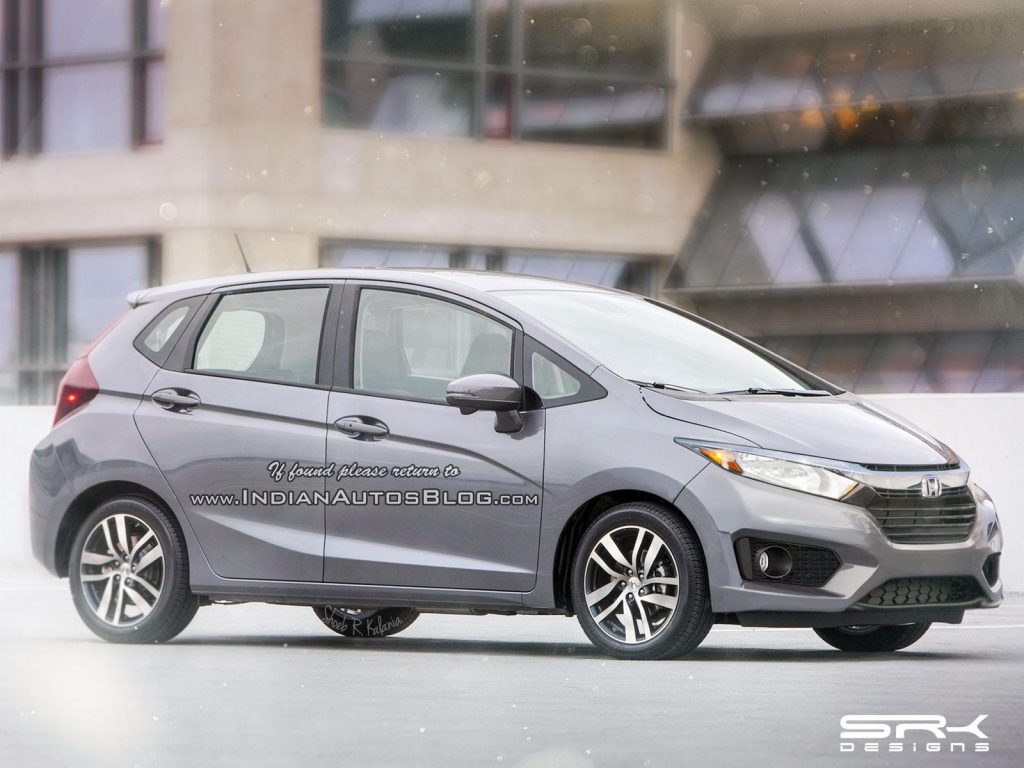 Honda has been exploiting the globally well acclaimed Jazz premium hatchback (or Fit in several international markets) to good effect a new crossover called WR-V is reported to enter the fiercely competitive countries with the craze for that particular segment. The Japanese manufacturer could reveal the production model by the end of this year as big plans are set in the pipeline for a global assault.

Several reports across the web suggest that the hatchback’s comprehensive revamp, which was the first model with Solid Wing Face design in 2013, is coming soon and could be launched after the WR-V. In the midst of all these, based on the recently revealed Honda models overseas, IndianAutosBlog has come up with speculative renderings of the 2017 Honda Jazz or Honda Fit. In India, the Jazz was re-launched a few year back and was successful before slowly losing its popularity to main rivals Hyundai Elite i20 and Maruti Suzuki Baleno. The Jazz facelift is expected to bring in more customers and could boost up the sales by taking fight to its substantial competitors when launched in domestic market. Going back to the imagined pictures, the 2017 Honda Jazz features a restyled front portion that looks very identical to the HR-V while the new headlamp cluster will have projector headlights with LED Daytime Running Lights adorning the space.

The revised front bumper hosts a sportier stance and the air inlets have been made wider for better airflow. Various web sources have indicated that the current chassis will be stiffened for improved dynamics and ride quality while the 2017 Jazz will be strapped with the brand’s new 1 litre turbocharged engine.

The same engine has generated a power output of 127 hp and 200 Nm of peak torque in the Civic prototype. It was mated with Earth Dreams technology based CVT transmission. A hybrid powertrain combining the 1.5-litre i-VTEC petrol with Lithium-ion battery and electric motor and linked with seven-speed DCT is more likely to be offered for Japan.