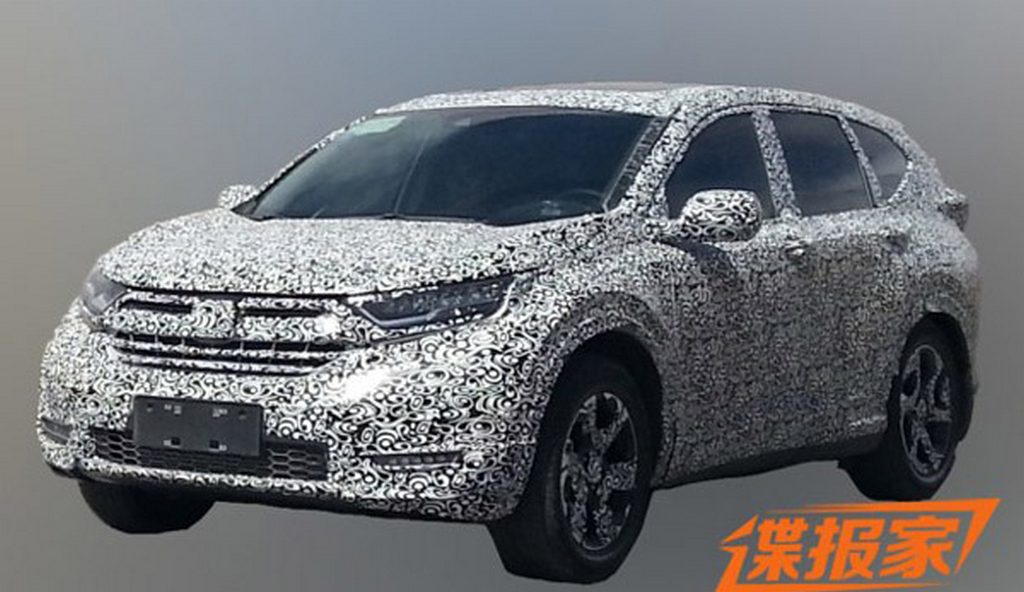 2017 Honda CR-V could be launched during the later parts of next year or in early 2018 in India; expects to have evolutionary design language

The test mule of the newest generation Honda CR-V has been spotted doing trial runs on Chinese soil lately. China being one of the vast markets with huge potential for SUVs, Honda could be speeding up the development process in order to unveil the mid-size model as soon as possible. It is more likely to be manufactured locally through the joint venture between Honda and Dongfeng.

The Chinese market launch is expected sometime during the third quarter of next year before the new CR-V making international debut in the early parts of 2017. From the spy images we can predict that the fifth generation CR-V will come equipped with an evolutionary design language. It seems to have drawn certain design cues from the latest generation Honda Civic. The overall silhouette of the CR-V will likely be retained in the final production version. It appears to come adorned with sharper headlamp with LED Daytime Running Lights, a sculpted bonnet, plenty of chrome touches on the top-spec trims, a revised bumper up front and rear and horizontally slated grille design.

The side profile, as seen from the test mule, is likely to resemble the existing CR-V with a clean structure. However, the modifications at the rear can be easily noted with new L-shaped tail lamp cluster joined by chrome applique, round-ish dual exhaust system, reworked rear bumper and a small integrated spoiler. The test prototype also revealed that panoramic sunroof will be offered on higher grades.

Since being built around the new generation Civic’s lightweight modular platform, it is expected to have lowered kerb weight. Due to the weight saving measures, the host of engines powering the fifth generation CR-V will be more frugal than before. The 1.5-litre VTEC petrol motor could be offered in the lower variants while the 2.0-litre VTEC turbocharged petrol is likely to feature in the range-topping models.

The 1.6-litre i-DTEC diesel might be opted to stay put on the new CR-V. With the option of four-wheel drive system, power is likely to be transferred to the front wheels on standard basis through a six-speed manual transmission. The high-end variants could get six-speed automatic ‘box. India launch can be expected during the late 2017 with significant levels of localisation to keep the costs down.