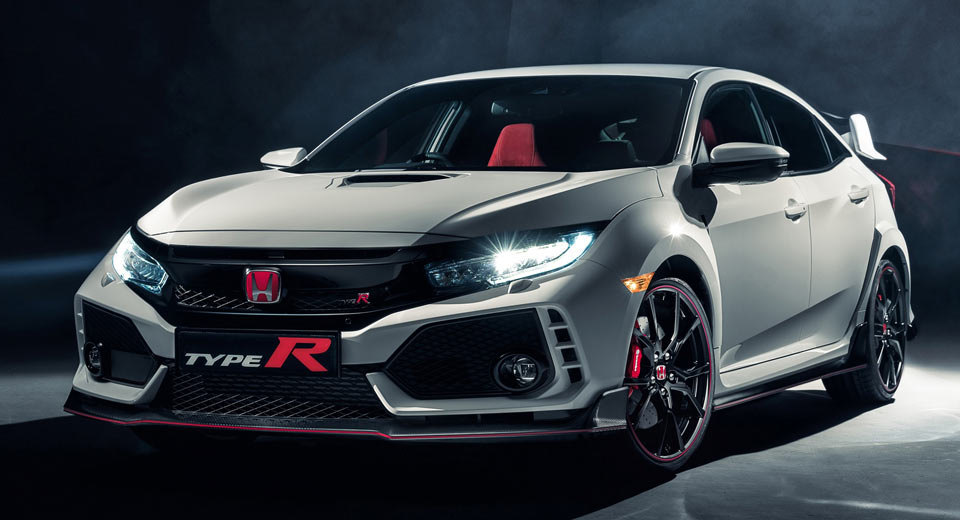 The next iteration of the Honda Civic Type R was revealed in the form of a concept at the 2016 Paris Motor Show last September. Like any other Type R, it pledges to delight the performance-loving crowds and will be up for grabs in the international markets in the second half of 2017. Based on the new standard version of the Civic, the production version of ultra-sporty Type R debuted at the Geneva Motor Show in March.

Since the Seat Leon Cupra recorded below eight minute mark, the hot hatchback rivals from Volkswagen, Renault and Honda have been exchanging blows in pursuit of faster lap times and the momentum shifted between them more often than not. By crossing the finish line with a lap time of 7 minute and 43.8 seconds, the new Civic Type R has overtaken the hardcore VW Golf GTI Clubsport S by over three seconds. 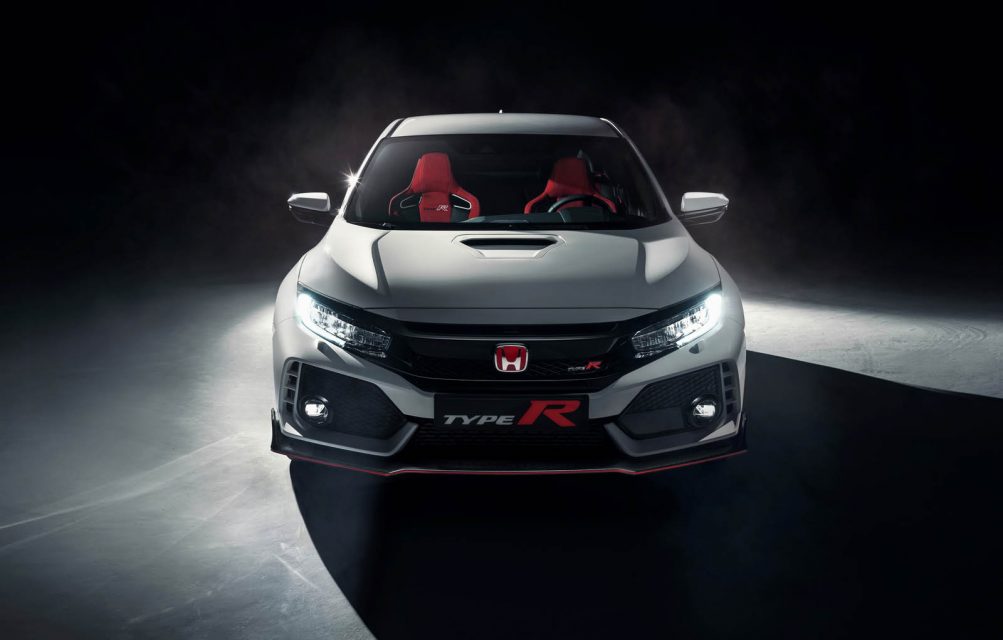 The record was attempted on April 3, as part of the Type R’s latest development programme. Mastering the Nordschleife is no easy and the new Type R has done so with conviction by going a scarcely believable seven seconds quicker than its predecessor.

The enhanced styling bits in the Type R prototype were smoked out LED headlamps, inlet hood scoop, wider air intakes over the standard version, new carbon fibre made side skirts bringing an aggressive and sporty stance, performance tyres wrapped around 20-inch multi-spoke alloy wheels, bloated prominent wheel arches, etc. Some of them are indeed retained on the road-going version. 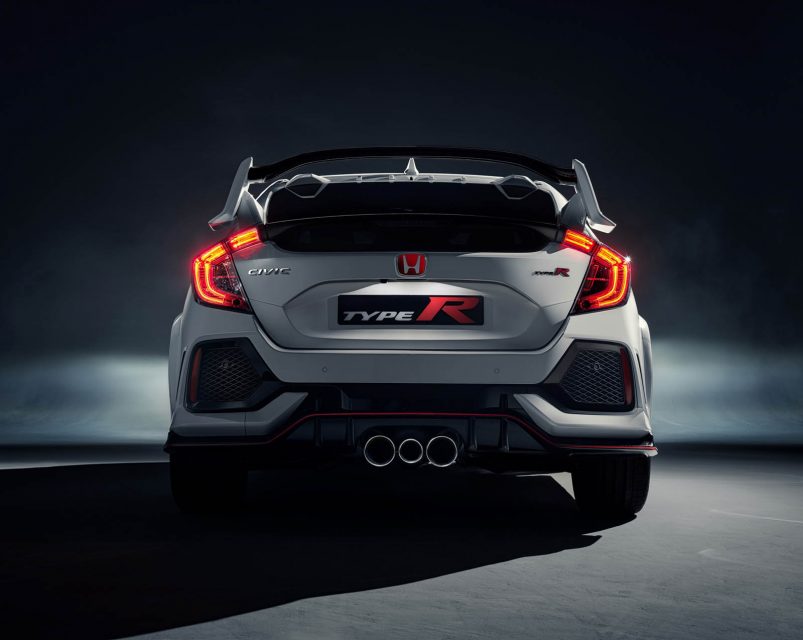 With a huge rear spoiler and signature tail lamp cluster of the Type R, the unusual triple exhaust system does induce a stealth character and brash look to the performance-based Civic. The titanium-like paintjob and diffuser further spruce up the overall appearance.

The performance figures have been listed officially by Honda as the new 2018 Civic Type R will be powered by the 2.0-litre four-cylinder turbocharged VTEC tuned petrol engine from the existing car. It is good enough to produce a power output of 316 horsepower and 400 Nm of peak torque, not a major bump from outgoing model but still they are a significant performance numbers. 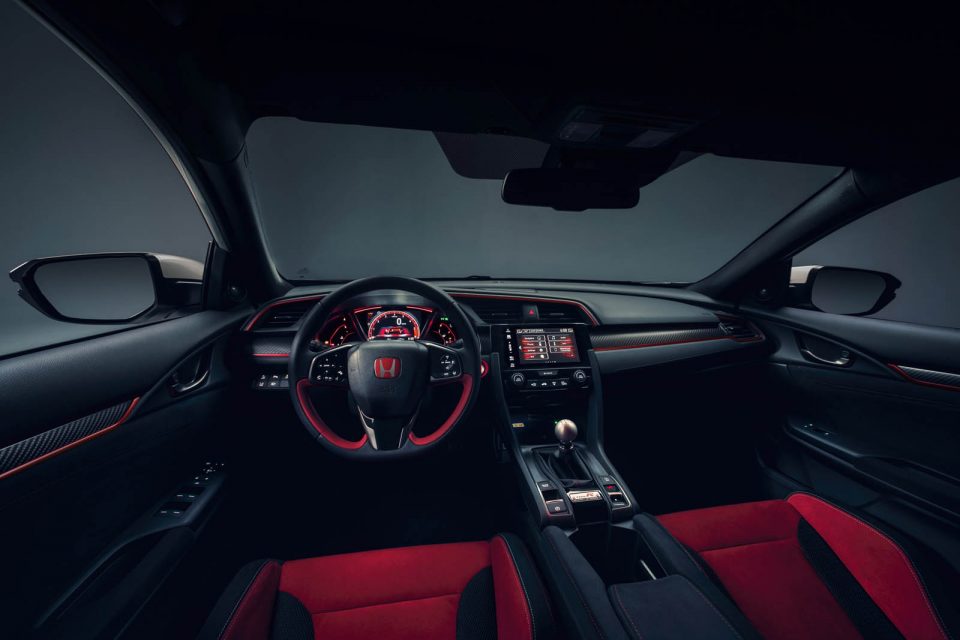 Power is transferred to the wheels through a six-speed manual transmission with changes to gear shifting and suspension settings for quicker response and sporty handling. Tweaks to the current Civic’s global platform including steering inputs, driving aids and brake setups for better track-biased performance on road.

The new Civic Type R is claimed to have a 38% increase in torsional rigidity while the suspension setup, with MacPherson strut up front and independent multi-link at rear, is also retuned to minimise torque steer and maximize sporty handling according to Honda. 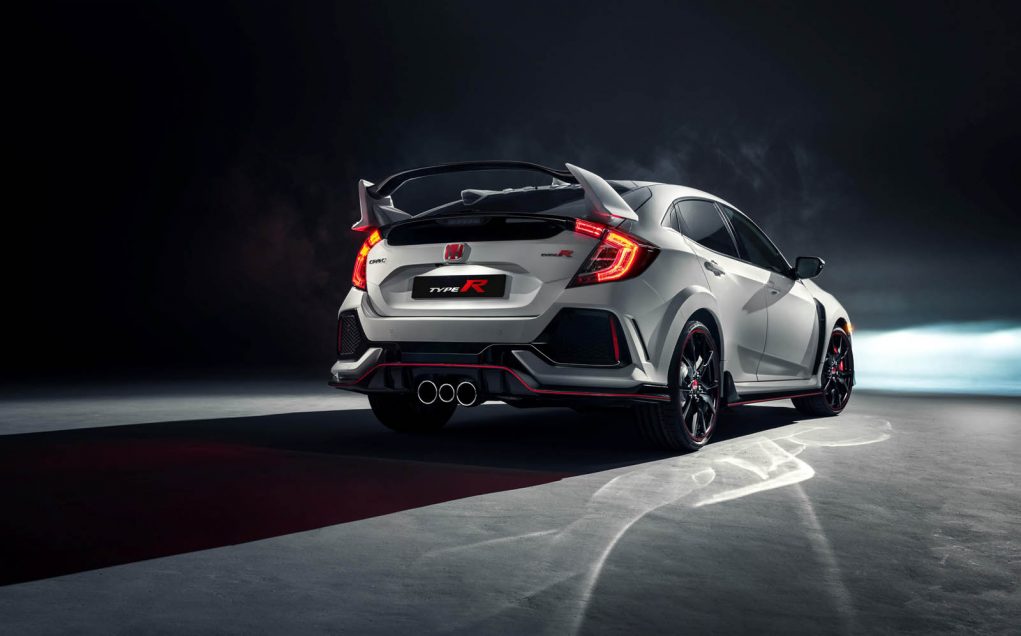 It promises to have best-in-class balance between lift and drag too by the Japanese brand. Other important techs are rev matching and new selectable driving mode system that tunes adaptive dampers, steering rack, shift feel and throttle response to adapt Comfort, Sport or +R settings.

The 2017 Type R will be manufactured alongside the regular Civic at Swindon facility in the UK and exported to global markets. It will be the first model to go on sale as 2018MY Type R in North America according to reports. It rivals against the likes of Ford Focus RS, Volkswagen Golf R, Mercedes-AMG A45 and Audi RS3 Sportback.