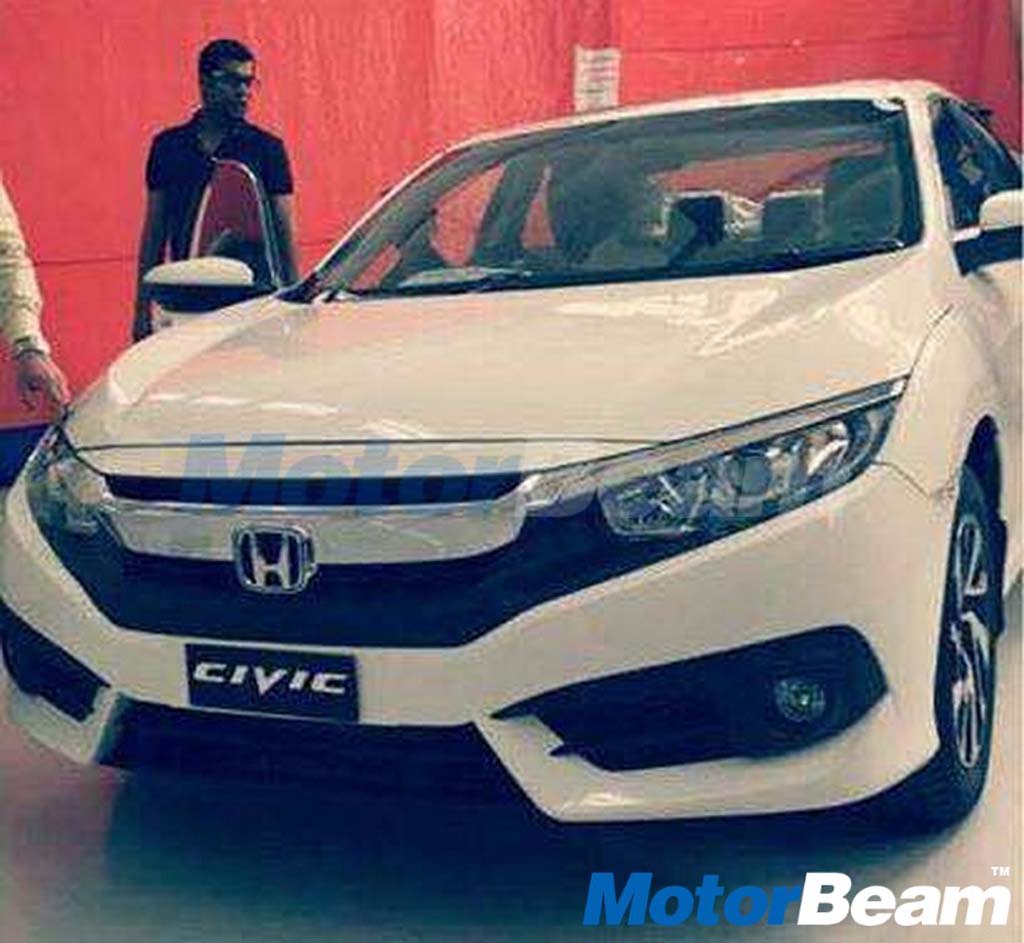 The all new Honda Civic is gearing up for launch in India. A non camouflaged model has been spotted in the Japanese automaker’s Tapukara plant in Rajasthan. The 10th generation model of the car has been imported to India for homologation purpose, which suggests the car might be launched sometime in 2017 or later in 2018. Once the upmarket sedan gets launched again in the country, it will directly take on the rivals like Hyundai Elantra, Volkswagen Jetta, Chevrolet Cruze, Toyota Corolla and Skoda Octavia.

Launched in 2006, the Honda Civic immediately became a pretty popular model. In the D segment sedan class, the Honda civic became best selling model in very short time. Although later the Japanese automaker had to stop selling the car in the country in 2012, as its petrol only policy was costing the company heavily, as the Indian customers are generally not so keen about petrol cars due to the higher fuel cost.

The 10th generation model looks aggressive and stylish. It sports sharp headlamp cluster with LED daytime running lights integrated. The thick chrome bar joins the headlamp clusters and houses the Honda logo at the centre. The front grille looks aggressive complemented by the bold front bumper which looks muscular. The horizontally slated air intake larger air dams and the neatly positioned round fog lamps make the front fascia of the car appealing. The side profile also looks very much attractive.

Inside the cabin the car sports an upmarket and premium appearance with the multifunction steering wheel, blackened interior theme, flowing designed centre console with touchscreen infotainment system and the control knobs. The car spotted at the Tapukara plant bears an automatic transmission. The car would be locally assembled in the country to reduce the costing.