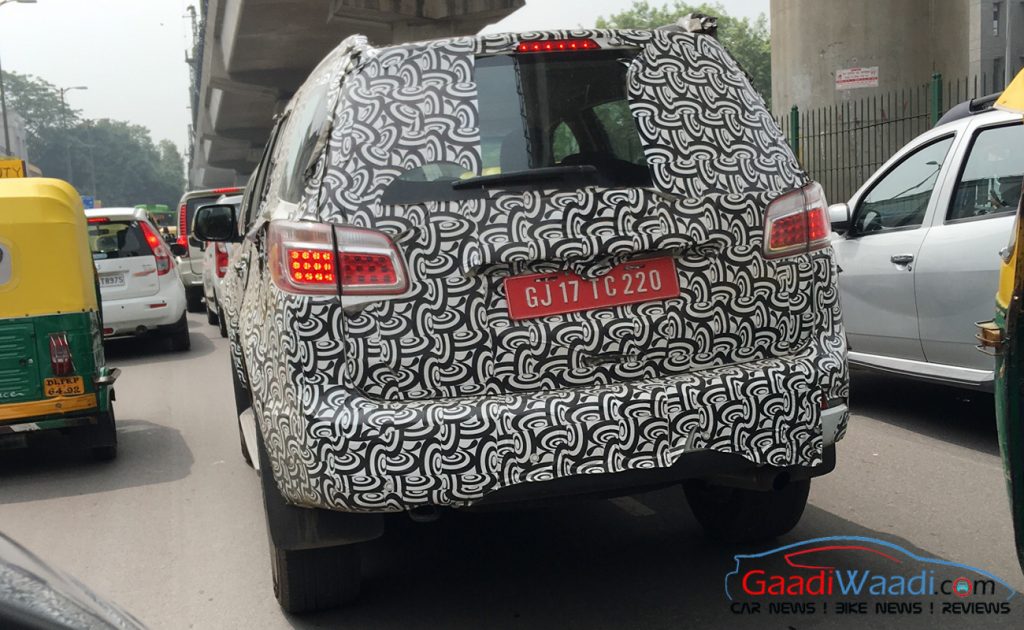 General Motors displayed the near-production ready concept of the Chevrolet Trailblazer Facelift at the 2016 Bangkok International Motor Show in March before launching the premium SUV for the Brazilian market two months later. It featured a redesigned front fascia that comes fitted with a sleeker headlamp unit with LED Daytime Running Lights, a prominent bumper with enlarged fog lamps and a wider re-worked grille.

Other than these modifications, the changes to the exterior are minimalistic as the side profile remains identical, with a newly designed set of alloy wheels, while the rear end is treated with slight revisions besides chrome touches found on certain style-enhancing elements. The American auto giant announced its future plans for the Indian market recently as at least five products are stated to be launched within the next 24 months. As Chevrolet shelved plans for the Spin MPV, the slot could be filled by the facelifted version of the Trailblazer. With all due credits to our reader Vipul, the upcoming premium SUV has been spied on test wearing heavy camouflage. Only the rear fascia and the side profile were snapped. The main highlight is the near parallelogram shape of the tail lamps extending outwards that are carried over from the outgoing model.

Although the exhaust and lower bumper are hidden under the camouflage, the newly launched Brazilian-spec model expresses a similar design as that of the existing version. On the inside, however, the revisions are expected to be more substantial with a brand new waterfall-styled dashboard design and premium quality trims alongside slightly updated instrument cluster with silver touches around the middle HVAC vents. As similar to the existing Trailblazer in India that was launched last October as the replacement of the long-ran Captiva, the Brazilian-spec version is being offered in a single trim called LTZ. A more significant facelift is seen inside the 2016 Chevrolet Trailblazer, where it gets an all-new dashboard design that is trimmed with more premium materials.

The equipment list will comprise of an eight-inch MyLink touchscreen infotainment system with Apple CarPlay and Android Auto connectivity. In India, the Trailblazer has the bigger 2.8-litre, four-cylinder, Duramax diesel producing 197 bhp at 3,600 rpm and segment-leading 500 Nm of peak torque delivered from 2,000 rpm as power source. It comes linked with a six-speed manual gearbox sending power to the rear wheels only and helping achieve a rated fuel efficiency of 11.45 kmpl. The torquey diesel motor is more likely to be continued with perhaps slight improvements to fuel economy. The power options offered globally are a 2.5-litre Duramax diesel with 163 hp and 380 Nm and a 3.6-litre V6 petrol engine with 279 hp and 357 Nm of torque.