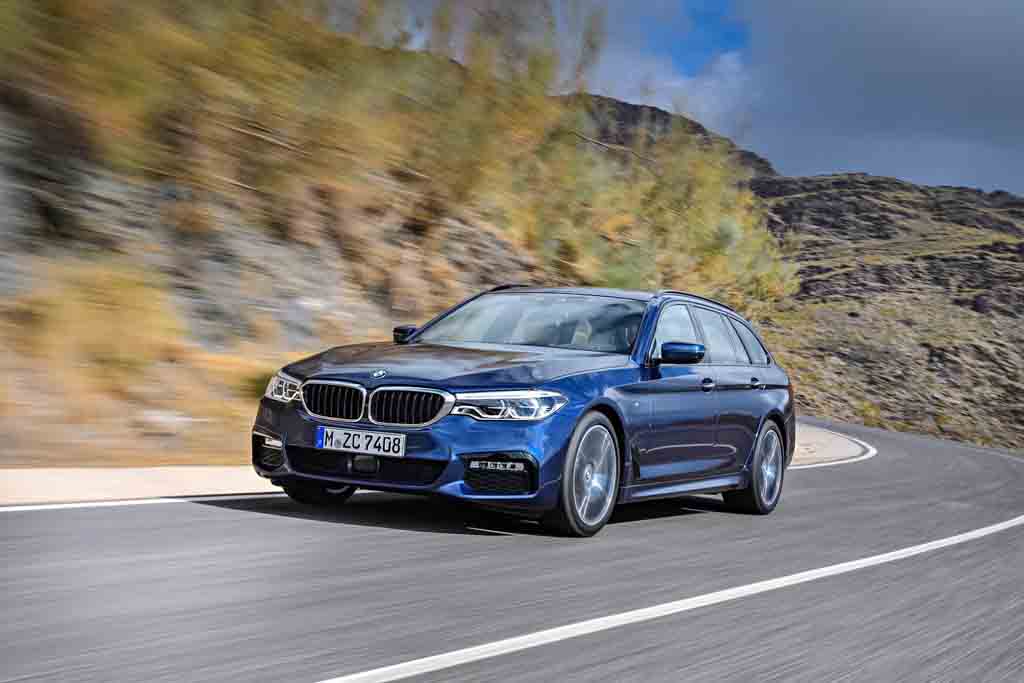 The 2017 BMW 5-Series Touring comes with a near flawless appearance; lock horns with Mercedes-Benz E-Class Estate

Bavarian automobile giant BMW has unveiled the new 5-Series Tourer ahead of its global debut at the upcoming 2017 Geneva Motor Show in March. The luxury estate tourer sports a nearly flawless appearance that is reflected through its styling from every corner. The 2017 BMW 5-Series Touring also boasts a range of technology that simply enhances its premium appeal.

Up front, the 2017 BMW 5-Series Touring features new kidney grille with chrome garnishing around it that simply increases the style further. It also gets sharp looking dual-beam corona ring LED headlamps and muscular front bumper with large air intake. The hood is adorns with sleek creases running towards the nose section. 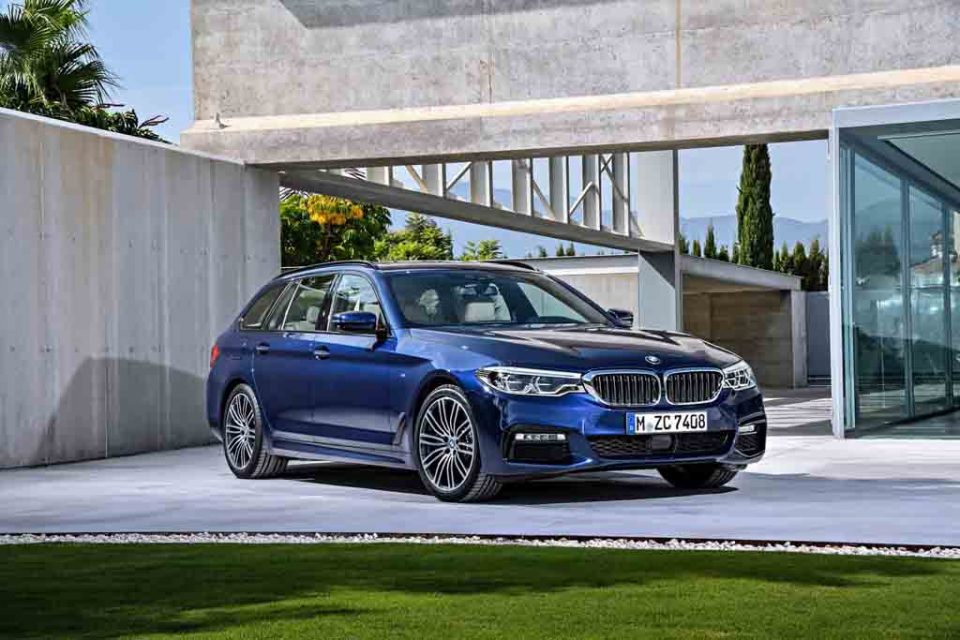 BMW says that the upcoming 5-Series Touring has been built with significant weight reduction, that has helped in improving the handling also. The automaker applied plenty of aluminum to the car in an attempt to reduce the weight and enhancing the fuel efficiency too. It appears with 5% lower emission than the previous model. 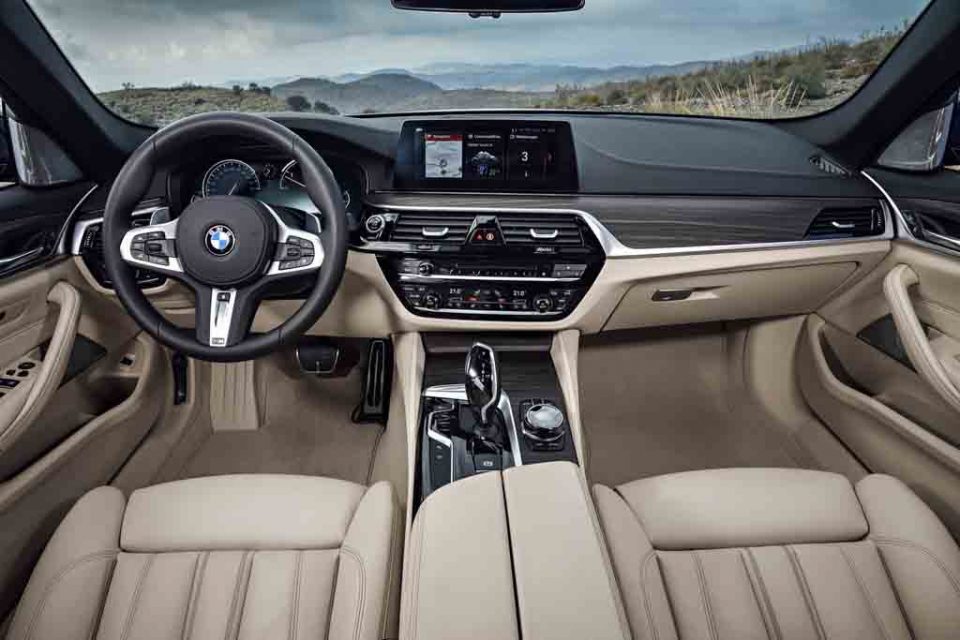 Inside the cabin, the 2017 5-Series Touring features improved seat and upholstery material. The rear seats can be folded to enhance the boot capacity by up to 1,700 litres. With the seats up, the storage capacity is 570 litres in the new model that is much better than its predecessor. In terms of features, it sports 10.25-inch touchscreen infotainment system and the NVH level has been hugely improved.

Powertrain options for the new 5-Series Touring include a 2.0-litre four-cylinder petrol engine, a 3.0-litre six-cylinder petrol unit, a 2.0-litre diesel engine and a 3.0-litre diesel engine as well. Transmission options include an 8-speed Steptronic gearbox and a 6-speed manual unit. It has also received BMW’s xDrive AWD system. Power output ranges between 252 hp and 340 hp, while the torque output ranges between 350 Nm and 620 Nm.