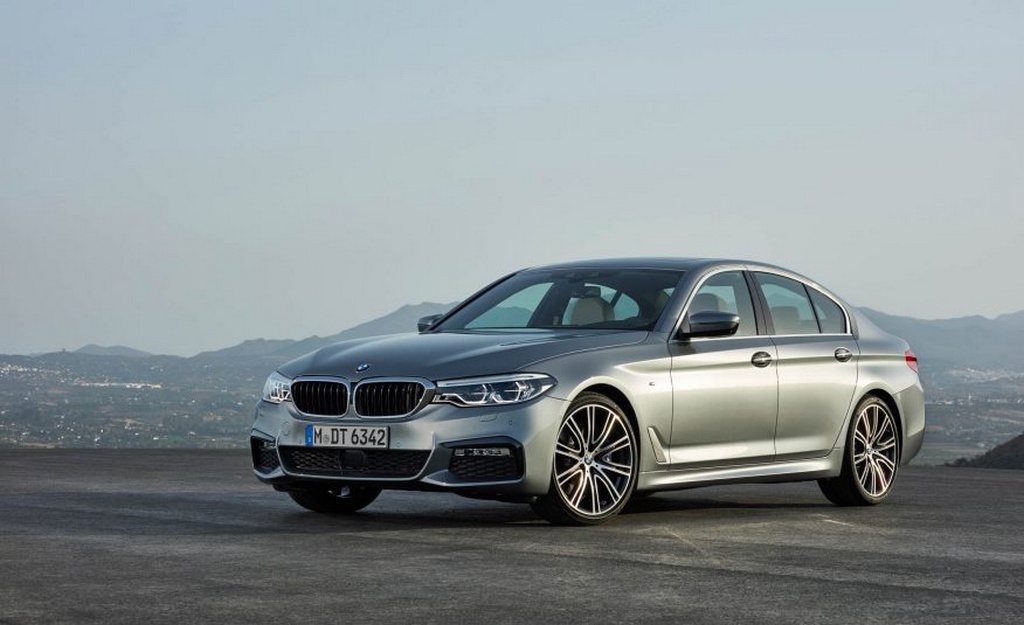 The new generation 5-Series luxury sedan was unveiled at the 2017 North American International Auto Show in Detroit, Michigan earlier this year. The images clearly gave an idea of the direction in which the design engineers have worked on to get the best out of the new version of the hot-selling global model.

The 2017 BMW 5-Series derives design inspiration from its larger sibling, the 7-Series and rightly so due to its alluring body. Despite keeping the overall silhouette intact, the design is kind of evolutionary rather than a complete revolution. It has matured in plenty of ways from every angle you look at it. It doesn’t have stricter character lines but they are flowing and can be appealing for that higher premium price tag. 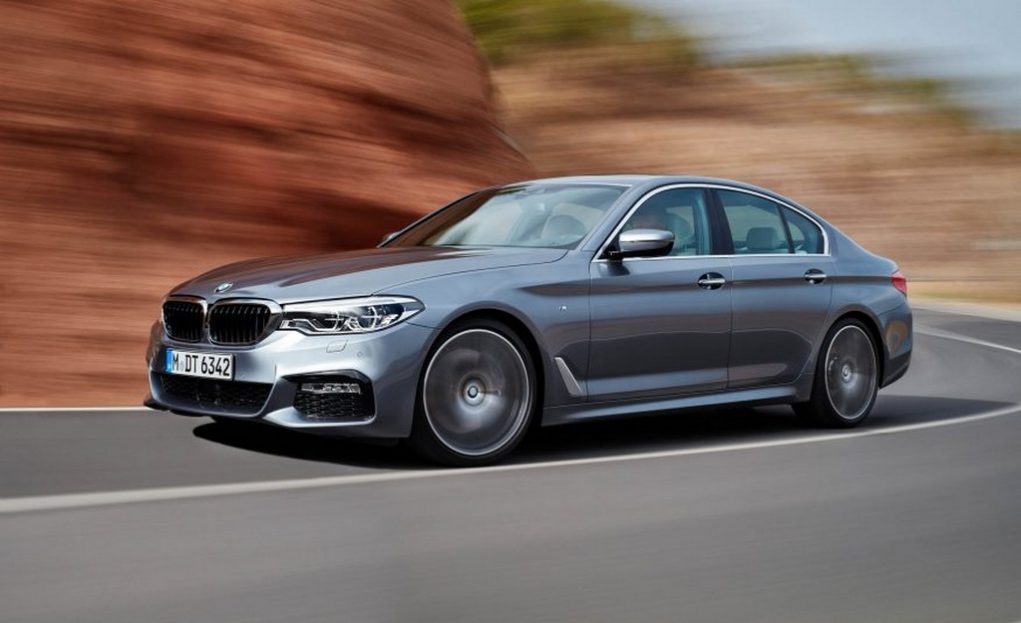 Built on the new Cluster Architecture platform, it is proportionally larger with increased cabin room and lighter for better riding experience due to the usage of aluminium to a large extent in construction in comparison to the outgoing model. A total of six powertrains is offered for the international markets: turbocharged four, six, and eight-cylinder engines, two diesels and a plug-in hybrid. 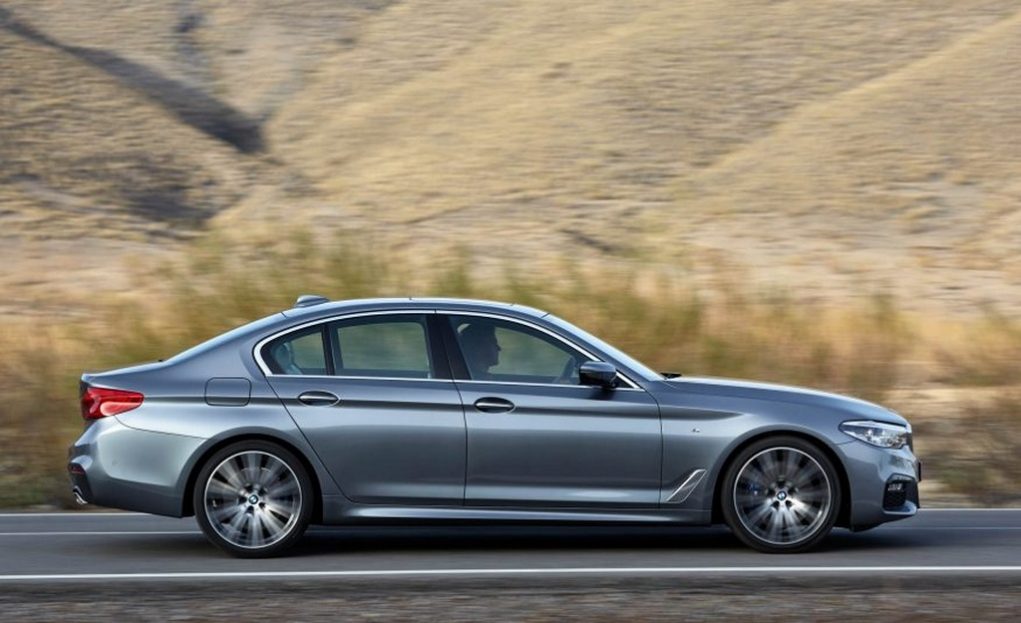 The new 5-Series gets latest iDrive infotainment system with a high-res 10.3-inch touchscreen. It is equipped with voice recognition and motion-sensing gesture control. A new, full-colour HUD is 70 percent larger and can show info from traffic signs, music tracks, etc. It is claimed to have Apple CarPlay incorporated wirelessly for the first time in a production vehicle.

Additionally it features a stereo camera, Lane Change Assistant, lane keeping with active side collision protection, Active Cruise Control system comprising Speed Limit Assist, an optional Remote Parking function and so on but we do not get all of these equipment for India. The transmission options will be either a six-speed manual or an eight-speed automatic gearbox. 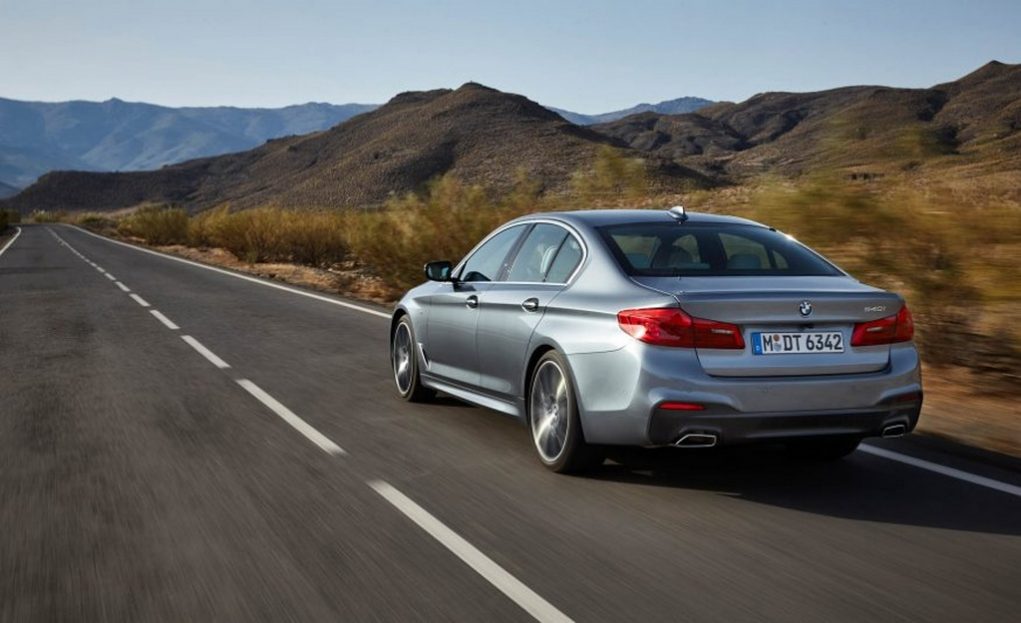 India gets three powertrain options: a 256 hp inline-six diesel engine in the 530d, a 190 hp four-cylinder diesel in the 520d and a 252 hp producing four-cylinder petrol in the entry-level 530i variant.