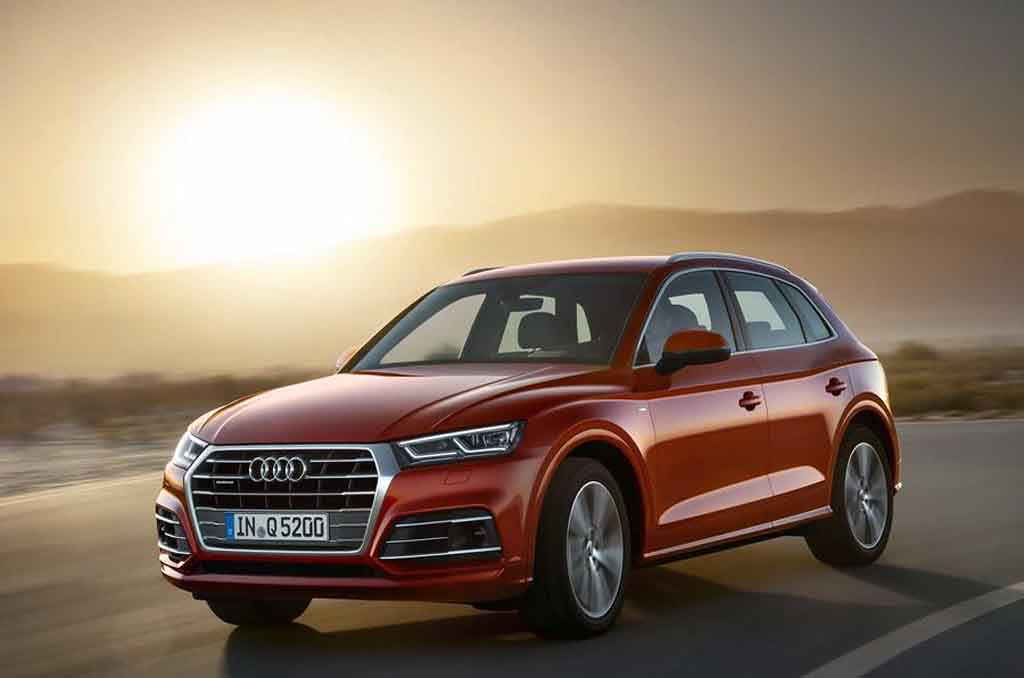 2018 Audi Q5 SUV is based on new Audi A4’s MLB Evo platform shedding as much as 90 kilos; gets several cosmetic and interior upgrades

The all-new Audi Q5 SUV made its public debut at the 2016 Paris Motor Show and ahead of it launch it was caught testing several times in India as our domestic market carries loads of significance for the German brand. In short, the second generation Q5 has the cosmetic makeovers to replicate it as a baby Q7 but the changes underneath are more than skin deep.

The vehicle’s headlamps have a Matrix LED unit with Daytime Running Lights while the tail lights are highlighted featuring the same technology. The 2018 Audi Q5 boasts a similar design to its larger sibling the Q7 while the cabin and interior styling are derived from the same flagship SUV in the range. 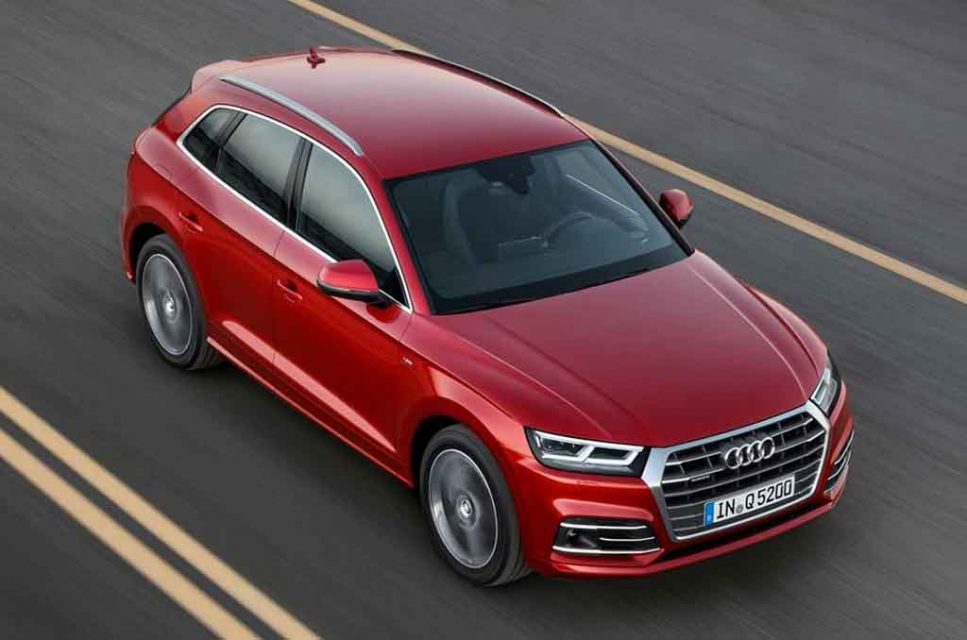 Underpinned by the A4’s MLB Evo architecture – the lightweight construction with higher percentage of hot-formed high-strength steel and cast aluminium elements – the new Audi Q5 has been trimmed down by 90 kg compared to the outgoing car which weighed around 1.8 tons. Unlike its seven-year-old predecessor, it is rigid and also uses plug-in hybrid powertrain in some foreign markets. 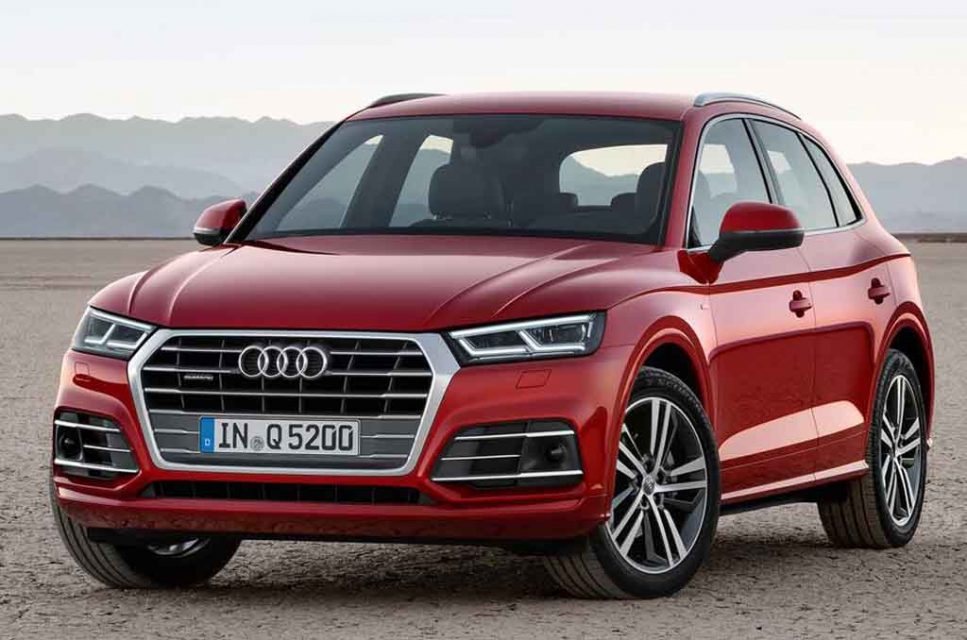 The arrival of the Volvo XC90 Excellence T8 Plug-in Hybrid could spark Audi to bring in the petrol-electric motor for India via CKD route in the near future. It comes equipped with several technologies like new 12.3-inch Virtual Cockpit display and MMI Touch infotainment with larger 8.3-inch screen allowing for Apple CarPlay and Android Auto connectivity.

Produced at Audi’s San Jose Chiapas plant in Mexico, it is shipped to India and assembled at VW’s facility in Aurangabad to keep pricing competitive. The new Q5 range has been priced at Rs. 53.25 lakh for the Premium Plus variant and it goes up to Rs. 57.60 lakh for the Technology version (ex-showroom, pan India). It competes against the likes of Mercedes-Benz GLE, upcoming BMW X3, Range Rover Evoque, new Volvo XC60 and Jaguar F-Pace in the mid-size luxury SUV space. 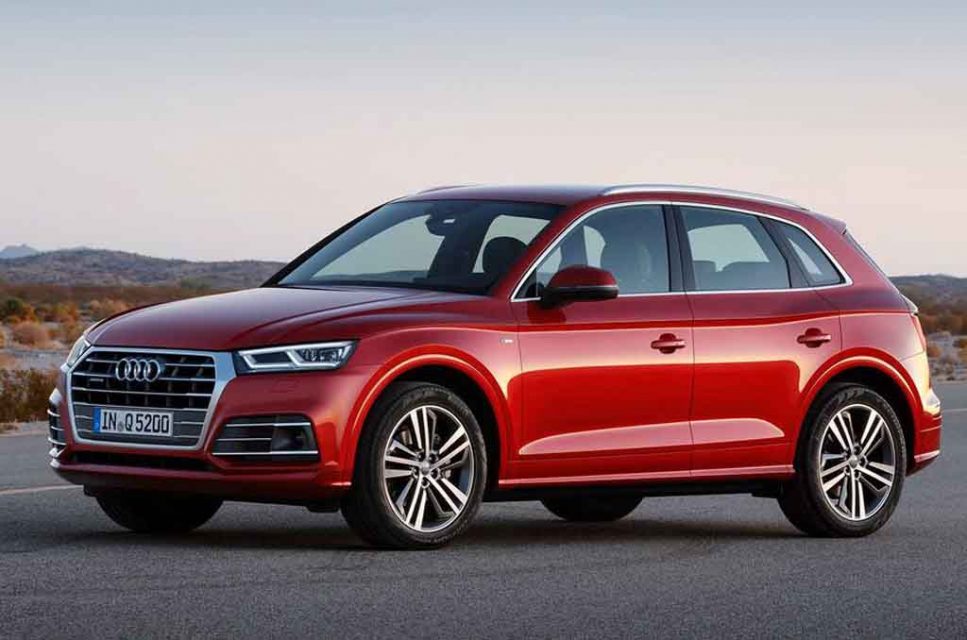 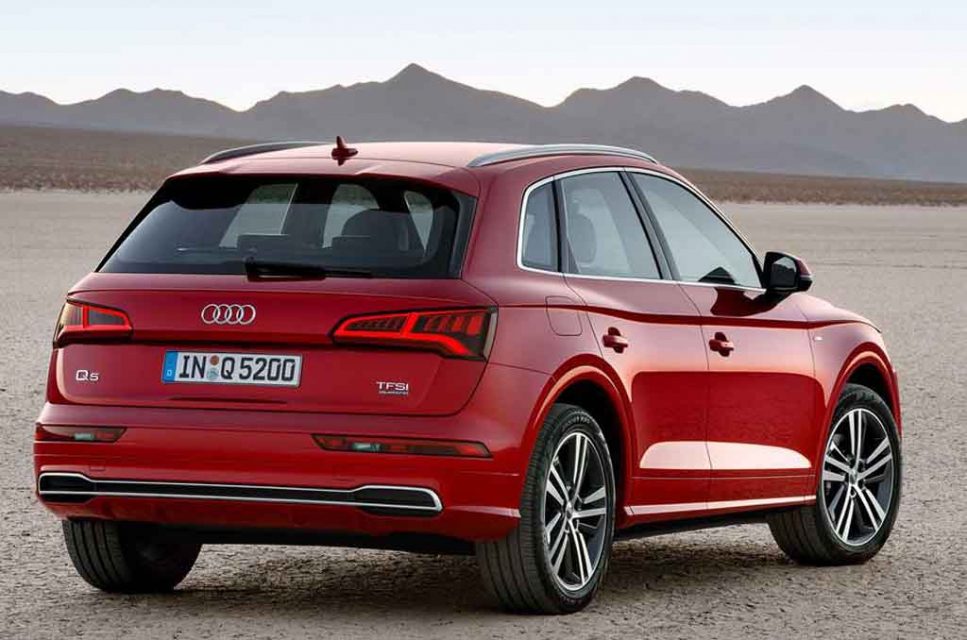 The drive is sent to all four wheels via Quattro AWD system through a seven-speed S tronic transmission. The 35 TDI is claimed to accelerate from zero to 100 kmph in 7.9 s and has top speed of 218 kmph. It will likely be accompanied by a new TFSI 2.0-litre petrol engine with standard eight-speed automatic transmission and a top-of-the-line 3.0-litre V6 diesel making 286 hp later.

Audi launched ten new cars in 2017 and registered 2 percent YoY sales growth in India but it wasn’t enough to overtake its Bavarian rival as BMW sold nearly 2,000 more vehicles. The Q5 range, which was the first from the brand to cross 1.6 million unit sales, is expected to play a major role in its sales aspirations this year. 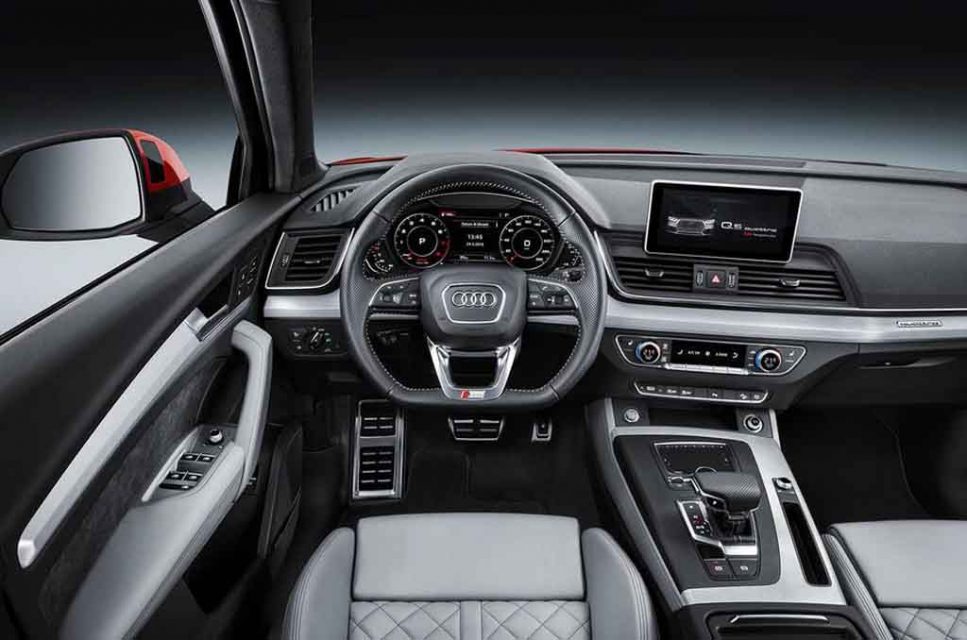 Audi claims due to the lighter structure and clever engineering, the power output has grown by 8 percent while the fuel economy has shot up by a massive 20 percent (17.01 kmpl). As for safety, it gets eight airbags, auto hold function, electromechanical parking brake, tyre pressure monitoring system, auto parking system plus with rear view camera.