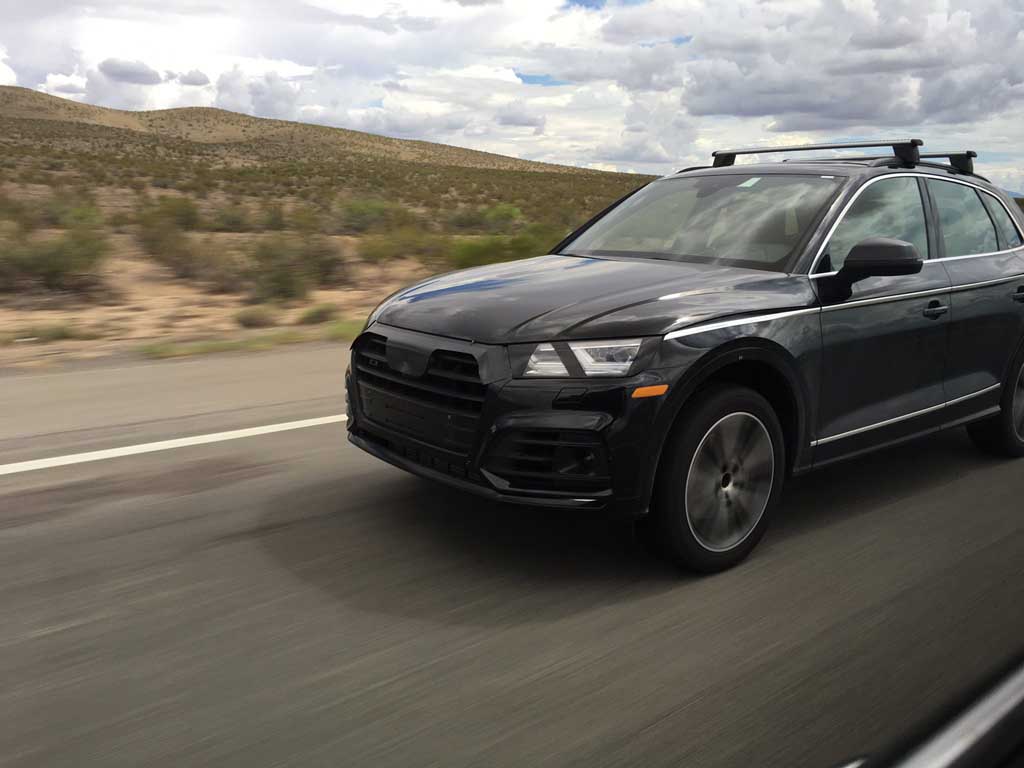 2017 Audi Q5 is based on the MLB-Evo platform; basic silhouette of the second generation models remains sam with sharper styling

Audi Q5 is all set to move to its second generation. And before that a test mule of the luxury SUV with minimal camouflage has been spied testing. The car is expected to make its debut later this year. The new generation Audi Q5 comes with several changes at exterior and inside the cabin as well. The car is likely to reach Indian market later next year. The hexagonal front grille looks identical with the new Audi Q7’s radiator grille. It features chrome garnished horizontal slats as well. The front bumper of the upcoming Audi Q5 has been revamped as well. And the new bumper looks aggressive. The hood gets sharp creases running toward the fascia.

The test mule spited, was sporting chrome strips running through the length of the SUV. While one long strip runs just below the glass area, another one is visible between the two fenders at the lower side body. The blackened glass area also comes with chrome trim. Expect the new generation model to come sporting new design alloy wheels. The rear fascia also dons some changes, which include new design taillights. 2017 Audi Q5 is based on the Modular Longitudinal Matrix (MLB) Evo platform. This platform is shared with some other models like Audi Q7, Audi A4 and A5 Coupe. The world’s most powerful and most luxurious SUV Bentley Bentayga also shares the same MLB-Evo platform.

On the powertrain front the 2017 Audi Q5 will come available with range of powertrains including TFSI petrol and TDI diesel engines. Transmission options to be offered include 6 speed manual, 7 speed S Tronic and 8 speed Tiptronic. There would be a performance oriented S variant and a hybrid variant as well alongside a RS variant.