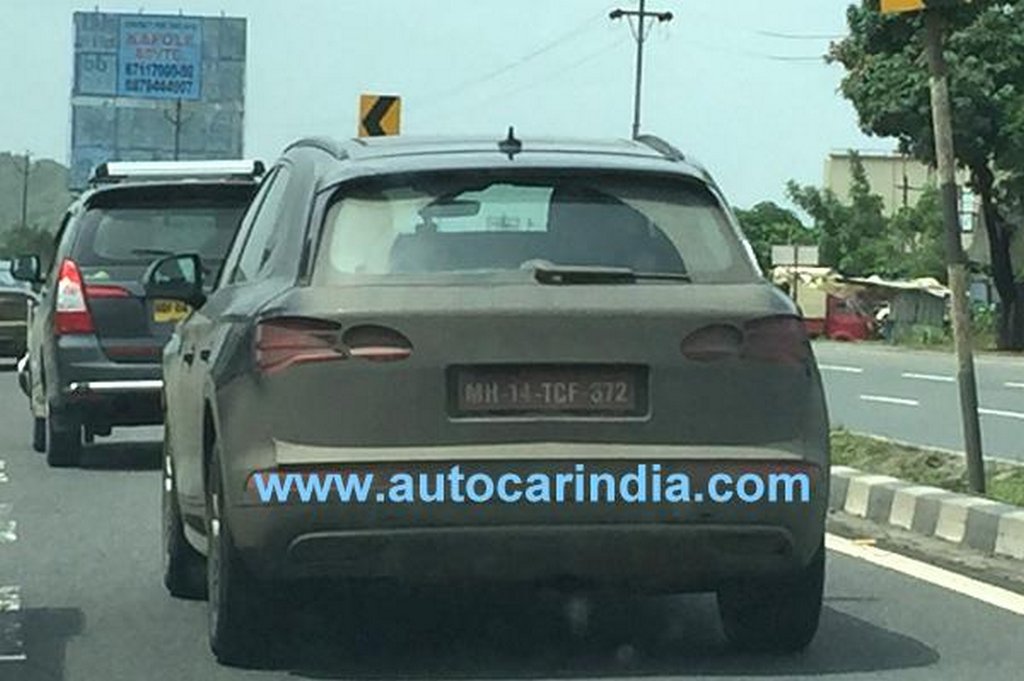 The 2017 Audi Q5 luxury SUV has been brought into the country for testing ahead of its world premiere scheduled later in the year. India is one of the prominent for the German carmaker globally and testing here will gather them vital data for several emerging markets. Following the global debut, domestic launch is expected sometime next year.

It will be manufactured outside Germany as well for international markets. The new generation Q5 will sit on the brand’s MLB architecture that underpins its larger sibling Q7, the flagship SUV in the stable. The all-new lighter platform will mean that the kerb weight will go down as much as 100 kilograms. The suspension setup could be revised for a better ride and handling.

The A4 powering four and six cylinder engines is more likely to be carried over into the next generation Q5. The presence of a rang-topping hybrid cannot be neglected off the equation either. The transmission duties could be done by either a standard manual or seven-speed automatic.

Currently three variants are offered for India with the lone engine option of a 2.0-litre diesel making 174 bhp. The drive is sent to all four wheels. A hotter version of the Q5 is also being developed, powered by a twin turbocharged V6 motor producing 500 horsepowers.

As for the exterior, the new-gen Q5’s design could be inspired from the Q7. It is set to receive a new set of LED Daytime Running Lights with minor changes to the bumpers, alongside an imposing front grille and sharper headlamps. On the inside, the A4 interior is said to have a huge influence on the Q5 with usual Tech bits like Audi’s Virtual Cockpit System.