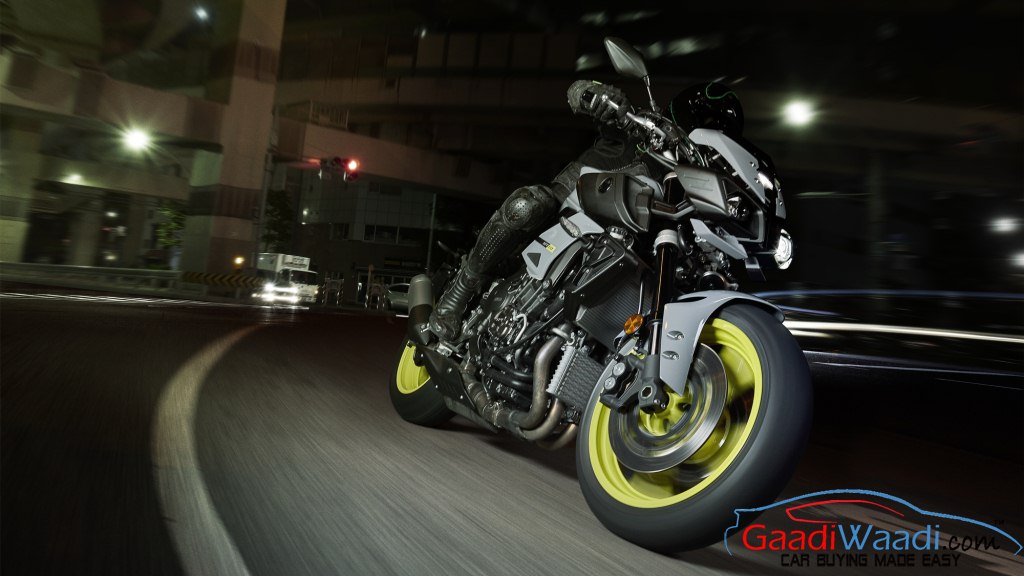 Yamaha has made sure they don’t get left behind at the EICMA stands. We all thought Honda had a surprise for us but isn’t was to motorcyclist taste. However Yamaha has shocked the world with this, the new, the king of MT stable, 2016 Yamaha MT-10.

The MT-10 is based on the award winning 2015 Yamaha R1 as it set was all new and had technology brimmed up to the top. 2016 Yamaha MT-10 is set to have all that but with lesser power and torque and even less weight. Figures are not out yet released by Yamaha. 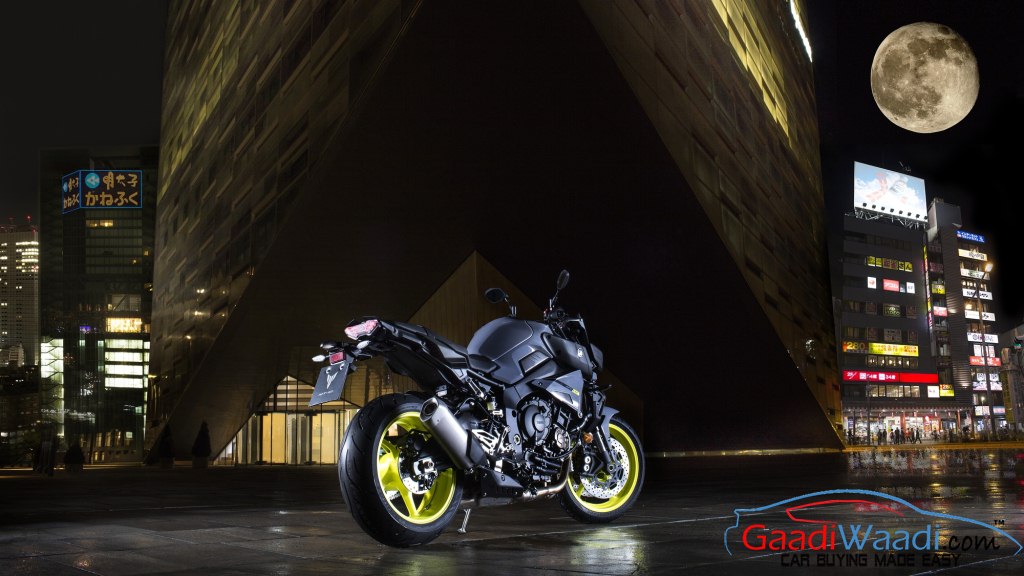 Somethings are clear with the 2016 Yamaha MT-10. The motorcycle is here to fight stiff competition as there are two type of naked litre class battles happening. The supernaked and the litre class naked. It is unsure which one Yamaha make it too.

We think it should make around 165 BHP and should weigh under 200 kg which puts slap bang in the between this both. 2016 Yamaha MT-10 with its killer looks is going to target Z1000. Meanwhile the performance and fun benchmark is the Suzuki GXS-S1000. 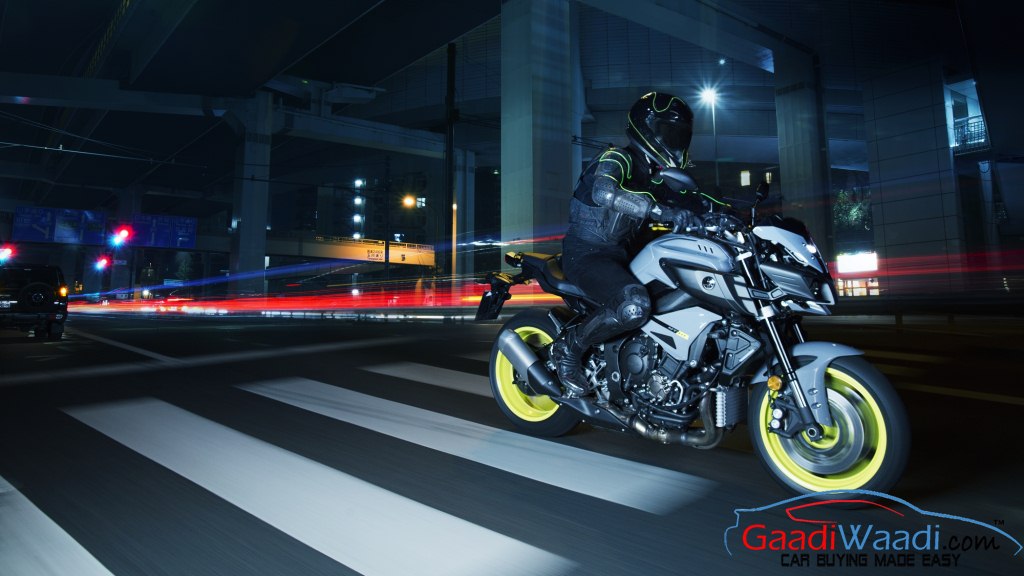 Suspension at the front has been revised and rear remains pretty much the same. Both ends are adjustable. Slipper clutch with assist, traction control, cruiser controls, riding modes and much more is expected. All of this will be seen on a all LCD cool looking dash. 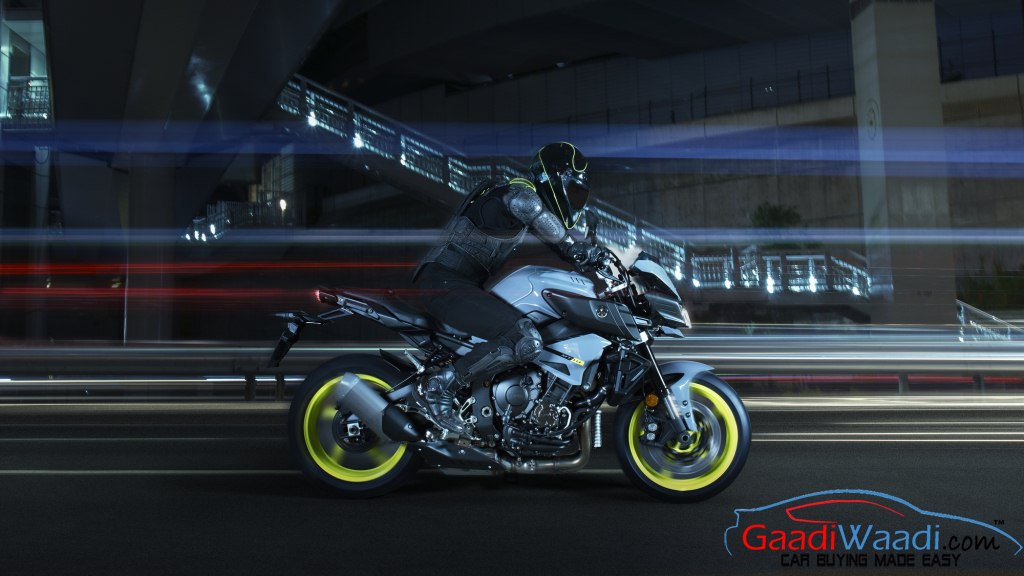 Engine wise it is using the same engine as the detuned and cheaper R1S as it gets steel conrods while the basic architecture remains the same of this cross plane inline-four engine. Engine will more focused towards better low end and even more punchier mid-range than the already impressive R1.

Details are limited to the upper most level more details from the far end will follow. We are already excited as anything with an engine and flat handle bars is always welcome. Given the fact Yamaha launched the R1 in India despite asking for it at a price which makes it inaccessible. This could be the machine which could get them good sales in the country. Yes, this time we are asking for it Yamaha, bring it on!