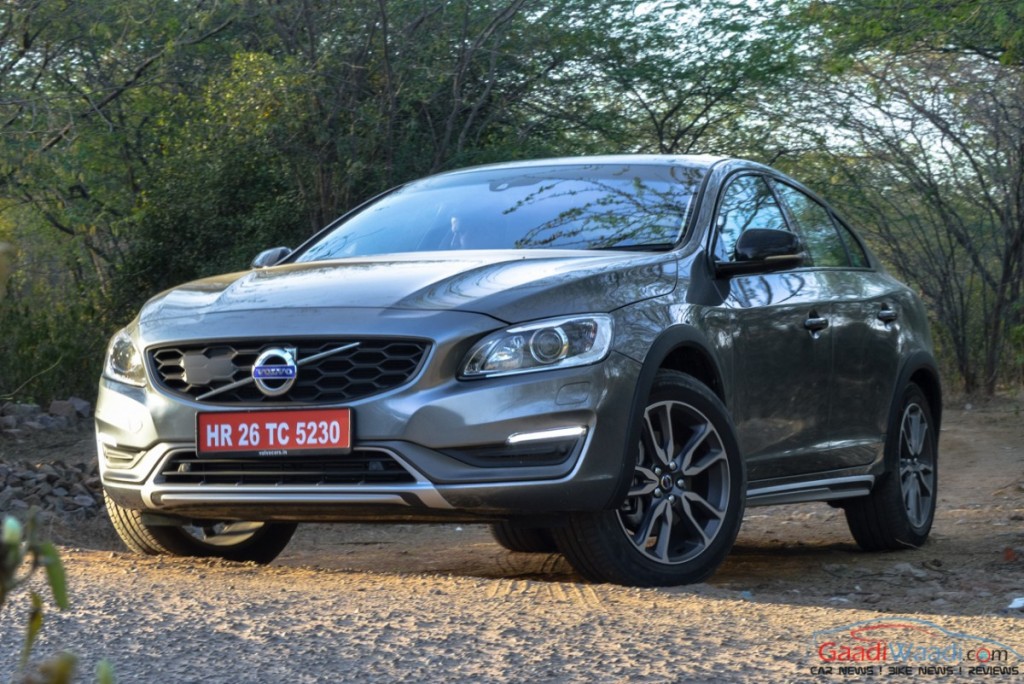 Volvo Auto India launched the S60 Cross Country sedan on March 11th 2016. It’s a portion of the five car launch the company has planned for this year and apparently a significant step to acquire 10% luxury market share by 2020. The Swedish auto maker has to see past the German trio of Mercedes, Audi and BMW to achieve such an ambitious target and the first niche product on the line was the S60 Cross Country.

The S60 Cross Country is the stand-out version of the already available S60 sedan with an increased ground clearance, raised suspension and handling tweaks to differentiate it from the regular luxury model. At the first glance, the S60 Cross Country looks like a S60 with lift kit and 19″ alloy wheels but it’s something more than just a four-door, five-seater luxury sedan as it offers two main traits: First, You can take it out on weekends and explore low-level terrain and second is it adapts a unique combination of an SUV and a sedan. 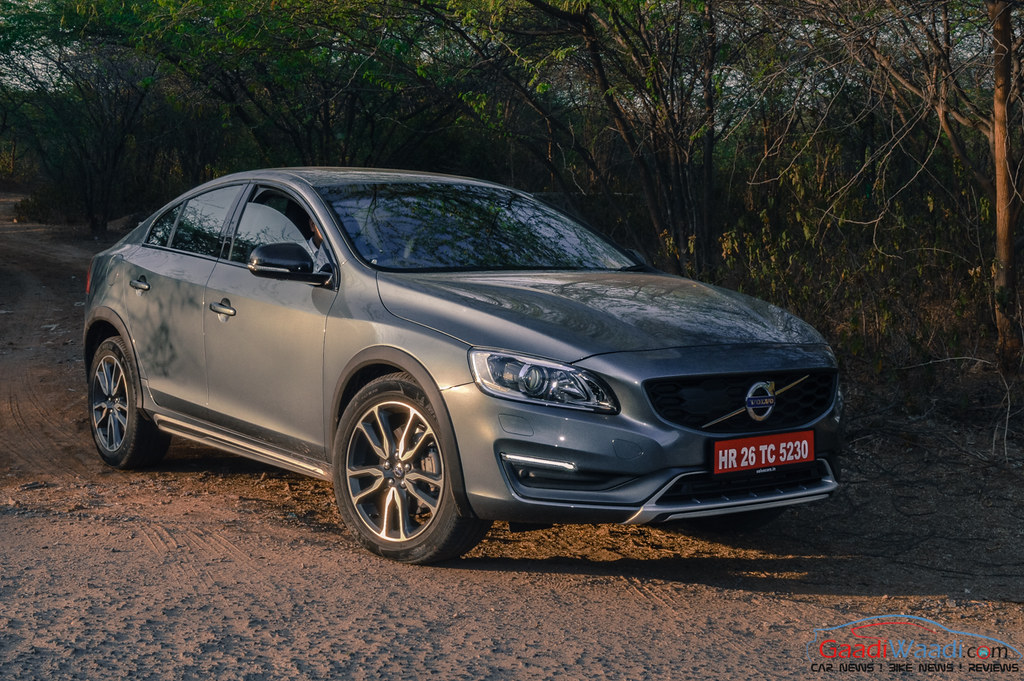 The S60 Cross Country is of a different breed and will stand apart in comparison with the Mercedes C-class & GLA, BMW 3 Series & X1, Audi A4 & Q3. And yes, its uniqueness will make a fair bit of customers lean towards the luxury cross/sedan.

The latest generation Volvo models are apparent head turners in terms of design and the S60 Cross Country isn’t an exception from the lot. Like the standard S60, the Cross Country has executive looks with a bold honeycomb grille featured up front with signature Volvo badge but you get an aging appeal as the styling has quite been outdated. 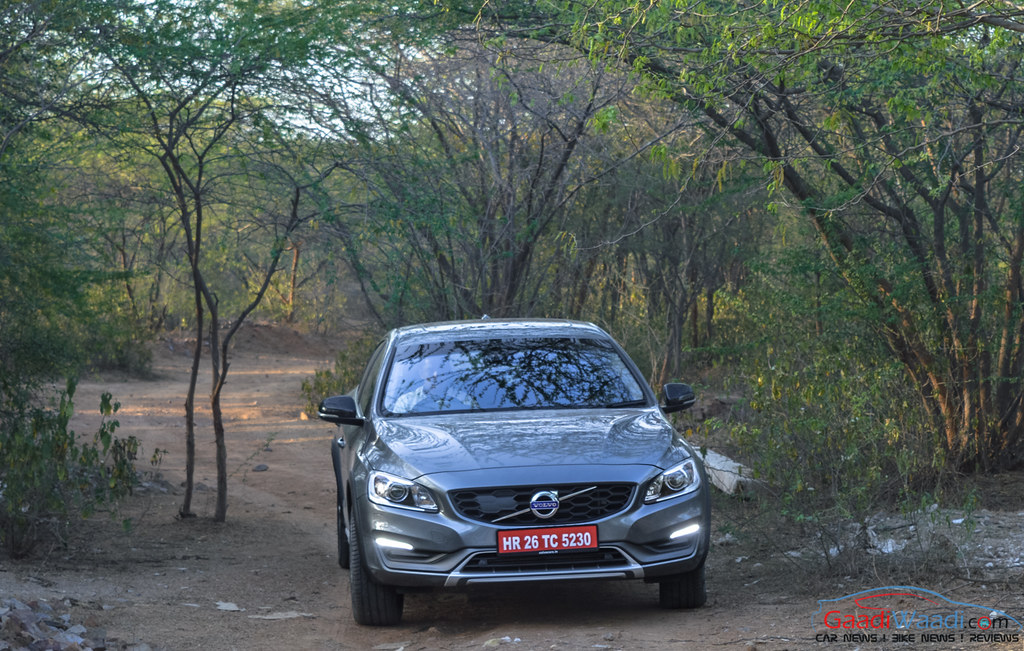 However, it wasn’t displeasing either as the body panels are wisely attached to build up a quality posture. The sleek headlamps bring up an interesting front fascia with the sharper edges and creases lying below the prominent bonnet. 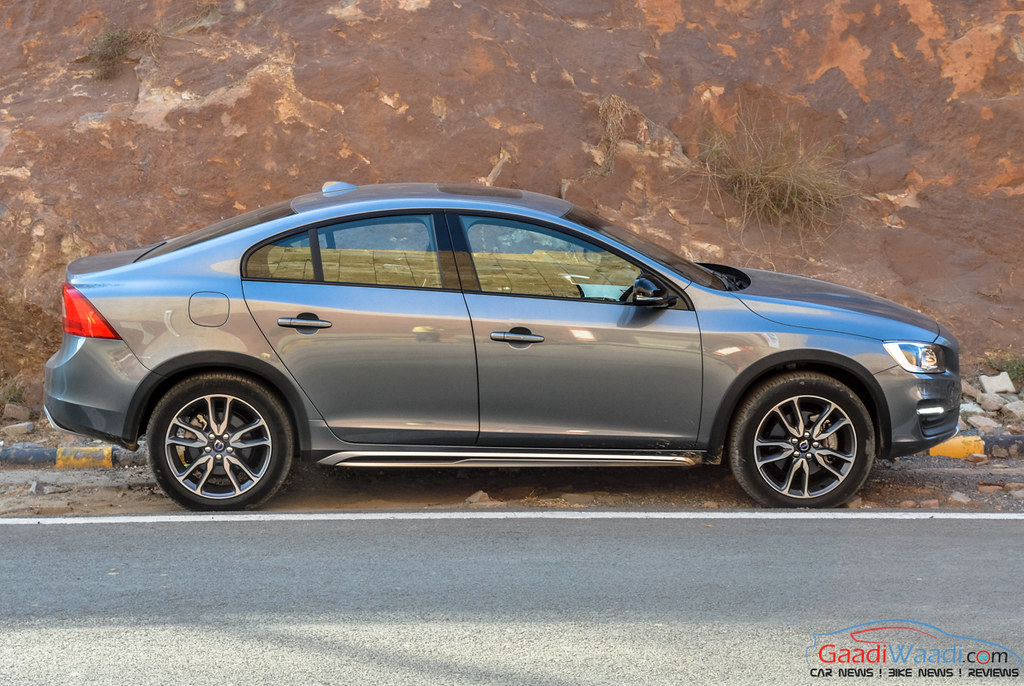 The side profile has been kept undisturbed in contrary to the front and rear and we should be thankful for that as it conjures a refined elegance. It has sturdy character lines and features bigger 18-inch alloy wheels wrapped by Michelin tyres to cope with the heightened stance of the vehicle. Black plastic cladding all over the wheel arches and redesigned side skirts add crossover character to it. 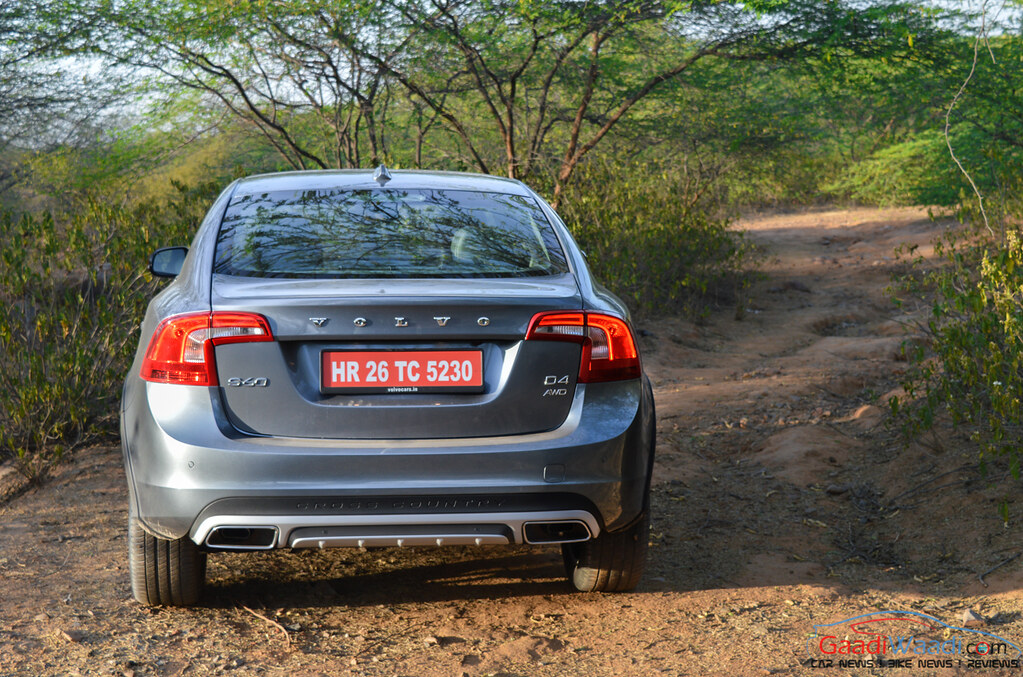 The tail lamps are L-shaped and the integrated tailpipes accentuate the compelling rear end which round out a decent design package. The whole styling will appeal for Indian customers as Volvo has made subtle changes like the addition of scuff plates and black bumper extensions mentioning “Cross Country” to spur up the collective SUV-ish stance.

The S60 Cross Country comes with roomy leather interior with no big changes over the stock version as the centre console is tilted towards the driver. 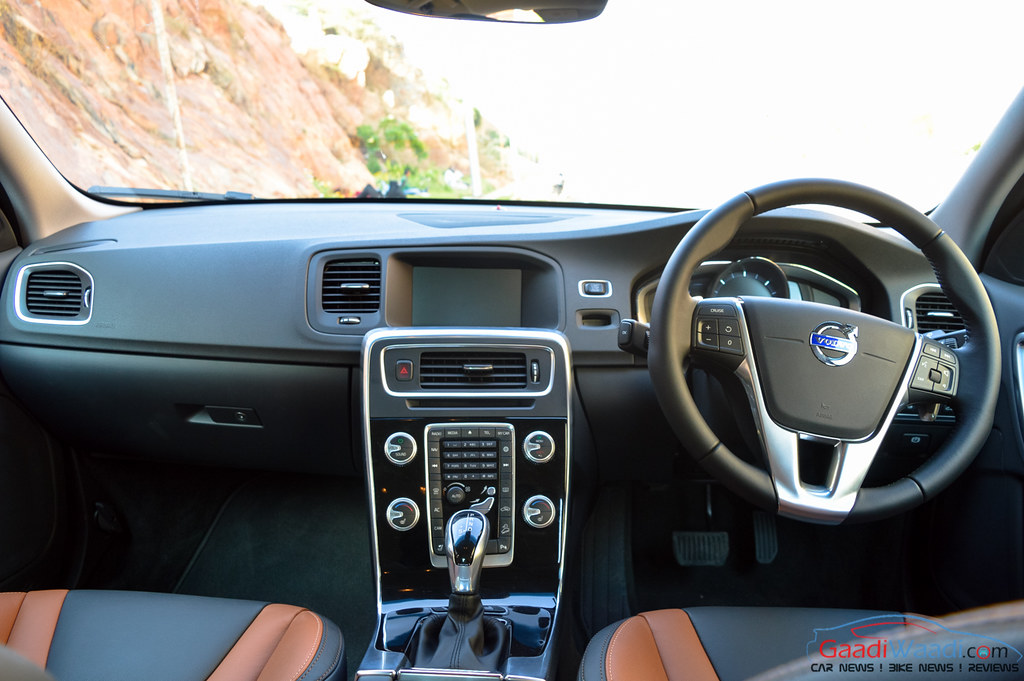 The sculpted sports seat offers unmatched comfort in the segment and the positioning has been very impressive as it look like you are in command with with exclusive comfort levels and a superb side support from thighs to shoulders. 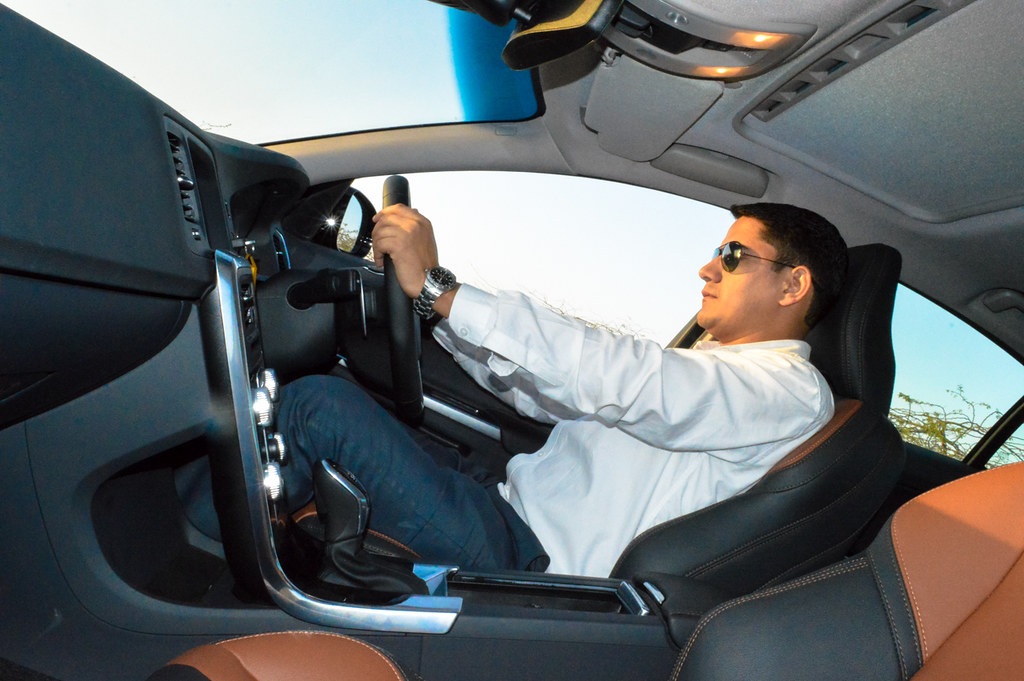 In contrary, the rear seats are not well adjusted to the occupants and the under-thigh support is minimal but leg room and head room are well above the requirements. The 65 mm ground clearance wouldn’t affect the ingress of the vehicle and you pretty much sit in normal positioning as the standard S60 nevertheless. 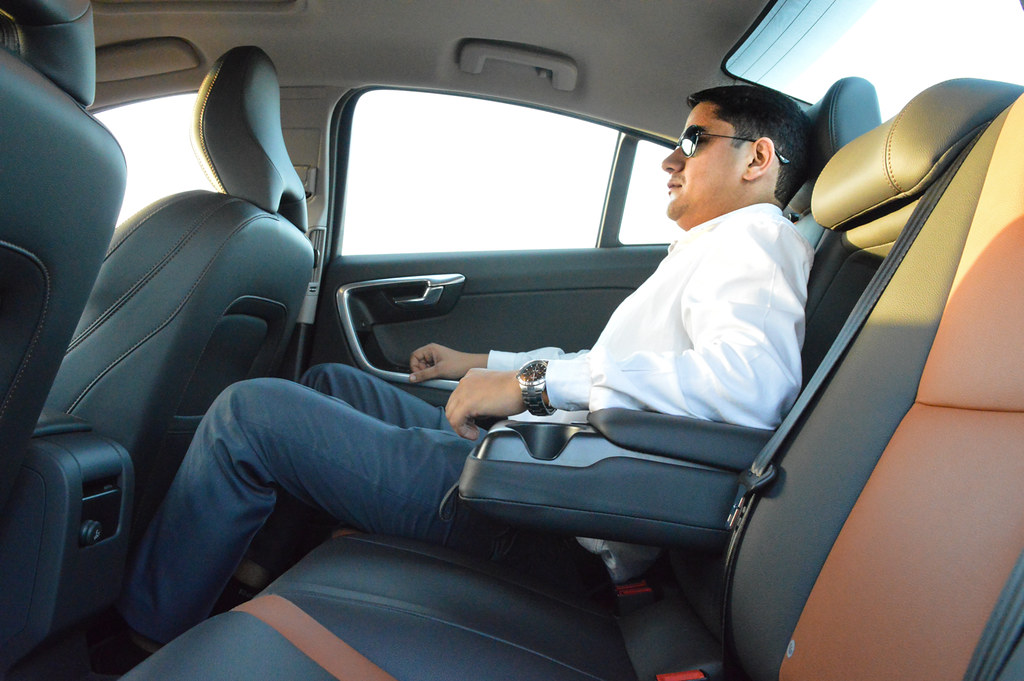 The cabin is a bit outdated when you consider its rivals from Audi, Mercedes, Jaguar and BMW constantly upgrade their features and the styling. You do find a sumptuous dashboard but it could have been slightly more aggressive and eye-catching rather than a typical Volvo. 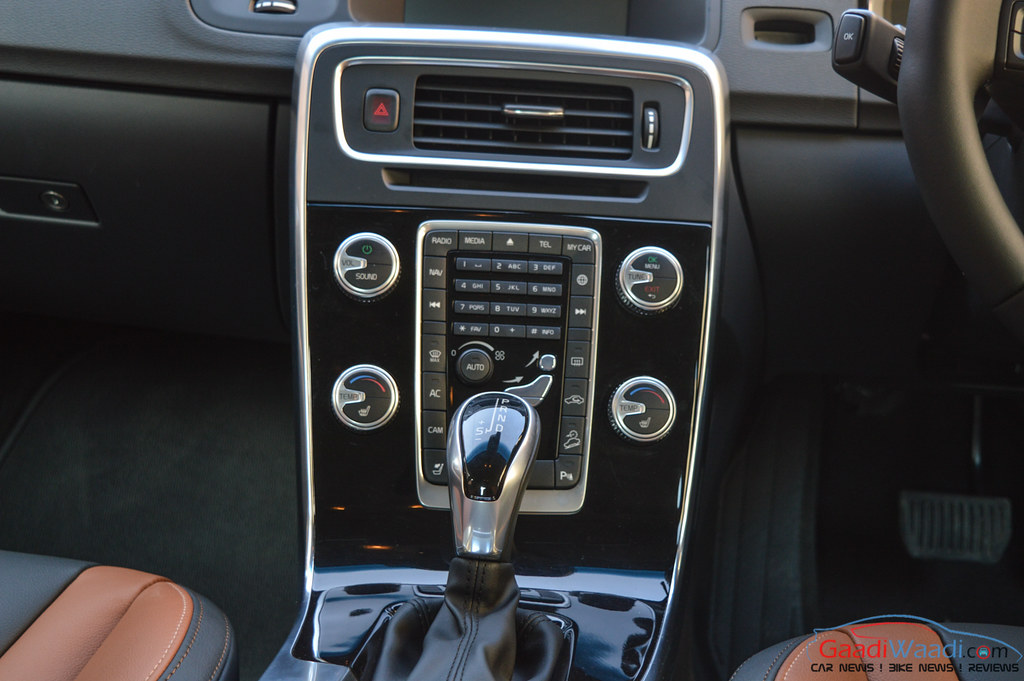 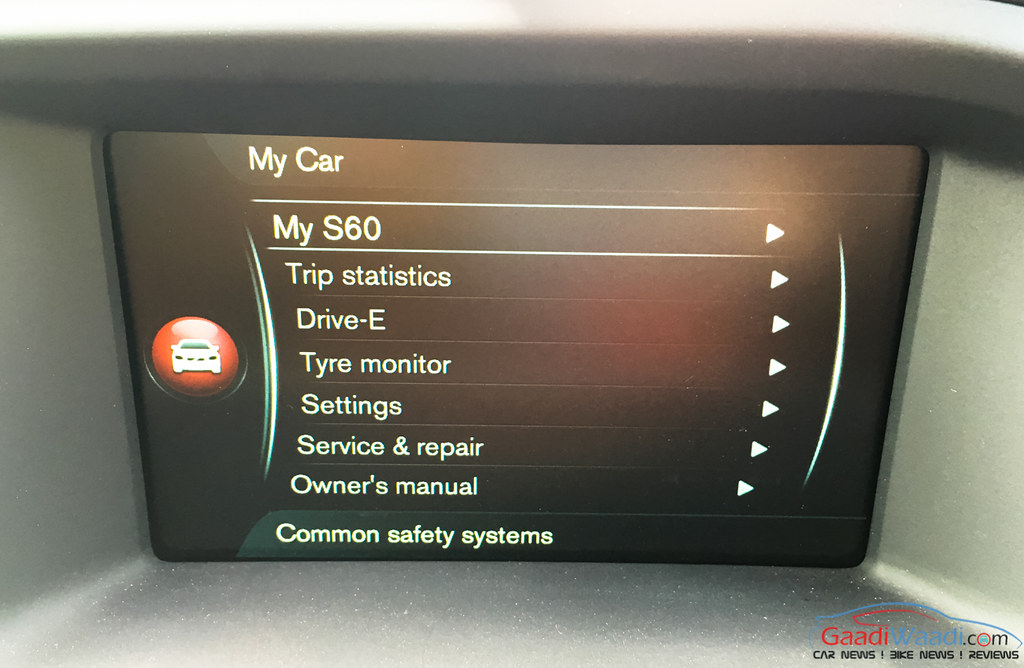 The Scandinavian touches on the leather stitches and the highly functional climate control, Air Conditioning and the safety features Volvo would stuff in a car can be blatantly seen here as well. 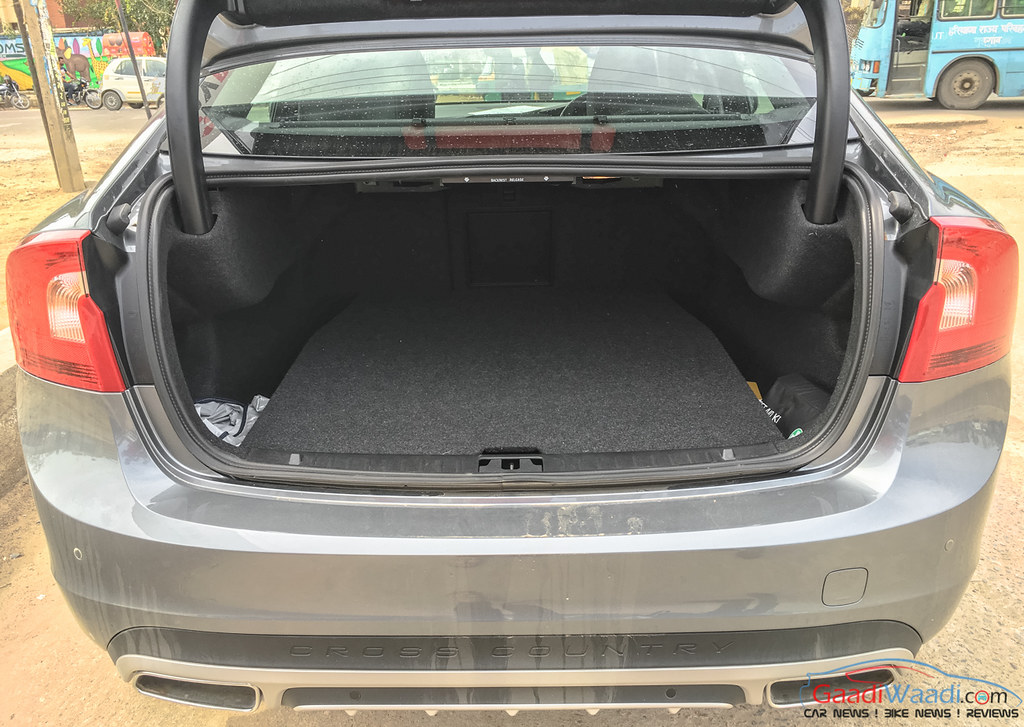 The boot capacity of 380 litres is as similar to the one found on the standard S60 and it’s not bad either. With that said, carrying less amount of luggage on long trips is highly recommendable.

In automotive engineering terms, increasing ride height would result in excessive amount of body roll, aerodynamic instability with stiffer suspension and changes in handling characteristics and as a whole the way the car feels to drive. To offset the increase in height, the suspension has been made firmer. 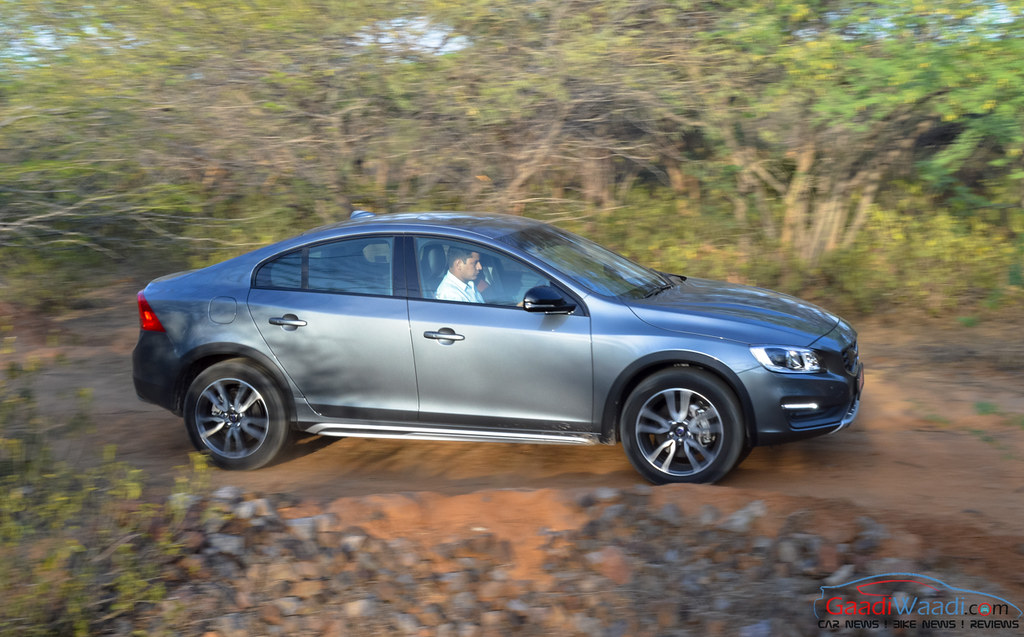 Volvo engineers have put a lot of thought in bringing the ride quality of the S60 Cross Country in line with the regular entry-level luxury sedan. Kudos to them, the handling hasn’t been affected very much but the increase in suspension travel has prompted the ride to become stiff. 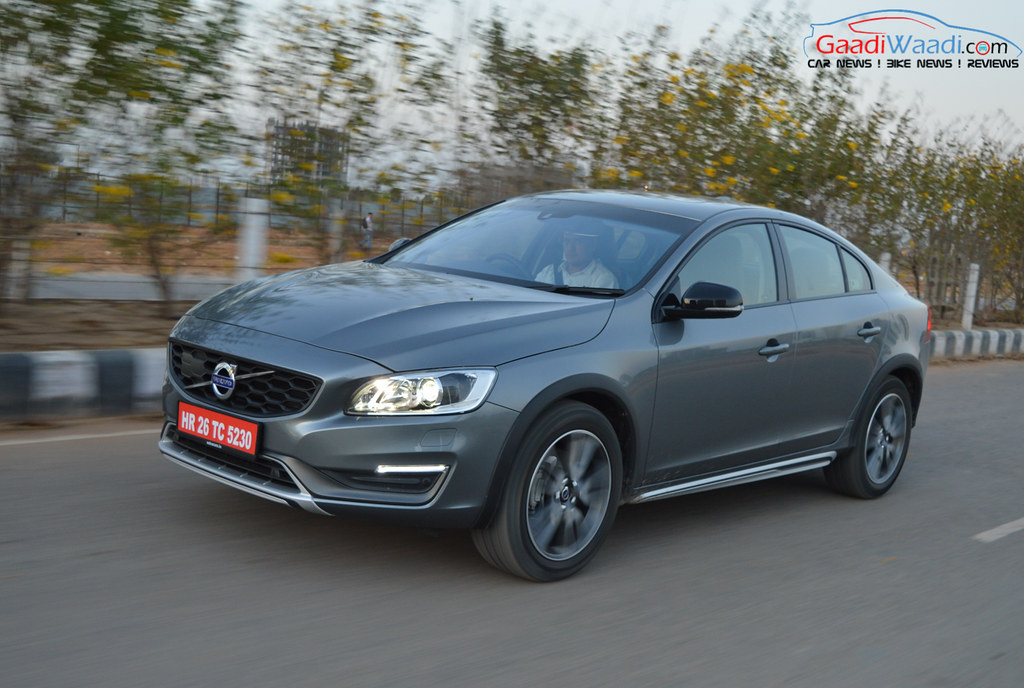 In short, the compromise you have to make is on smoother tarmac where you would have to make do with the stiffened back but the upside was on the roads with potholes or off-roading conditions, the Volvo S60 Cross Country will come handy and that’s the main differentiation the model emphasises in against the traditional competitors and to get more customers along the way. 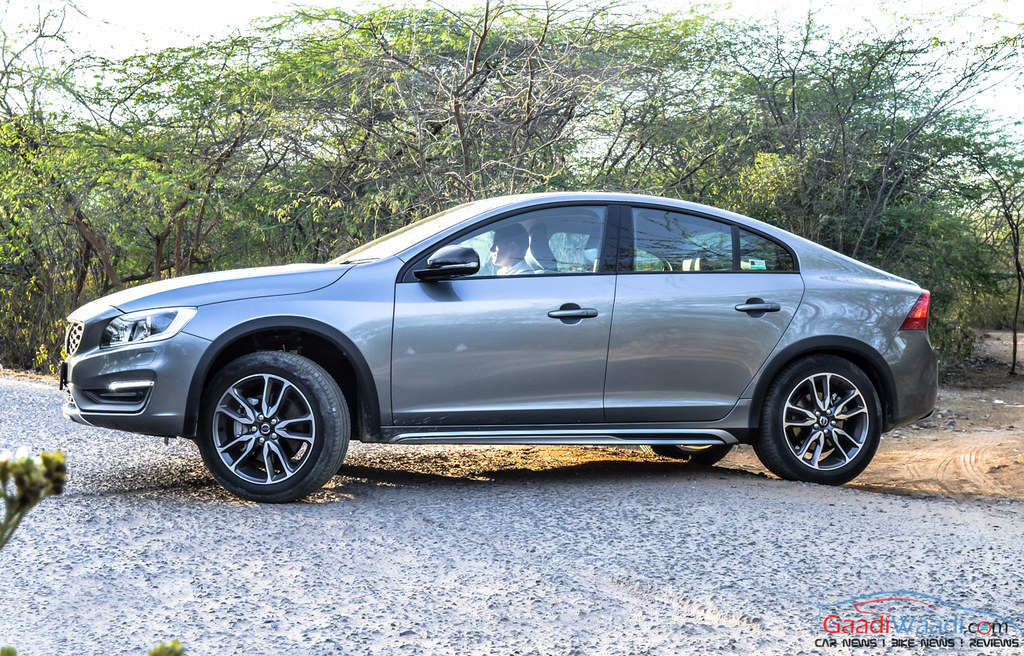 The car does have a soft spot to understeer but then again it’s understandable as it has a taller stance. The Michelin Primacy 3 rubber grips on even the rough tarmac quite well and the electrically assisted steering wheel is light at low-level of speeds. But it offers good feedback and the electronics kick in to add weight to the steering and provide sharper feel as speeds go up. 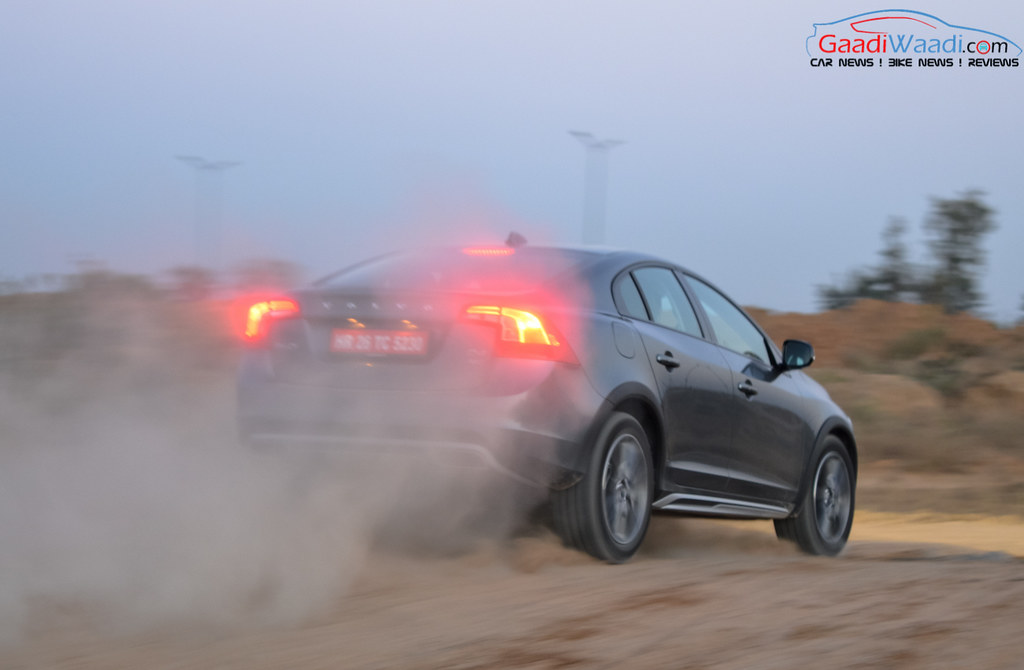 Despite its tall stance, it has good road presence and sticks firmly to the ground and can negotiate harder bumps with ease. It feels more comfortable at speeds of over 140 kmph and can cruise along to hit the top speed of 210 kmph. The 1,551 kg kerb weight doesn’t de-stabilise the ride as well as the corners can be taken with confidence. The S60 Cross Country can sprint its way to 100 kmph from 0 in under 8.9 seconds. 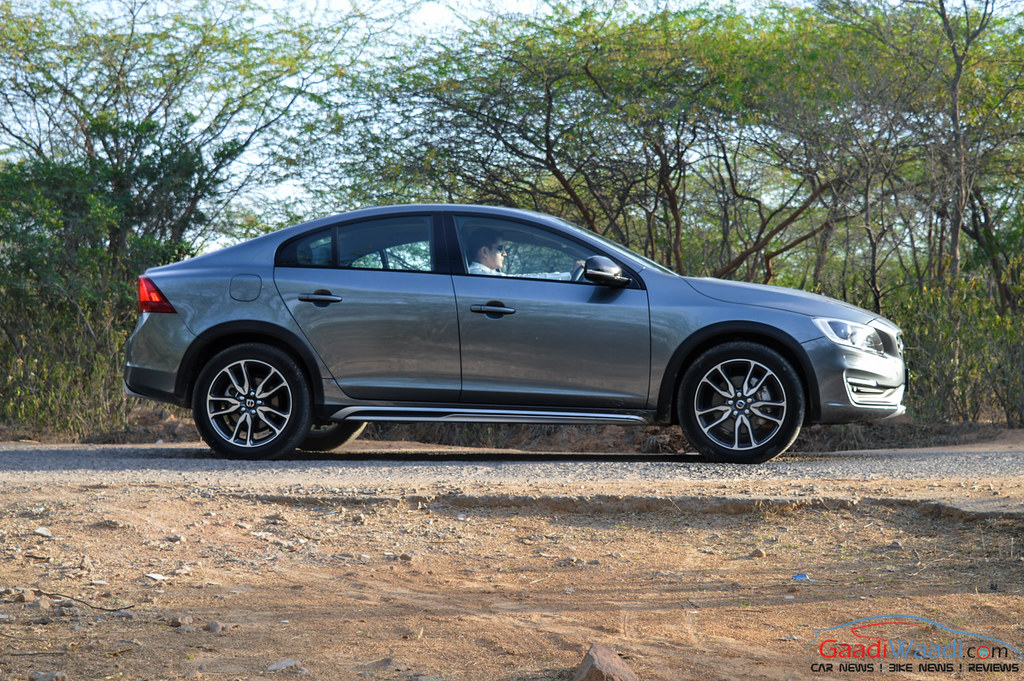 The S60 Cross Country measures about 3 mm longer and 42mm wider than the regular model and there’s a 65 mm increase in ride height to justify the Cross Country badge and it has totally resulted in obvious leap in distance from the ground which now stands at 1,539 mm.

The 201 mm ground clearance is class-leading as the S60 Cross Country betters the dedicated SUVs like the Audi Q3 by 31 mm and BMW X1 by 8 mm besides the Mercedes GLA by 18 mm, BMW 3 Series and Mercedes C Class by 44 mm and the Audi A4 by an impressive 73 mm.

As with any Volvo’s, the powertrain is quite the hero in here too mainly driving in inner parts and the outskirts of the city. The Volvo S60 Cross Country derives power from the same 2.4-litre turbo-charged five-cylinder diesel unit seen in the regular S60 sedan. But, it’s been detuned to pump out a maximum power output of 190 PS and 420 Nm of peak torque as against 215 PS and 440 Nm. 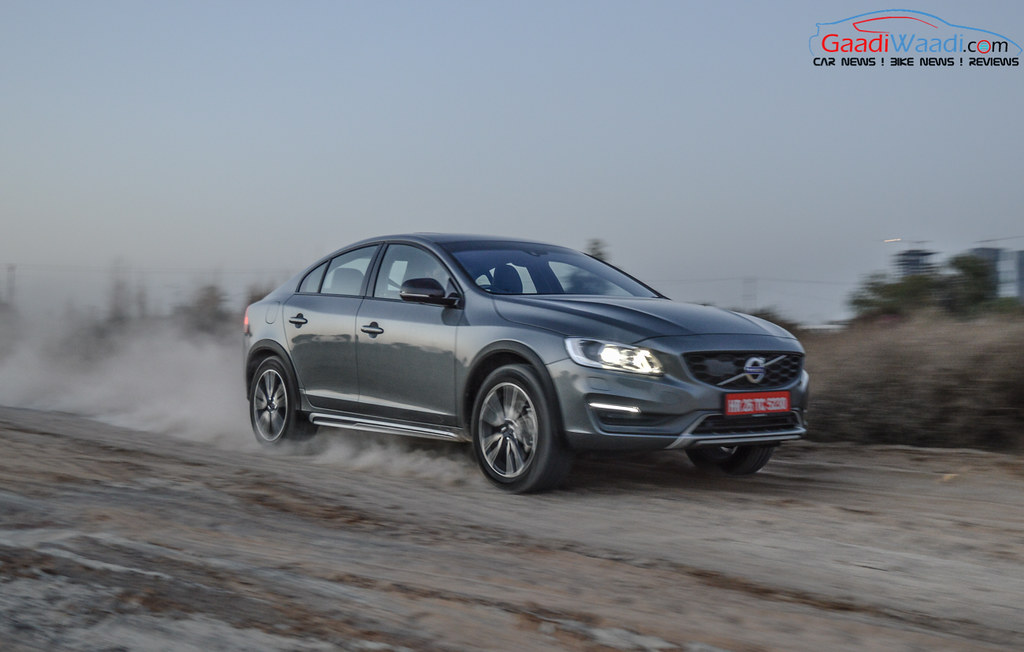 The all-wheel drive system is offered as standard and it transfers power to the rear wheels only when needed by calibrating the surface conditions and traction level. The linear power delivery is due to the six-speed automatic transmission with smooth gear shifting even on congested roads. 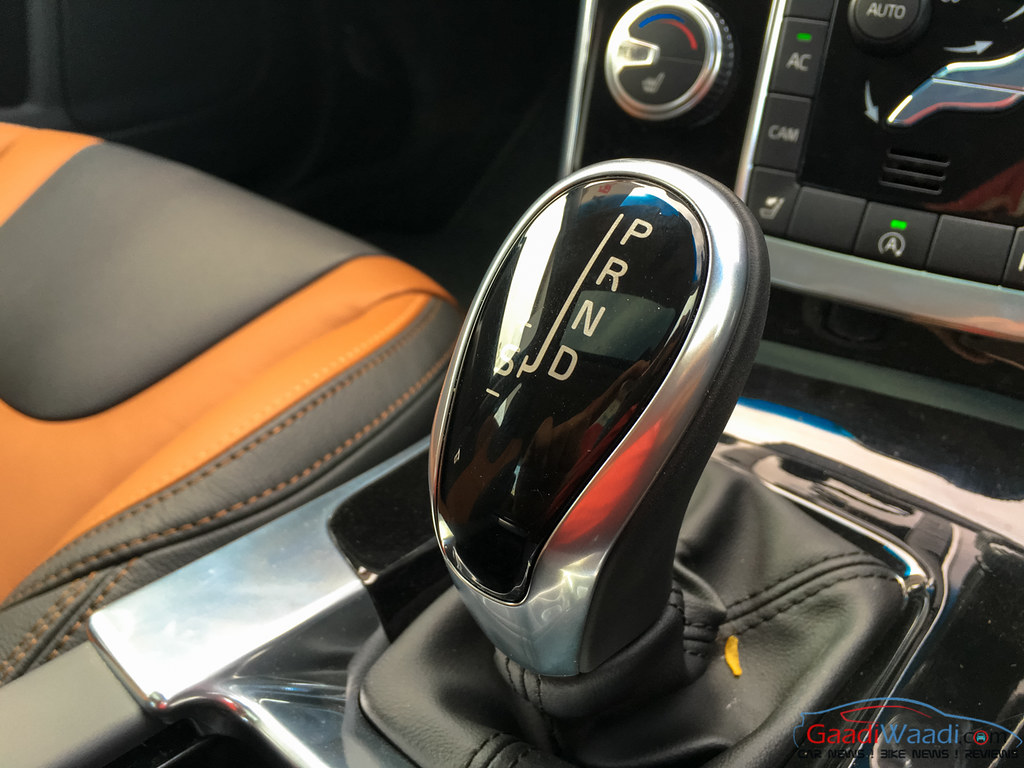 Additionally, the driver can use the paddle shifters on auto mode as well by flicking the + plus side to gear up or – side to shift down. This is a clever way to ramp up the speed or do a quick overtaking without having to wait for the torque to kick in at a long press of the throttle.

You can engage Sport mode and get not alarmed about as the engine is highly user-friendly regardless of where you take the car for a spin. You can hear the turbo-five sing its harmony when the suspension stiffens up, throttle response made sharper and the engine becomes more responsive on Sport mode. 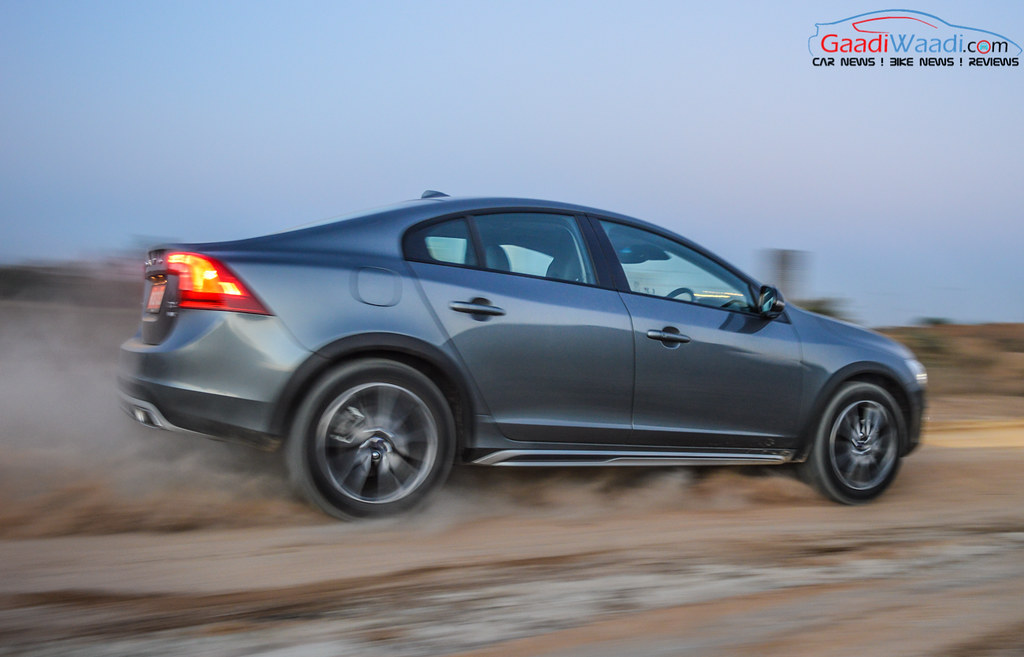 You can feel certain amount of vibration inside the cabin while idling and the motor does put a smile on your face. With that said, it is well refined and not as awe-inspiring as a BMW but it will get there eventually.The future versions will have four-pod Drive-E units as Volvo is set to phase out the existing engines above 2,000 cc by next year. 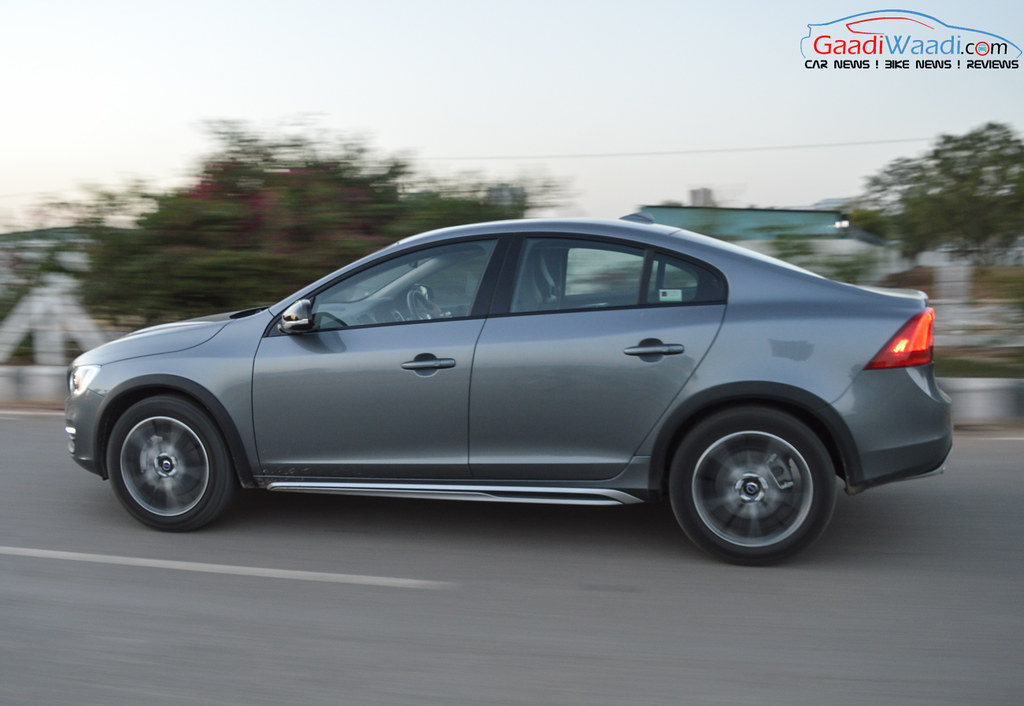 It gets off the line aggressively and at above 120 kmph speeds it comes alive so well. But in the lower band, at around 2,000 rpm, you get diesel clutter but this motor is well suited on dirty surfaces and makes the ride enjoyable on regular tarmacs. 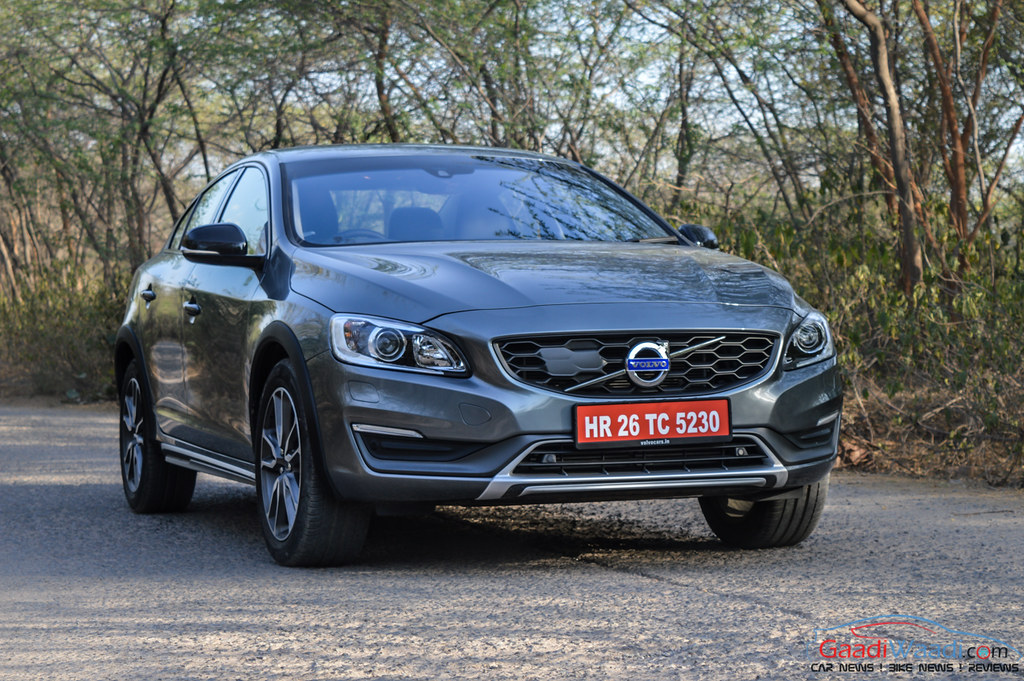 The luxury SUV segment in the country carries loads of potential and as for Volvo it doesn’t have much on offer for that particular space. The XC60 is there to convince the crowd but for the affluent market buyers, the S60 Cross Country is the sole-standing answer to the Merc GLA and C Class, BMW X1 and 3 Series and the Audi Q1 and A4 models. The Volvo S60 Cross Country doesn’t bridge the gap between the sedan and the SUV but it’s something that will have you think about a unique way of experiencing the ultimate attributes of both the body styles. 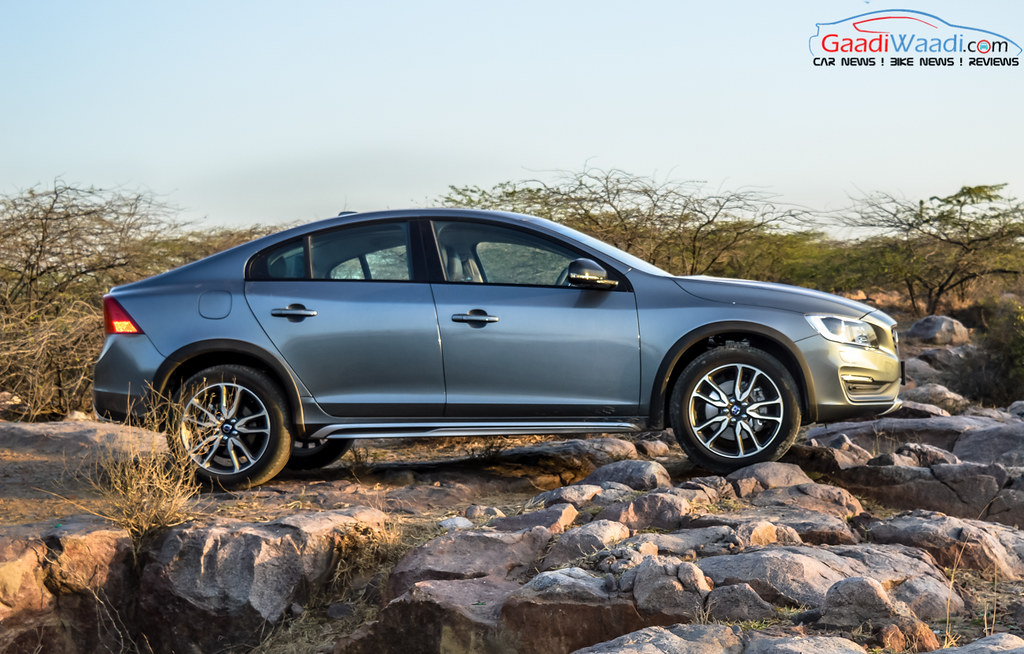 Volvo S60 Cross Country carries an all rounder character with its stand out style and muscular presence, all-wheel drivetrain, cockpit-inspired waterfall console tilted towards the driver and with the most noticeable asset of 201 mm ground clearance. The rugged packaging gives the confidence to push the limits and in a nutshell, the S60 Cross Country delivers the luxury and comfort of a sedan along with the bolder presence and off-roading ability of a Sub Utility Vehicle. 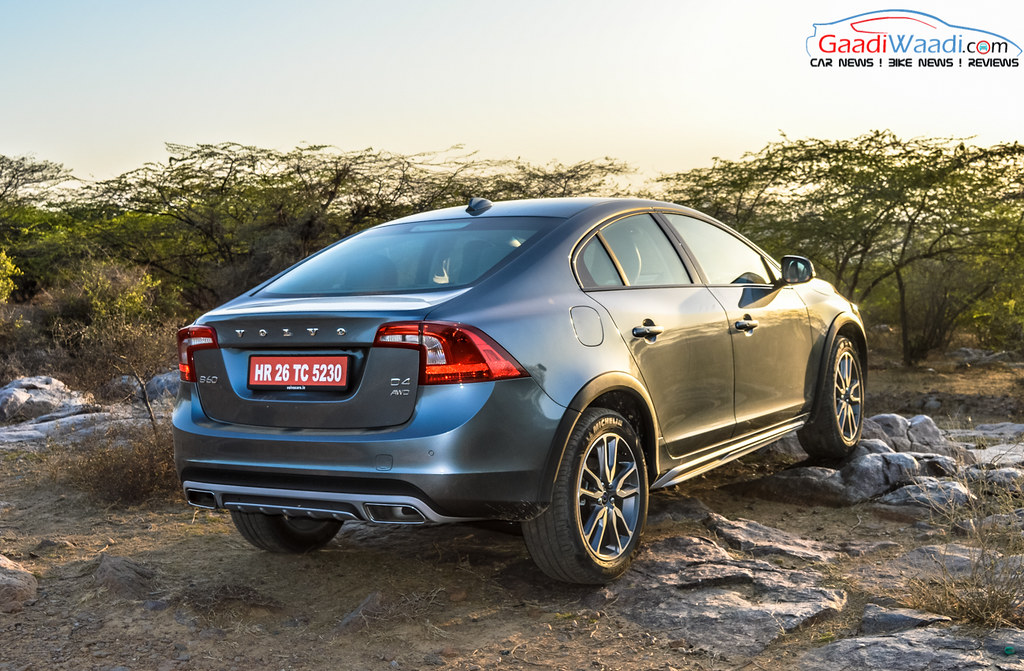 Moreover, the price of Rs 38.9 lakh (ex-showroom, Mumbai) will surely entice many buyers if they want to be the odd pick among the luxury fraternity. 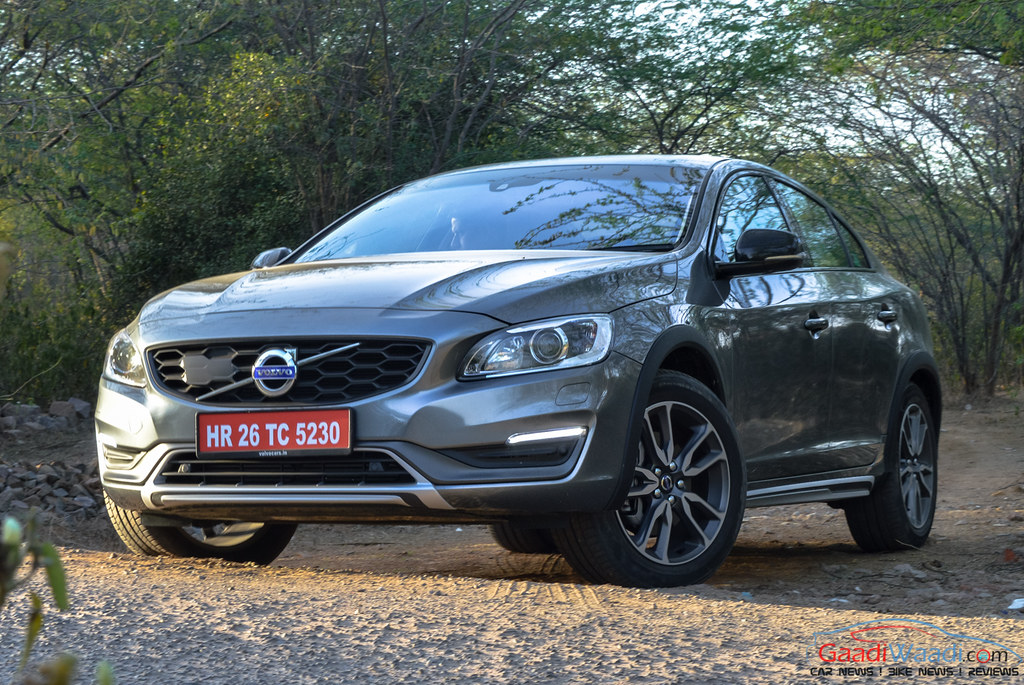