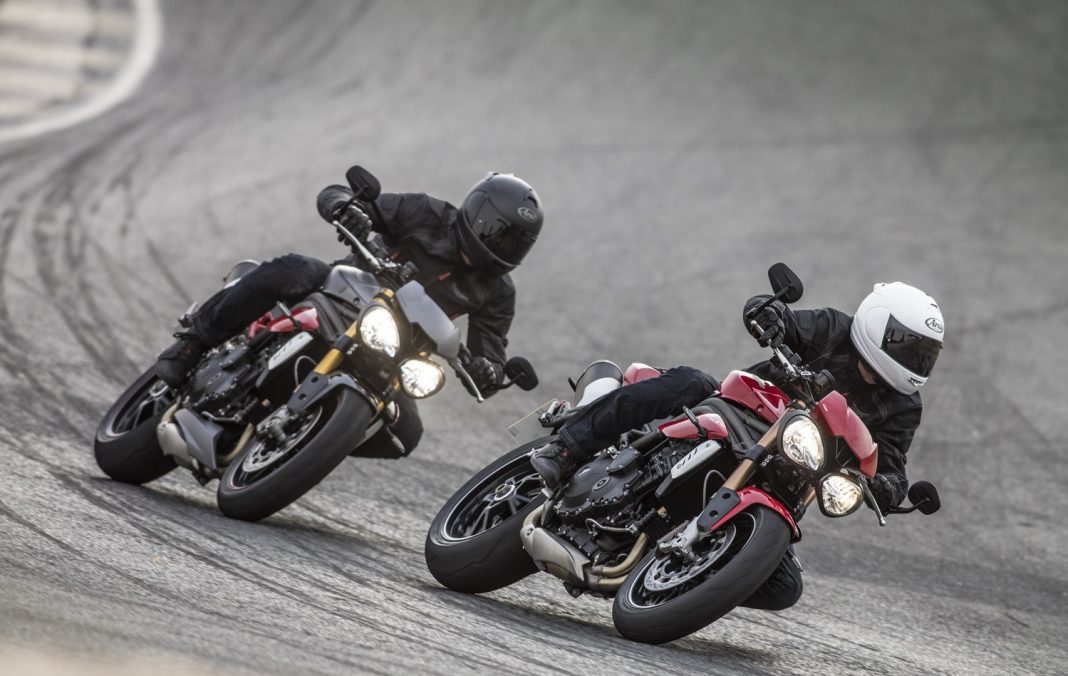 2016 Triumph Speed Triple is finally here after a much needed overhaul. The bike was lacking against the competition when it comes to mechanical bits, engine power and refinement. Design wise the old one was a stunner till date but, however, the new one looks even more stunning with bug-shaped headlights and new cowls at the front and sides. Exhaust shape, size and mountings stay similar so it is easy to recognize this iconic motorcycle.

Mechanically, the 2016 Triumph Speed Triple gets 104 changes to its traditional 1050cc engine. The biggest update being made to the engine was for to comply it with Euro 4 emission norms and it is more efficient by 10% when it comes to fuel consumption. The 1050cc engine is narrower by 20 mm and torque is now available throughout the rev range as it reaches flat torque curve thanks to inline-three layout. 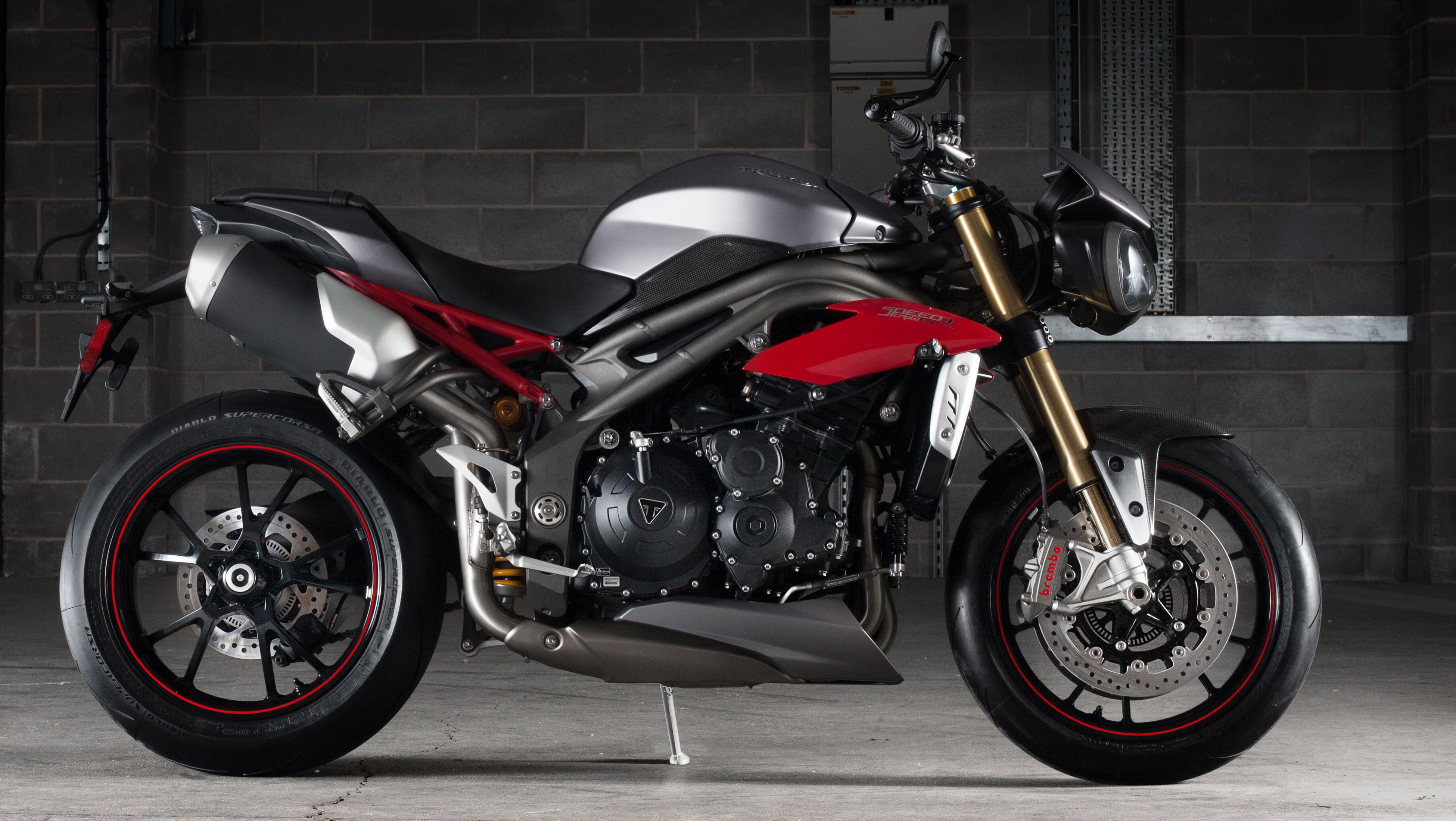 When it comes to loading up the engine, Triumph has given heavy updates as it’s the main area where the competition has caught up dramatically. The 2016 Triumph Speed Triple now comes with a slipper clutch, newly designed smaller radiator which company says despite smaller it has 70 percent improved flow rate. 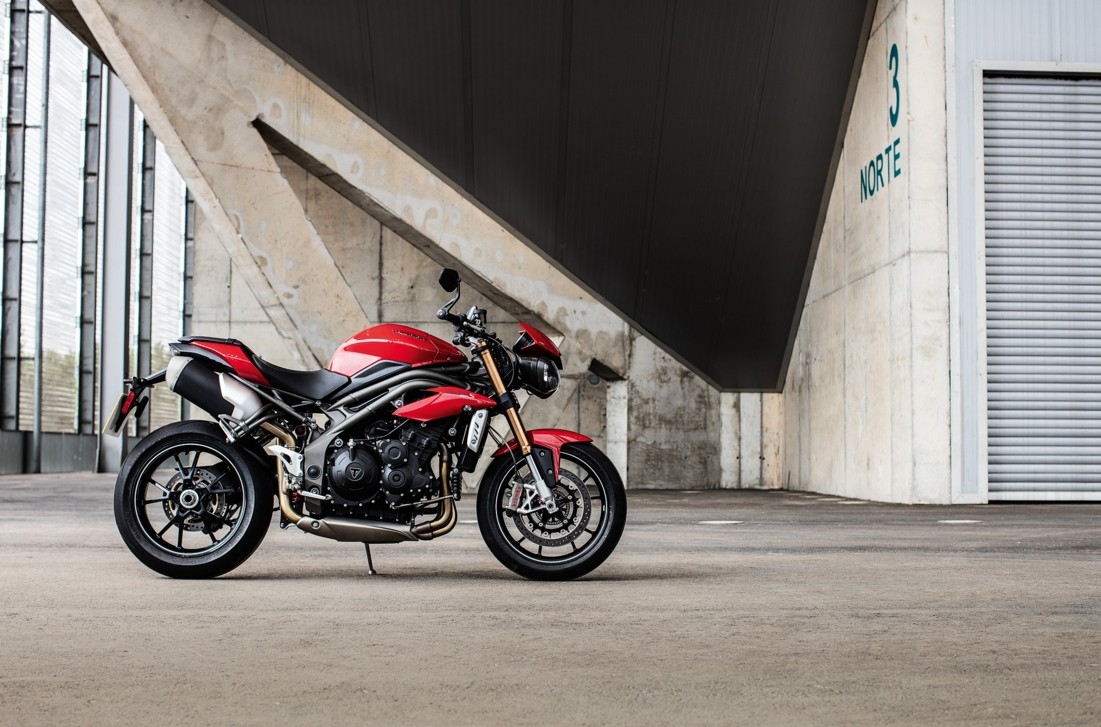 The 2016 Triumph Speed Triple comes with five riding modes including road, rain, sport, track and a custom programmable riding mode. Throttle maps are also here which will control the aggression of the throttle response despite in any rider mode.

Exhaust system has been revised and the mountings for it remain the same. Electronics for better riding and fuel consumption are here as the consumers demanded them. 2016 Triumph Speed Triple comes with a new ECU and adjustable ride-by-wire throttle to allow riding mode features to be added in. 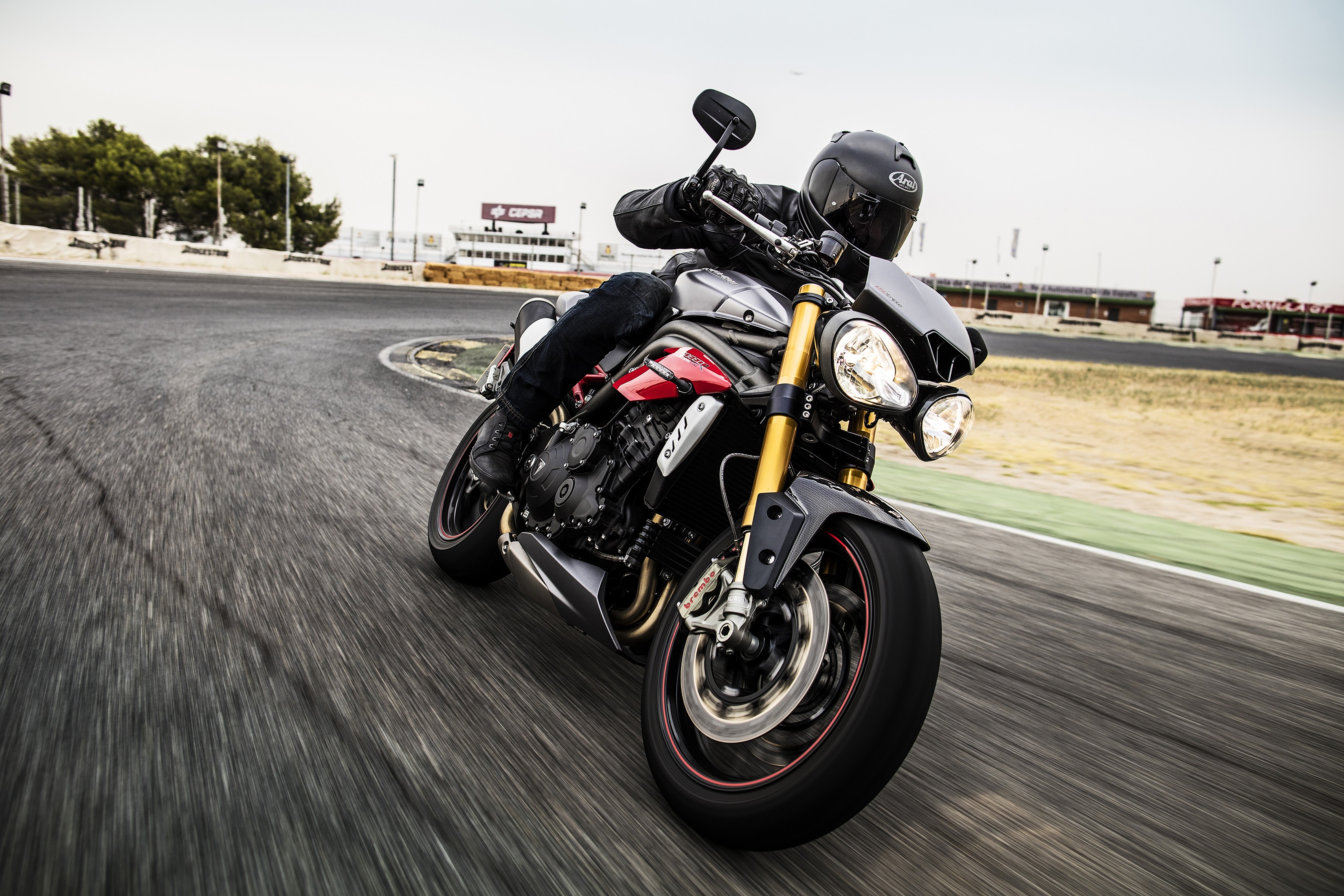 Since ABS is going to be standard worldwide, you get switchable ABS and traction control while braking performance comes from Brembo’s monobloc calipers at the front. Speaking of hardware. R And S are here for a reason. The R spec get Ohlins suspension front and rear which make it way more special. 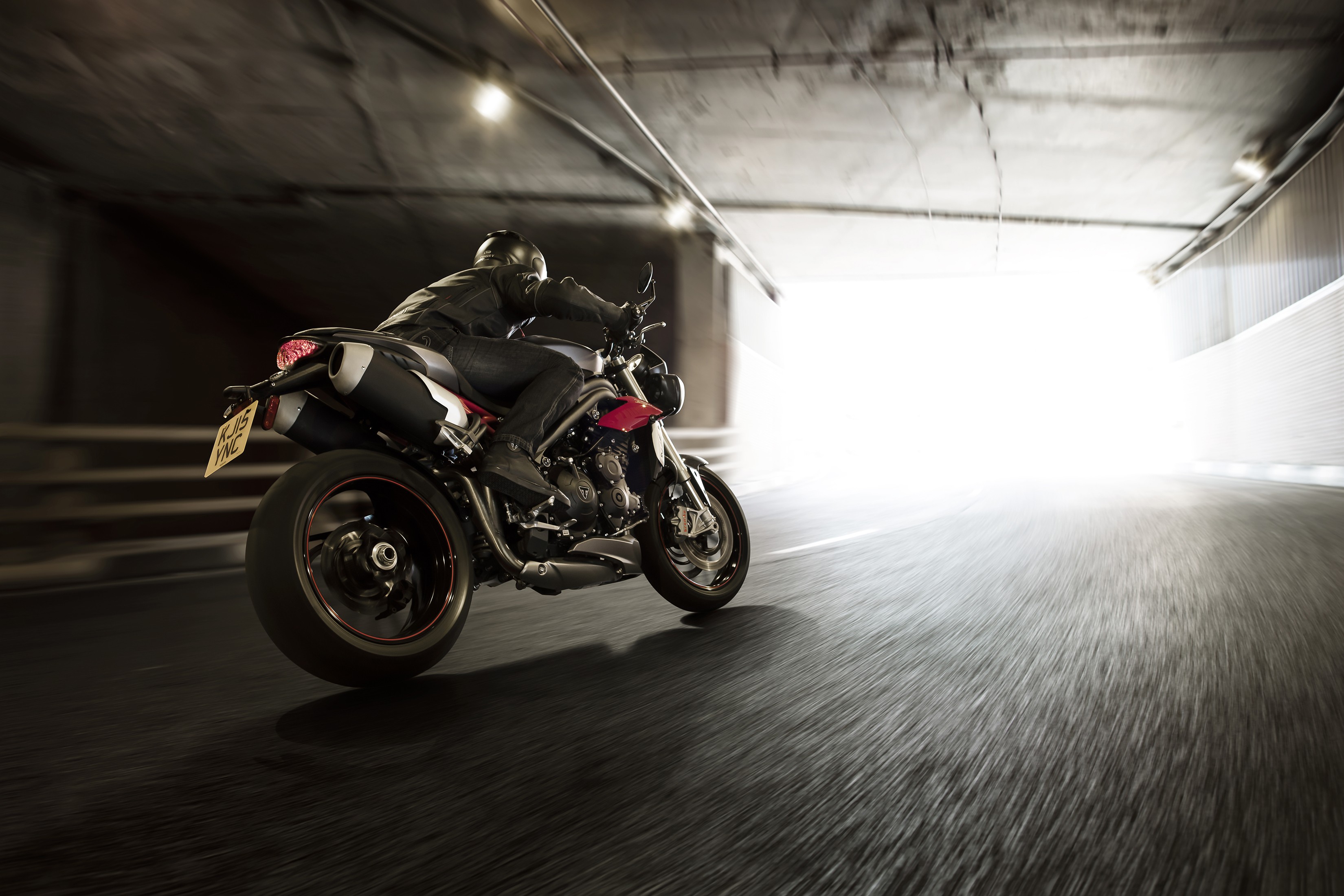 Ohlins’ bits offer superior performance than other suspension offerings. Meanwhile, S variant continues to get Brembo brakes and home made suspension. Watch out for power and torque figures as we get them for you as soon as they’re available.