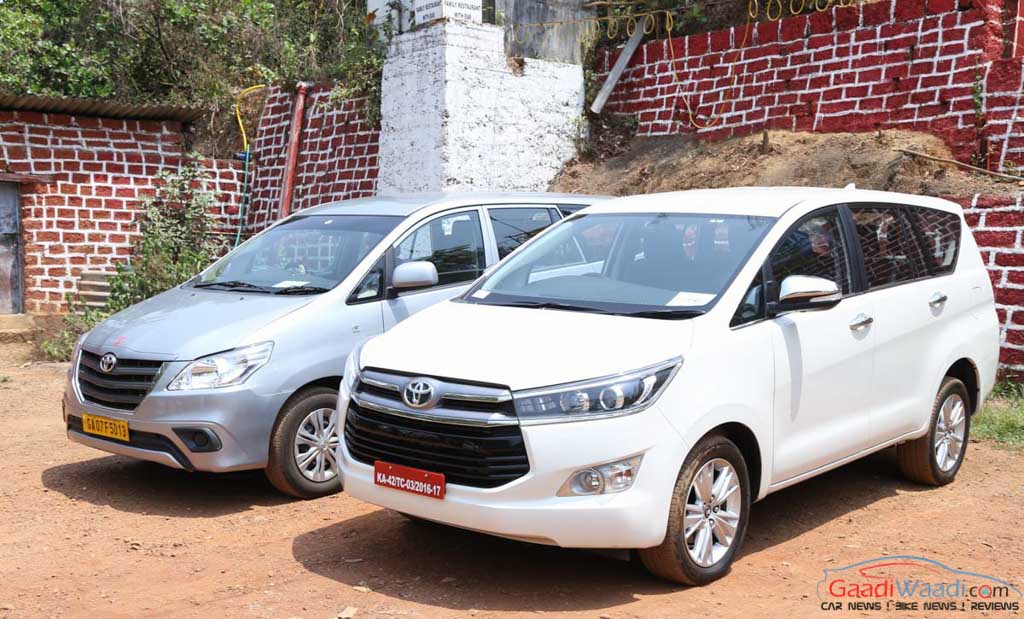 Toyota Innova is certainly the most popular MPV of all time in Indian market. With almost a decade’s success under the sleeve of Toyota Innova this has been certainly the best selling model for the Japanese automaker. Toyota launched the all new Innova on 2nd May; and it gets new look, new design, revised interior, additional attractive features and new engine under the hood. The new Innova was showcased at the 2016 New Delhi Auto Expo, and in India it is dubbed as Innova Crysta. The 7.0 inch touchscreen infotainment system at the centre console gets a revised look, it appears bigger and there is no flanking buttons beside the screen and it gets Bluetooth and voice command system. The dashboard gets a new look in the Innova Crysta. The materials used in the upholsteries, dashboard looks upmarket compare to the old model. The seats get new look. The second row of Innova Crysta gets captain seats, which is completely new. The Toyota Innova Crysta gets an all new 2.4 litre GD diesel engine under the hood compare to the old model’s 2.5 litre engine. The new engine is smaller compare to the old unit, but it generates 47 bhp more power at 147 bhp peak power compare to old model’s 100.6 bhp. The new 2.4 litre unit produces 360 Nm of peak torque, while the old model’s 2.5 litre engine churns out 200 Nm, which means the Innova Crysta offers 160 Nm of extra torque. The new model comes with transmission options of 5 speed manual and a 6 speed automatic.

The new Toyota Innova Crysta looks much sharper, stylish and upmarket compare to the old model. It also produces more power than the outgoing model. The new model is fuel efficient as well. Although the Toyota Innova Crysta comes a bit pricier, but with all the new features it is well worthy of that price.