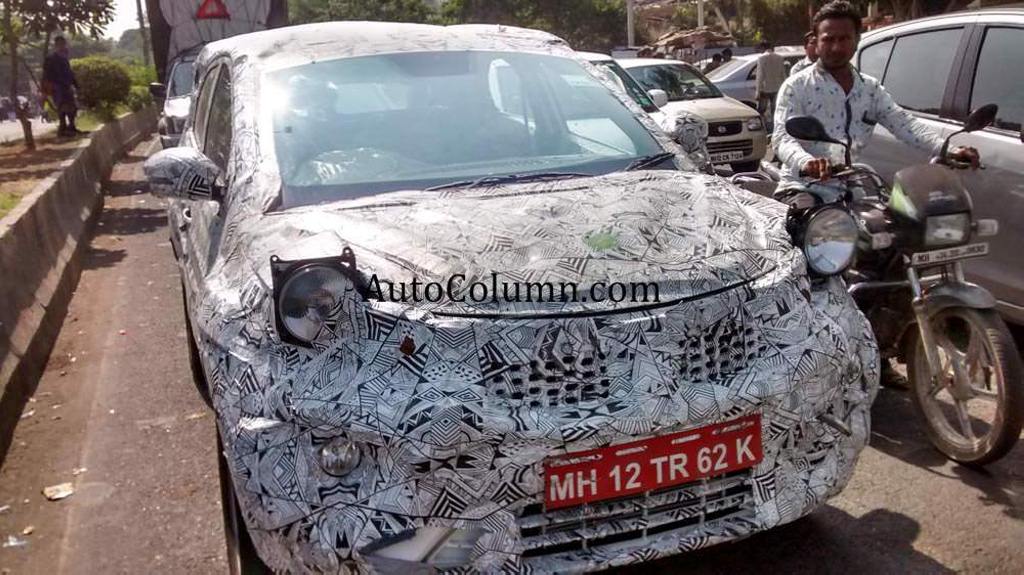 2016 Tata Nexon Compact SUV will come against the likes of upcoming XUV100 and Maruti Ignis, to share Tata Zica’s components

Tata Nexon is the big thing from the Indian company as it the first monocoque SUV from the brand and it is going to be a compact one. The target is very clear in terms of competition as it set to strike at every with arrow.

Competition right from the Duster to Ecosport and even smaller Mahindra XUV 100 and Suzuki Ignis will be dragged into the field. The segment is fast growing and promises a lot of growth just like the compact sedan. Nexon, in the spy pictures kind of looks odd or the camouflage has been very well done just like the Zest, Bolt and Zica. We are talking about the rear here. Side profile reveals critical details as this is set to be based on the Zica and not on the Bolt and Zest. All though platform is the same for all these cars.

Front is very substantial and bonnet is higher and is a clam shell type one. Humanity line is most likely to stay the way we have seen with three other products. Interior shows that the car will steering just like the new Tata which right from the Nano to the Safari has. Something that is based from the Zest. Quality levels and the features levels are going to be higher and safety will be given high importance like previous and modern Tata cars. Engine wise, we expect to see similar engines of the Zest and not the puny Zica engines. 1.2 REVOTRON petrol and 1.3 Quadrajet diesel will come in most likely. The car has been spotted for the first time and we expect the launch to happen within a year. Expect endless spy shots as it just begun when you consider the fact what we saw with the three fresh launches.