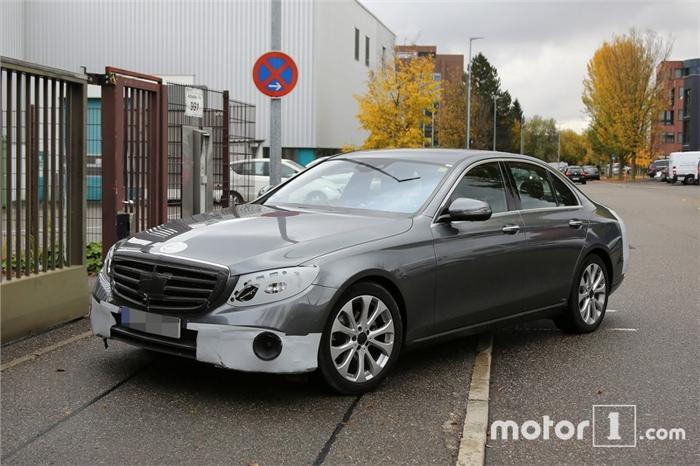 The next generation Mercedes-Benz E-Class has been leaked undisguised ahead of its world premiere at the Detroit motor show in January 2016. It will compete against the likes of Audi A6, BMW 5-Series and Jaguar XF next year and Indian market is expected to receive standard as well as long-wheelbase models.

More likely to be sold in international markets in six body styles, it will come powered by a variety of petrol and diesel engines. The 2016 E-Class will have similarly-styled digital dashboard as in the larger S-Class but with dual 12.3-inch touchscreen integrated as a one unit and has upgraded COMAND infotainment.

On the outside, the new E-Class has styling cues borrowed from new flagship S-class sedan and entry-level luxury C-class sedan. It appears that some variants will feature a grille similar to the one in S-Class, as well as the LED headlamps, despite the test mules had dual-slat grille with a large three-point star logo mounted in the middle. 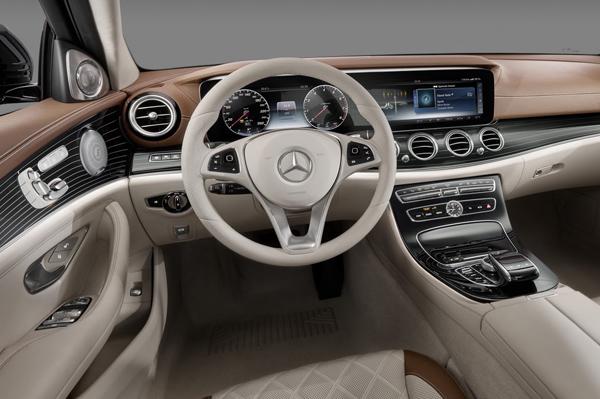 The base Avantgarde variants  will get an 8.4-inch central infotainment screen for selective markets which will could with Apple CarPlay and Android Auto. The six body styles offered are sedan, long-wheelbase sedan, Maybach, estate, convertible and coupé. The performance versions of the E-Class namely Mercedes AMG E63, and E450 AMG will also be offered in markets worldwide.

Mechanically, the E-class will get a new family engine line-up with four-pod petrol and diesel engines in various disguises. The diesel engine is expected to pump out between 148bhp to 228bhp of power for different variants alongside a petrol hybrid model.

The 2.0-litre four cylinder turbo-petrol mill could produce in the range between 181bhp and 241bhp across various disguises. The E-Class will also be powered by a six-cylinder turbo-petrol motor developing 329bhp and 362bhp in the E450 AMG whilst the top-end AMG model will get a 4.0-litre twin-turbo V8.

In the meantime, the 3.0-litre V6 diesel will more likely be carried over and a twin-turbo inline-six cylinder diesel engine will make its debut.