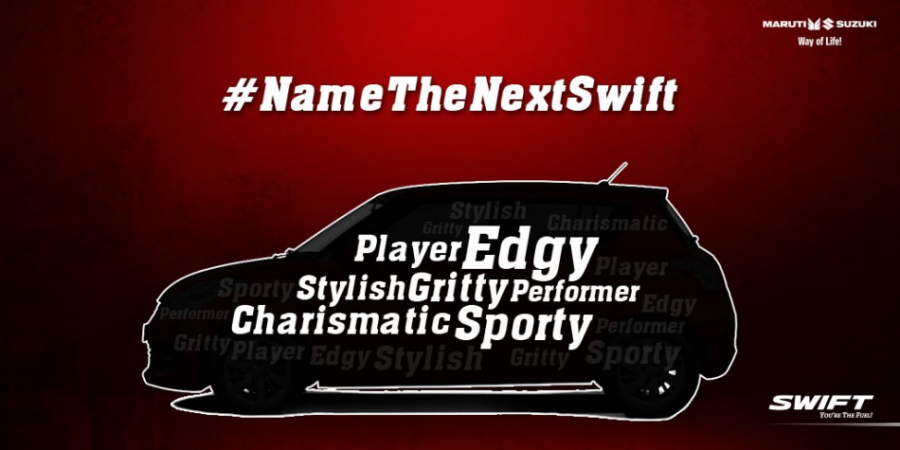 India’s largest automaker Maruti Suzuki is all set to launch a limited edition of the very popular compact hatchback Swift in the country. Earlier this year, in February Maruti Suzuki showcased an accessorized Swift at the New Delhi Auto Expo 2016.

The Indo-Japanese automaker has began an unique naming contest in the Twitter with the #NameTheNextSwift hash tag. The contest suggests that the name of the upcoming limited edition Maruti Suzuki Swift can be Stylish, Edgy or Sporty. Incidentally, this is not the first time people were given chance to select the name of a car by voting. Tata Motors arranged for a naming contest few months back for their compact hatchback Tiago, which was earlier named as Zica. Coming back to the Swift’s naming contest the automaker promises exciting prizes for the winners of the contest.

The particular Maruti Suzuki Swift at the 2016 Auto Expo was painted in Red with two white racing strips on the bonnet, boot lid and rear doors. The car was bearing body kits all around, sporty black alloy wheels and white capped wing mirrors. The upcoming Swift limited edition might sport dual tone seat covers, branded floor mats and audio system with Bluetooth connectivity inside the cabin. Power source for the limited edition sporty compact hatchback will be unchanged. It will get a 1.2 litre K-Series petrol engine and a 1.3 litre DDiS diesel engine under the hood.

Swift is one of the most popular and best selling model in the world from the Suzuki Motor Corporation. In India too the car has a large number of admirers and customer base. The Japanese automaker has sold more than 50 lakh units of the Swift across the world till date. Now the limited edition of the already popular model will enhance the popularity even more. Expect the Maruti Suzuki Swift limited edition to be launched in a few weeks, which would get a slight price hike than the standard variant.