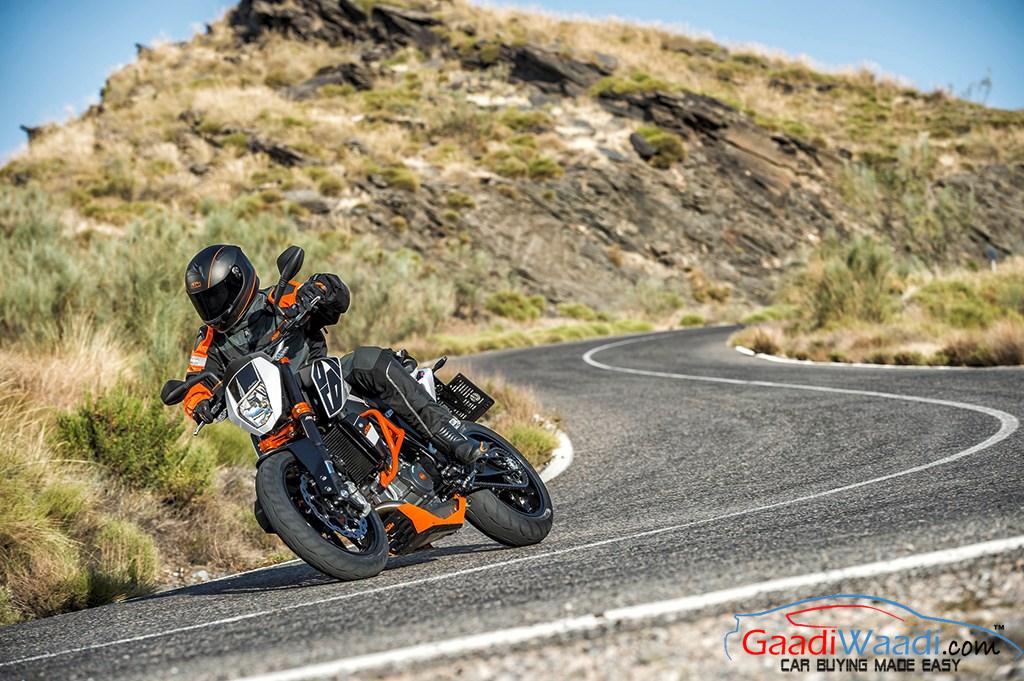 2015 September was the time when KTM announced that it had given some updates to its 690 Duke in prototype form. The changes this singe cylinder 690cc thumper are now official with the final production version is here. There is a surprise as there will be as well a up-spec R version will come along and it is here, at EICMA.

The 690 Duke has been thoroughly revised when it comes to the engine. The LC4 single cylinder thumper now churns out 73 hp and 74 Nm of torque. A completely new cylinder head has been made which now uses a single cam. The single cam also works as the intake valves directly. The exhausts is working through the roller rockers, and also acts as a secondary balancer shaft. which is the highlight of the engine and reduces vibration at the top-end of the bike and midrange where the previous motor was criticized for.

All thanks to an all new, ultra light piston, connecting rod, a new crankshaft with new bearings has been introduced to make it spin it faster and while stay stronger and vibe free. Twin spark plugs with individual mapping makes thing smoother and linear throughout the power band.

KTM mentions that there is now a full 1000 RPM to play with and it means more power can be extracted. KTM says it has worked on optimizing the intake and exhaust systems. The incoming air routed through a resonator chamber helps the valves to breathe better. 2016 KTM Duke 690 also gets an advanced ride-by-wire system with three riding modes. There’s also a standard slipper clutch along with ABS and cornering as standard on both variants.

The 2016 KTM Duke 690 R model also gets the orange color frame, LED indicators and a seat cover at the rear to make it look sporty and dedicated motorcycle for the track and mean machine for the road.