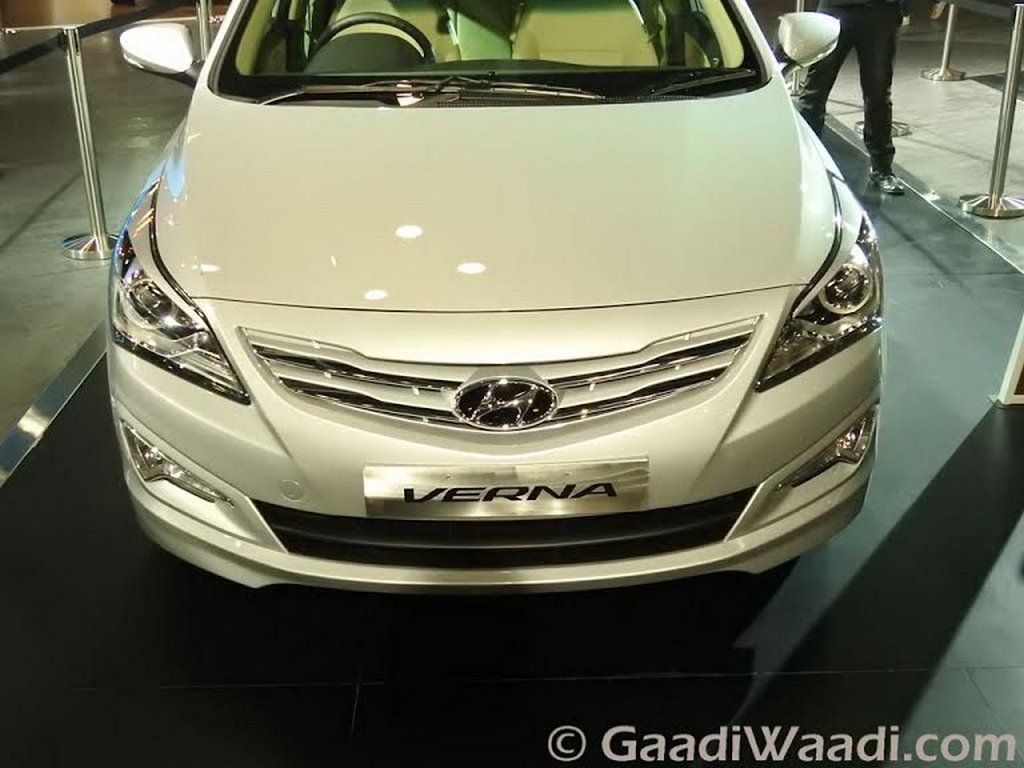 2016 Hyundai Verna gets Dual Airbags and ABS as standard with hiked prices; Elite i20 and i20 Active receive standard dual airbags as well

Hyundai Motor India Ltd. (HMIL) has announced the additional features list in its Verna sedan, i20 Active crossover and Elite i20 premium hatchback along with doing measures to improve safety. The second largest car maker in the country has improved safety quotient in the Elite i20 and Active i20 range of models by introducing Dual Airbags as standard across all variants.

The 2016 Hyundai Elite i20 was revealed in the domestic market recently with the additional features such as projector headlamps, cornering lamps and LED Daytime Running Lights. The feature enrichment has led the way to an added colour scheme as the Elite i20 will now be offered in Phantom Black body paint job. It’s to be noted that the standardization of the double airbags won’t be accompanied by increase in base price of these models. With the Elite i20 regaining its crown as the best-selling premium hatchback in the opening month of 2016, the added equipment have come as a timely reminder to how serious Hyundai is in not letting Maruti Suzuki surpass the volume-seller with the recently launched Baleno again.

The Hyundai Verna fluidic had a roller-coaster of sales lasy year with the best month being March 2015 after registering 3,400 units in our domestic market. Whilst the C segment leading Honda City and the strongly running Maruti Suzuki Ciaz are on a league of their own in terms of retailing figures, the Hyundai Verna has been majority of the buyer’s preference over Volkswagen Vento, Skoda Rapid and Fiat Linea. In comparison with the Honda City, Maruti Suzuki Ciaz and Volkswagen Vento, the Verna is equipped with more powerful 1.6 petrol and 1.6 diesel engines. The South Korean auto maker, who is currently the largest exporter of passenger cars for the 10th consecutive year, says over two lakh examples of Verna are running on the roads of India and to
complement the new customers the 2016 Verna will have added equipment and improved safety.

By rendering Dual Airbags and ABS(Anti-lock Braking System) as standard features across all trims, the 2016 Hyundai Verna will become the best-in-class model to come available with such equipment level. Besides that, the six airbags provided as option will further enhance safety and as a proactive move they will comply with the stringent safety regulations about to be enforced by the national authorities. Set to come into effect from the January 2016 models, the “Technology with Human Touch” tag is emphasised by the introduction of larger 7-inch Smart touchscreen infotainment system with navigation function. The Shark fin antenna mounted at the rear will not only act as visual enhancement but traps various AM/FM radio, satellite radio, cellular voice and data signals whilst acting as an aerodynamic device to reduce drag. But unlike the Elite i20 and i20 Active, the 2016 Hyundai Verna will see price hike of up to Rs. 20,000 across all variants due to the added features.