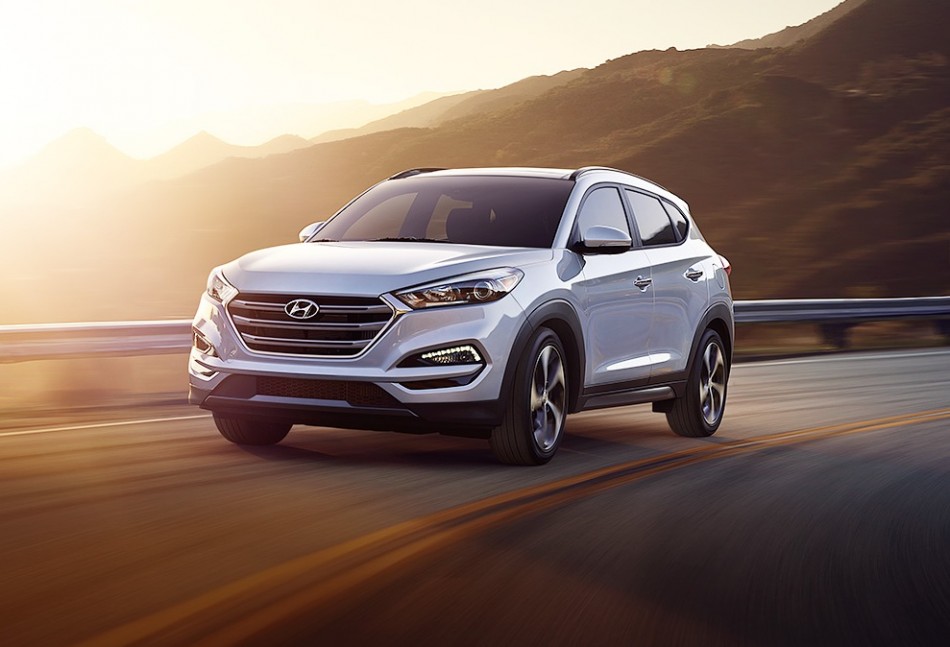 2016 Hyundai Tucson is expected to be launched in India via CBU channel next year with starting price of around Rs. 18 lakhs

The 2016 Hyundai Tucson SUV made its global debut at the Geneva Motor Show earlier this year in February and was launched a few days later in the automaker’s homeland of Korea. It received over 4,000 bookings in less than a week of its launch and forced Hyundai into producing an additional 50,000 units per annum at the second factory in Ulsan plant in South Korea to meet the demands globally and also in local market.

Represented by Hyundai as the “future” as it encompasses the brand’s all-new design ethos, the Tucson SUV crossover is in its third generation and most likely be offered in India via CBU channel. As per AutocarIndia, the starting price will be from Rs. 18 lakhs to compete against its popular rival Honda CR-V.

It features Hyundai’s Fluidic Sculpture 2.0 design language and has been sold globally with two petrol and three diesel engine variants. The crossover is the replacement to the current iX35 and has both naturally aspirated and turbocharged 1.6-litre petrol engines producing 133bhp and 174bhp respectively. As for the diesel engines, a 1.7-litre mill pumps out 113bhp and two versions of 2.0-litre powerplant available with four-wheel drive system generate 134bhp and 181bhp respectively. The three transmission offerings are a six-speed manual, six-speed automatic or seven-speed dual-clutch automatic. The five-seater has a generous luggage space of 513 litres.

With its prominent hexagonal front grille, extended front headlamps that run to the fenders and heavily sculpted side profile, the Tucson crossover is a bit of a looker with its curvy roofline and long bonnet structure. On the inside, 6-airbag system, park assist, powered tailgate, ventilated and heated seats, and a navigation system are also featured but nothing radical in comparison to the Santa Fe SUV in terms of design.