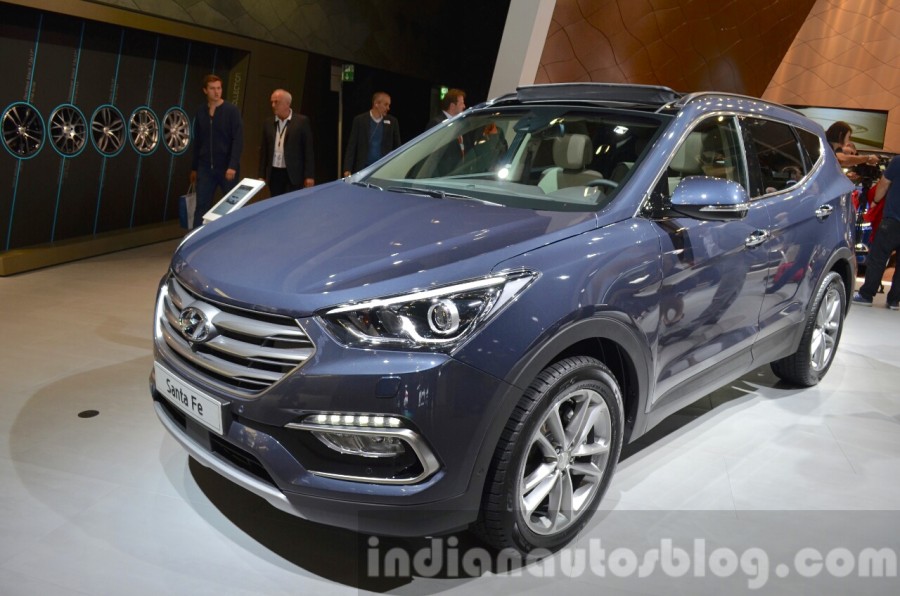 2016 Hyundai Santa Fe Facelift gets typical life cycle traits such as mildly updated interior, exterior and mechanicals to keep it going ahead

Hyundai’s Santa Fe may not be doing world-class numbers in India, but throughout the globe, it is established vehicle, which challenges the like of Honda CRV, Toyota Fortuner and many more vehicles of the same class.

Launched in the year 2013 it has finally received facelift to keep things fresh and exciting. Cosmetically the 2016 Hyundai Santa Fe Facelift gets three-slat chrome grille, stretched headlamps with Xenon projectors and LED DRLs. 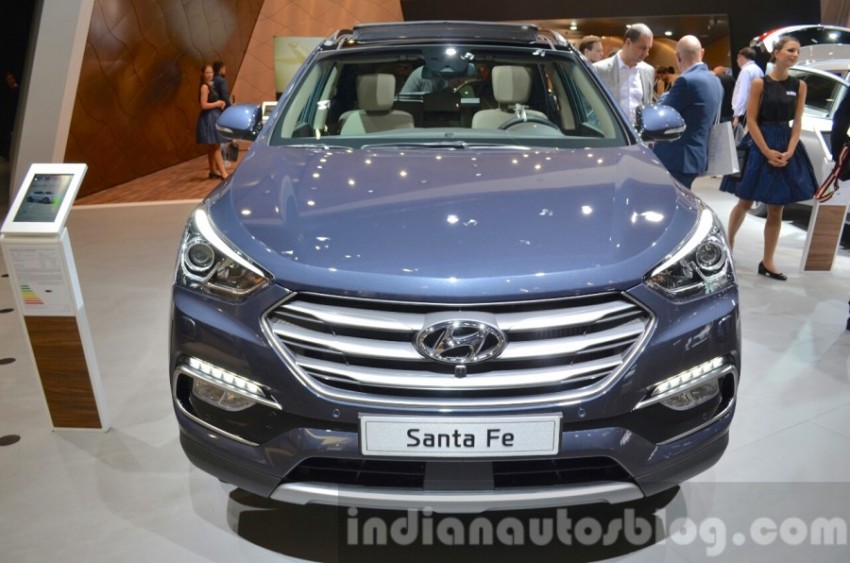 Bumpers have been redesigned, fog lamps with chrome surrounds and an LED strip are at the front. On the inside the interior looks more contemporary and Hyundai has updated the cabin with new materials and colours. The AVN system now comes with a premium surround audio system. Mechanically, the powerful 2.2-liter diesel is here always and has been slightly tuned to deliver more mileage and efficiency in every way. 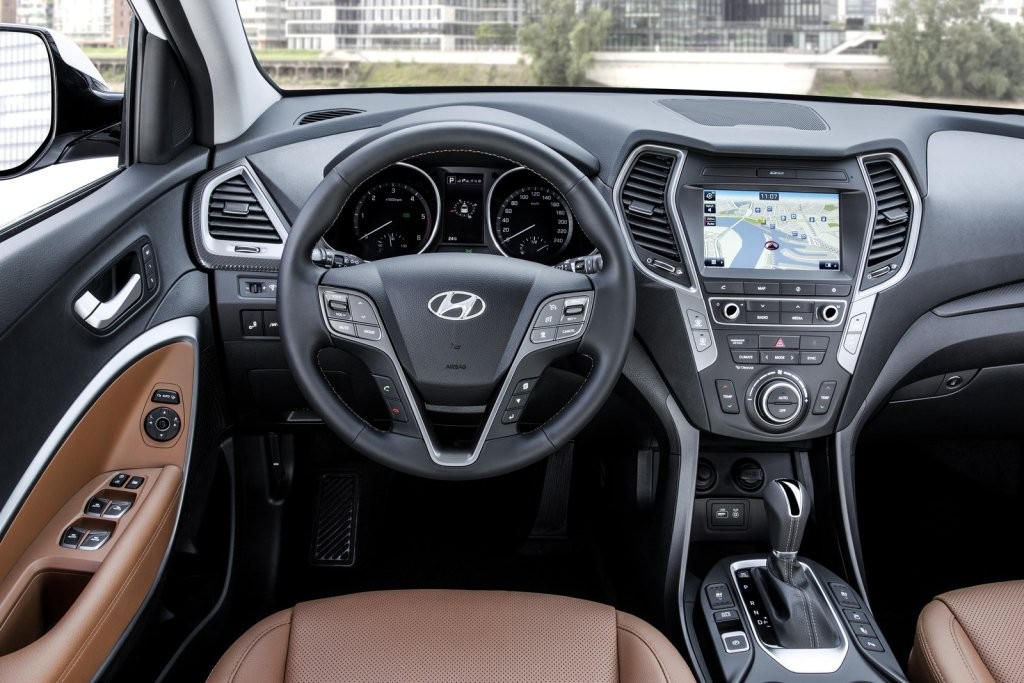 The diesel motor churns out 200 PS and 440 Nm of peak torque. Power and torque figures remain unchanged and continues to be one of the most powerful SUV in the market and in India as well. 6-speed manual and automatic transmission are available with the 2016 Hyundai Santa Fe Facelift. Petrol motor has been updated as well, which makes 184 BHP, but it does not come to India. 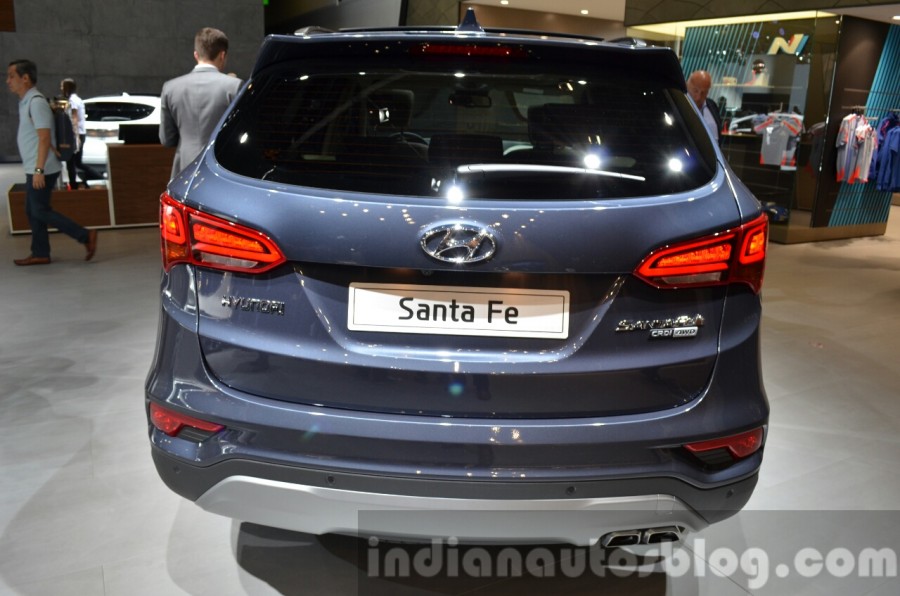 2016 Hyundai Santa Fe Facelift has many active safety and comfort features such as autonomous emergency braking, rear-cross traffic alert, smart cruise control, blind spot detection, lane change assist and high beam assist. Expect India launch to happen in early 2016 and this is will be the time when Fortuner and Ford Endevaour also come to the market. Competition is getting serious as when the new model of Santa Fe comes in early 2018, the Mitsubishi Pajero will be awaiting this Korean SUV.