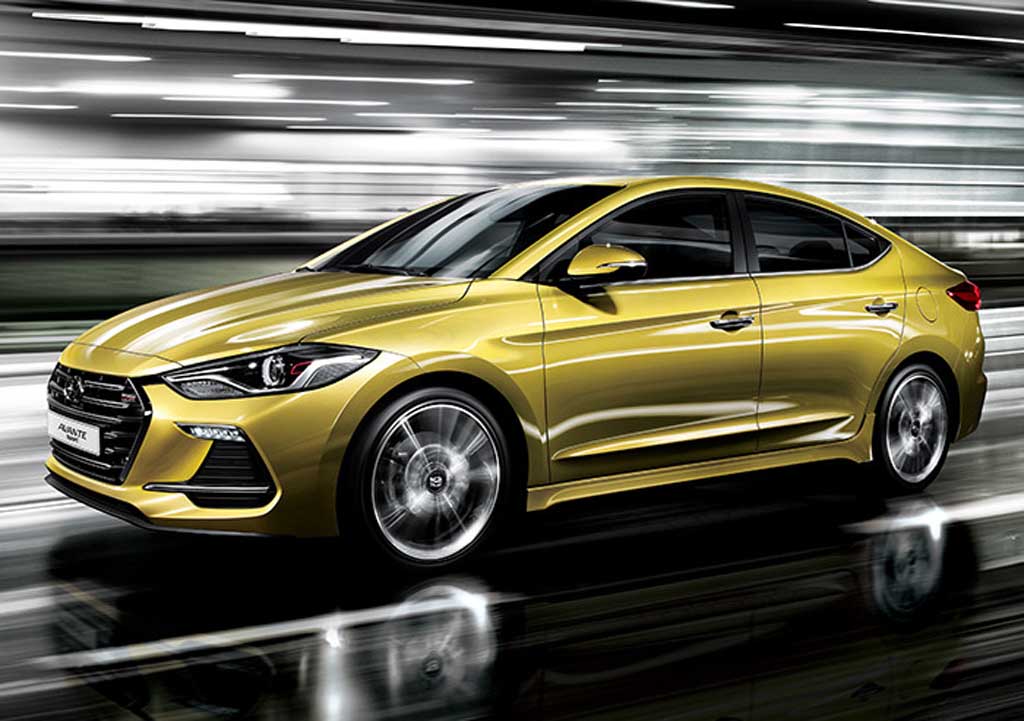 Talking about the design of the new car, 2016 Hyundai Elantra Sport looks sharp and sporty. It dons distinctive HID headlamps inside the sharper headlamp clusters. The modern generation hexagonal front grille gets horizontal chrome garnished slats. The front grille bears a ‘Turbo’ badge, while the black surround starting from the headlamp clusters make it stylish. The front bumper looks revamped and it gets LED daytime running lights at both ends placed horizontally. The large air dams and the LED daytime running lights are highlighted with C shaped chrome trims.

On the engine and performance front the 2016 Hyundai Avante or Elantra Sport gets a 1.6 litre T-GDi four cylinder turbocharged engine petrol engine under the hood which is paired with a six speed manual gearbox and there is a seven speed dual clutch automatic gearbox as well. The engine churns out 204 PS of peak power and 265 Nm of peak torque. On the suspension front the car’s torsion beam suspension has been updated to a multi link rear suspension as standard set up. The newly unveiled car comes available with an optional extreme package, which offers upgraded stabilizer bars, springs and shocks and a rear spoiler as well. In South Korea, the car comes with price tags ranging between 19630000 Won to 24100000 Won.