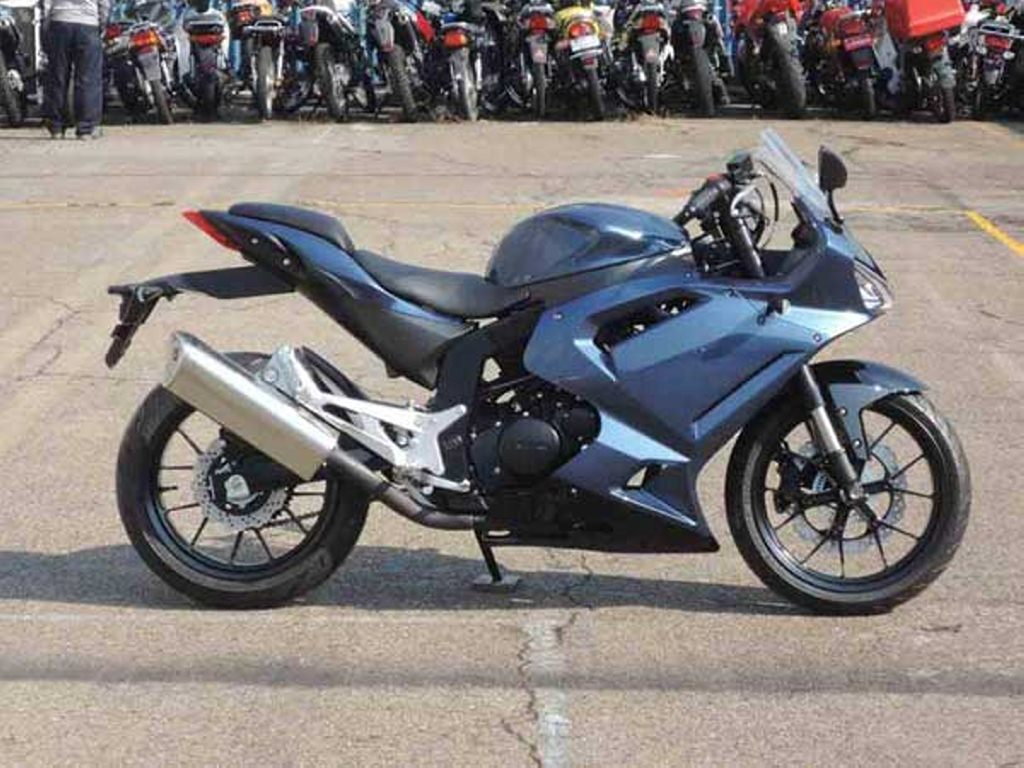 We think DSK is going to hire some guys to just count their cash. DSK both partner’s have launched affordable bikes in the entry level segment which is booming in the market especially in our market like ours. One of those three products is a GD 450 and these two, the GT300R and GV300. Both are highly updated models based on the same platform. GT300R does look similar to before which means it’s very long. However, new fairing and lamps on both ends are different it has a different exhaust now.

Suspension on the GT300R includes a 41 mm USD forks up front and a monoshock, mounted to the swingarm at the rear. Braking duties are done by 300 mm single disc at the front and a 230 mm single disc at the rear along with ABS. The motorcycle has 17-inch wheels with 110/70/R17 front and 150/60/R17 rear MRF tyres that are identical to the KTM Duke 200 slapped on them. The motorcycle continues to weigh higher at 178 kgs. The Hyosung GV300 on the other hand is a cruiser that has become much more sophisticated and less quirky than before. It has the tank and front end reeking of an American cruiser brand we all know since childhood. There is chrome still, but subtle amount is left on it. Power comes from the same 275cc V-Twin engine of the GT300R that we saw previously but is de-tuned to produce slightly less power at 26 BHP and it makes 23.5 Nm of torque on the cruiser. The GV300 is also teamed to a 5-speed gearbox sadly. Expect India launch before June 2015.