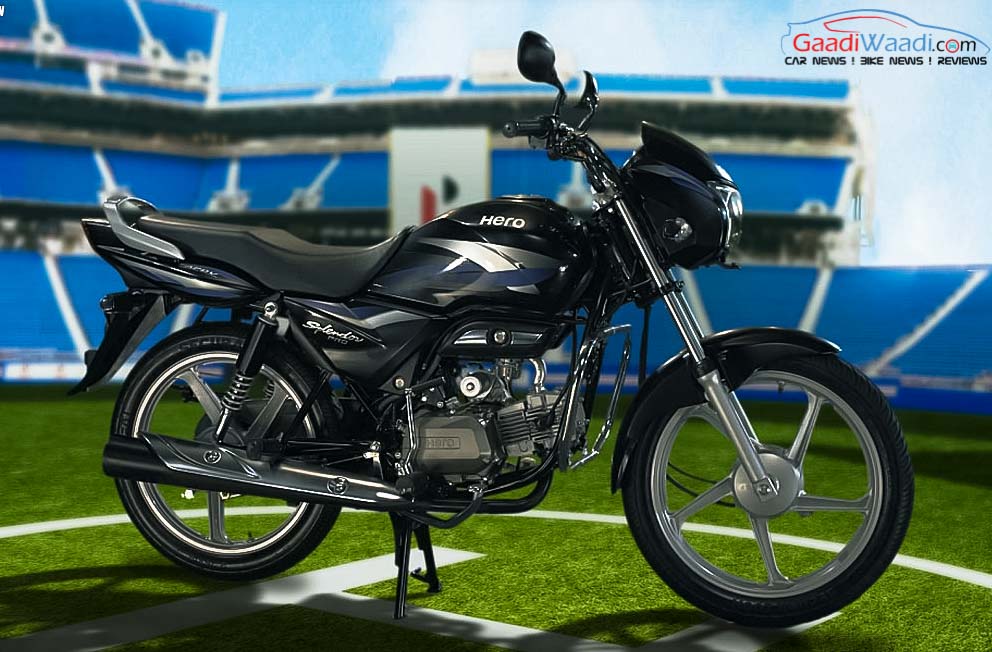 Hero said early last year that the upgraded version of the Splendor Pro would be launched soon and standing by the words, the new motorcycle was revealed in October. Ahead of the launch two months ago, we exclusively showed you the spied images of the Splendor Pro which explained that there were a lot of changes went into this bike and nothing was restricted to the sticker job, which is usually the case with Hero products. 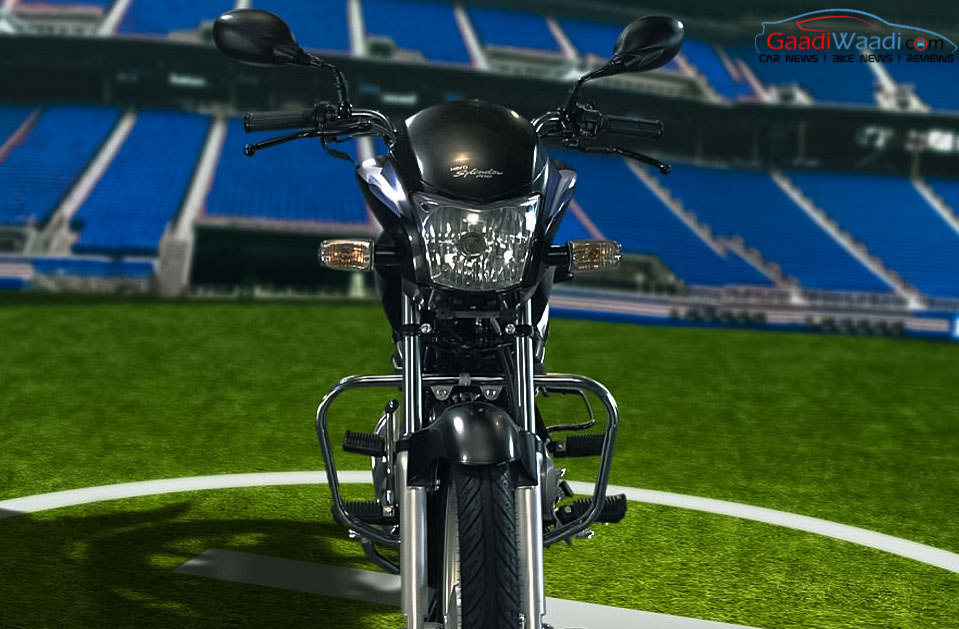 Since it’s a mid-life update, powering the 2016 Splendor Pro is the same air-cooled, four-stroke, single cylinder OHC 97.2cc engine that produces 8.25 bhp of power and 8.05 Nm of peak torque. Power is transmitted through a four-speed gearbox and the motorcycle comes in four variants with five-year warranty. The fuel economy is claimed at 90 kmpl. 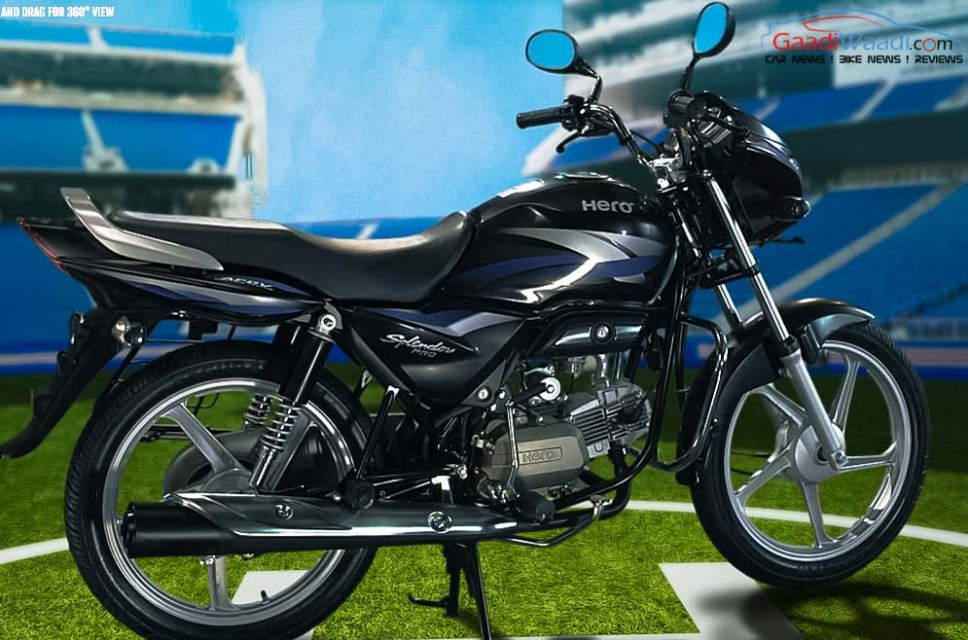 It gets 130mm drum brake at front and 110mm drum at rear. As for suspension, the telescopic Hydraulic Shock Absorber is fitted up front and Swing Arm with five-step adjustable shock absorber at the rear.

the 2016 Hero Splendor Pro facelift’s headlight is all new and the square profile has now been a flowing one. Headlight cowl has been swept upwards for a sleek look and the side profile sees change to the side panels. 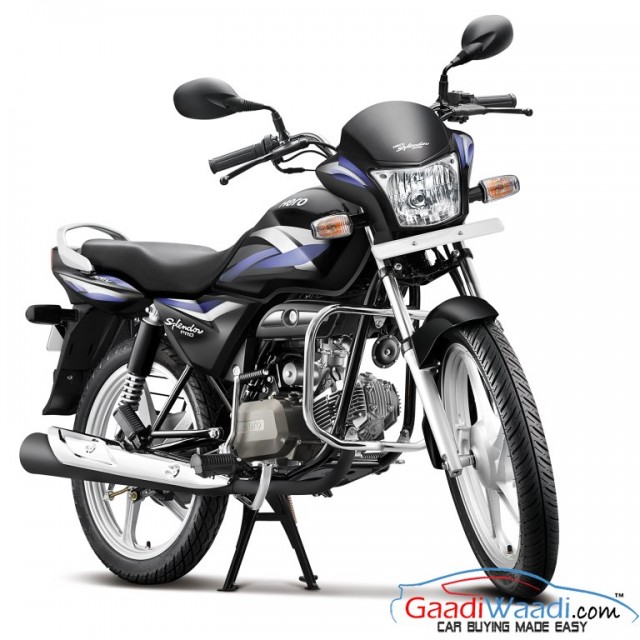 Tail-piece gets more substantial look than ever and so does the tank, which has become boxier and has place to grip riders leg. However, there are some parts, which are taken from other bikes of the Hero stable as well. Grab rails and silencer heat shield have been taken from HX-Deluxe. All Splendors are losing their steel luggage mounting point that was used to mount stuff and will be seen on HF moniker bikes to give Splendor a more upmarket stance.

Fuel knob gets richer along with the plastic cladding around it on both sides. In the 2016 Hero Splendor Pro, mudguard remains the same along with boxy turn indicators. Tail-light has changed and is now more firmly fitted to the tail-piece. Alloy wheels and suspension covers remain the same besides golden-coloured chain case. 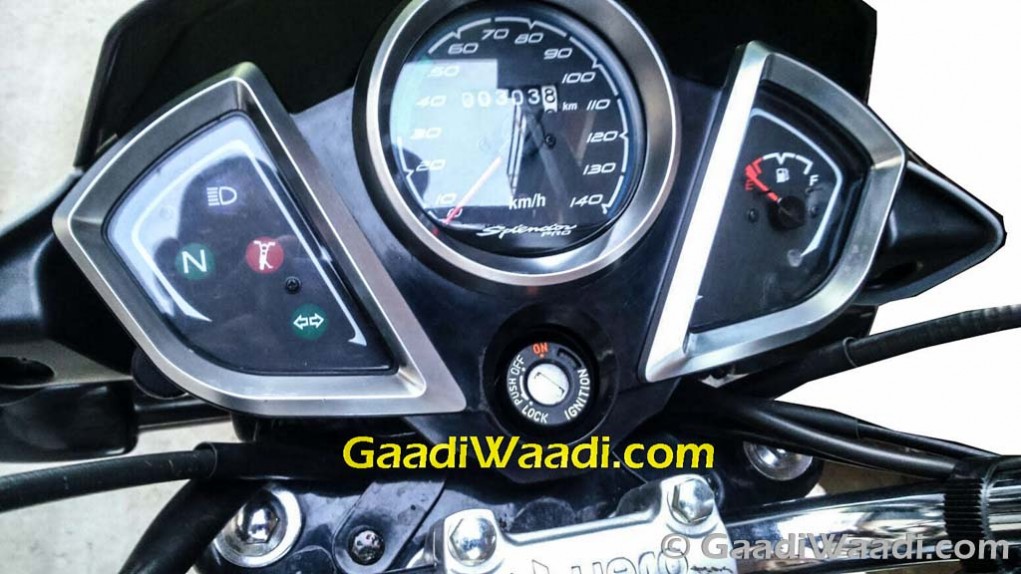 What has changed in 2016 Hero Splendor Pro significantly though is the meter console, which now has chrome surrounds and three pods. Hero continues with its safety theme and provides side stand indicator. Speedometer also shows the name of the motorcycle while rest of the parts remain the same such as switchegear, levers etc.

The only visible change we see from current Splendor Pro when it comes to engine is the head pipe, which circulates wasted fuel and dump them back into the head through the carburetor. The pipe is seen here in heat wrap materially (black) partially and half of it is naked towards the bottom (chrome pipe). Overall, these important changes for the 2016 Hero Splendor Pro should help it sell even more.

Along with the existing six colours from the outgoing model such as Black Purple, Heavy Grey, Cloud Silver, Candy Blazing Red, Palace Maroon and Black Monotone, the 2016 Splendor Pro will have Shield Gold and Black Red as the two additional colour schemes.