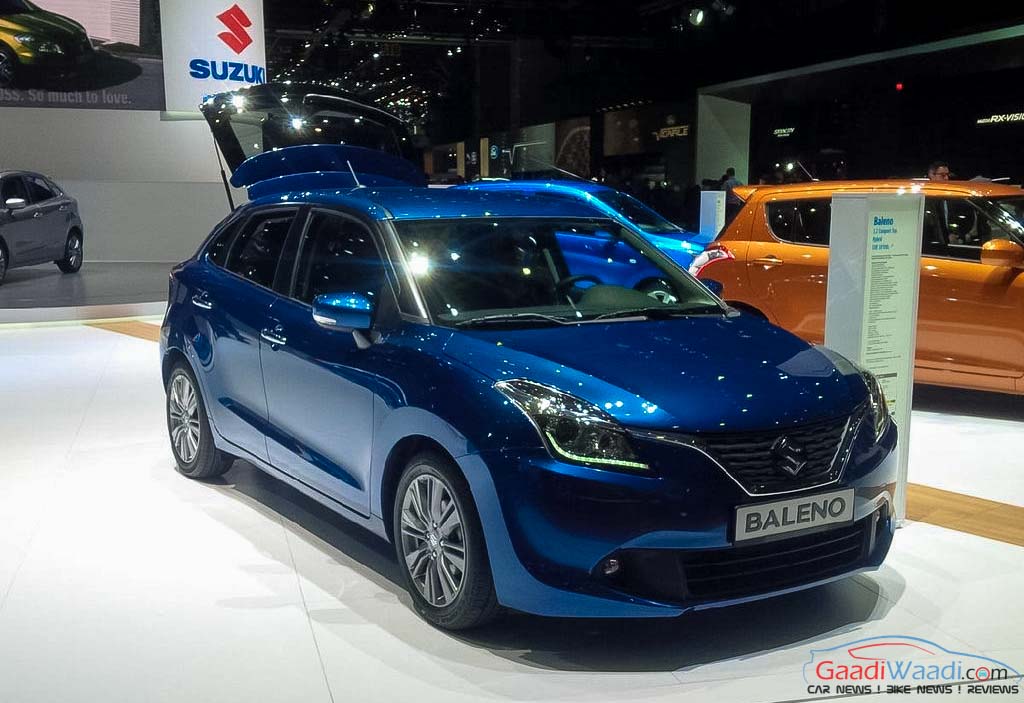 Suzuki has showcased a wide range of products, including Swift special edition, Vitara 1.4 S, Sx4 S-Cross facelift, Baleno with boosterjet engine and Celerio, at the 2016 Geneva Motor Show. The Baleno is the first company product that would be developed in India, while being exported to several international markets.

Vitara S was launched in the UK in January this year with 1.4L turbocharged Boosterjet petrol engine which is the first application of the Japanese brand’s new efficient family of engines. The sporty crossover’s power unit has direct injection technology to produce 140 PS power and 220 Nm of peak torque available from 1,500 to 4,000 rpm. That’s a 20 PS and 64 Nm increase compared to the conventional 1.6-litre four-cylinder petrol motor.

The company also announced to launch 20 new models by 2020. Other models on show in Geneva include the 2016 year model GSX-RR MotoGP machine, which has been in development since 2012.` Talking about the Baleno hatch, it has “Liquid Flow” design theme and was firstly launched in India in October 2015. In a matter of just 3 months till January 2016, over 31,000 units were sold. Being based on a new-generation architecture, Baleno is available with 1.0L turbocharged Boosterjet engine and 1.2L DUALJET motor with new highly-fuel efficient SHVS mild hybrid system.

The 1.0L Boosterjet engine in on offer with 5-speed manual transmission and 6-speed automatic gearbox, while the 1.2L DURAJET mill comes with the 5-speed manual gearbox and CVT automatic transmission. Baleno would be launched in the European markets in April 2016 with features like Smartphone Linkage Display Audio (SLDA) with a large 7-inch touch panel screen. The Baleno’s arrival in India has upped the brand image of the largest car maker in the country helped by the recently set up NEXA premium dealership networks across the nation. With Hyundai i20 retaining the status of the best premium hatchback in January from the Baleno, the competition is only getting fiercer every month. The 1.4L turbocharged Boosterjet engine develops a maximum power of 140bhp and peak torque of 220Nm. It comes with both the 6-speed manual as well as 6-speed automatic transmissions, while power being transmitted to all the four wheels via Suzuki AllGrip AWD system. It has a fuel efficiency of 18.51 kmpl, while the price starts at £20,899 (Around Rs. 18 Lakhs).

Standing adjacent to the Baleno in the Suzuki’s stand was the special edition version of the Swift with sporty bodywork and catchy interiors. The SX4 S-Cross was another addition to the line-up with the updated front grille which is borrowed from the India Specific Maruti Suzuki S-cross.