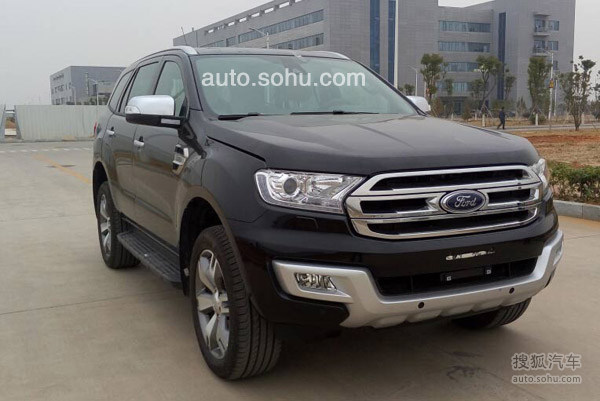 Ford Endeavour has been spotted in ARAI facility along with Mustang GT, launch happening soon

Ford is all set to launch couple of product which should boost their market share and sales to all time high. The EcoSport was a success and so will be upcoming Ford Aspire which also all set to be launched soon.

But before that, the premium offering called the Ford Mustang and Ford Endeavour are also set to launch as both cars have been spotted at ARAI facility which indicates launch nears.

Spotted in the front of the mustang at the ARAI facility, the Ford Endeavour can be witnessed standing there awaiting or done testing by the government body for safety checks and mostly kmpl numbers. The Ford Endeavour will come with two diesel engines with manual and automatic transmission in the country. A 3.2l TDCi engine producing 200 PS and 470 Nm and a 2.2L TDCi engine that will produce 160 BHP and 385 Nm of torque. The Ford Endeavour will be made available in two wheel (rear wheel drive) and four wheel variants and total variants will be around 8-10 to choose from.

The car remains to be on the ladder on frame chassis and this time it will give tough time to the new Toyota Fortuner, Santa FE, Chevrolet Trailblazer. Pricing is said to be competitive and it should start from 25 lakh onwards for the 2.2l TDCi engine. Expect the Ford Endeavour to more modern mechanically and on the inside as the interior will get a revamp, short comings will be sorted out and it will more spacious and comfortable while being more economical to run and buy the new promising Ford Endeavour.