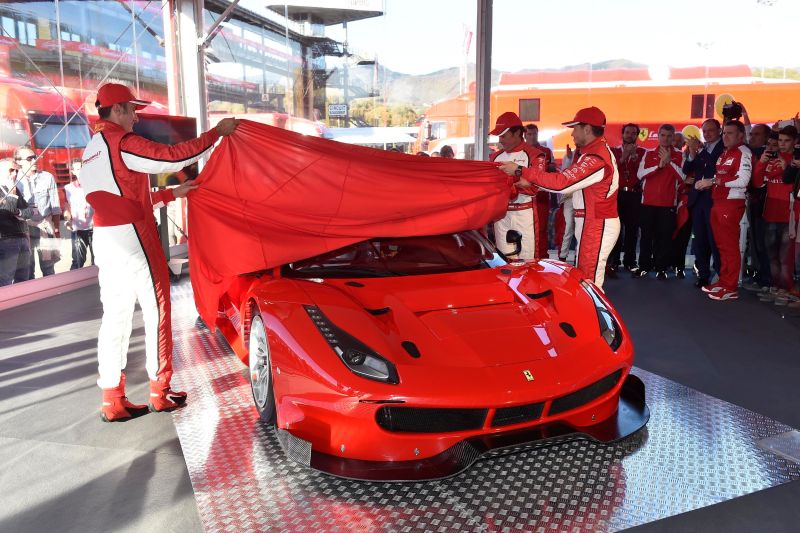 Ferrari hosted its 2015 edition of Finali Mondiali at Mugello circuit in Italy with the unveiling of new versions of its track-monsters, the 2016 Ferrari 488 GT3 and 488 GTE race cars.

Finali Mondiali is the closing round of the Ferrari Challenge series – the one-make series where drivers fight it out for various coveted championships on equal Ferrari machinery. The Indian business, Gautam Singhania, finished second to eventual champion Jacques Duyver last weekend in only the second full-season of his professional career at the Ferrari Challenge Europe competition.

Present in the event were Ferrari Chairman Sergio Marchionne, Enzo Ferrari’s son Piero and Scuderia’s F1 superstar Sebastian Vettel. Ferrari takes this event as the celebration of its famed history and thus unveiled two of the newest iterations of its latest 488 GTB model along with the new F12TdF.

The Ferrari F12TdF is the more extreme version of the F12 Berlinetta that Ferrari unveiled almost a month ago. It packs a tuned and aggressive version of Berlinetta’s 6.3-litre V12 engine producing 769hp and 520 pound-feet of torque. It also features a rear-wheel steering system whilst 87% more downforce and over 100kg less weight result in a 0-100 time of 2.9 seconds and a top speed of over 340kph. 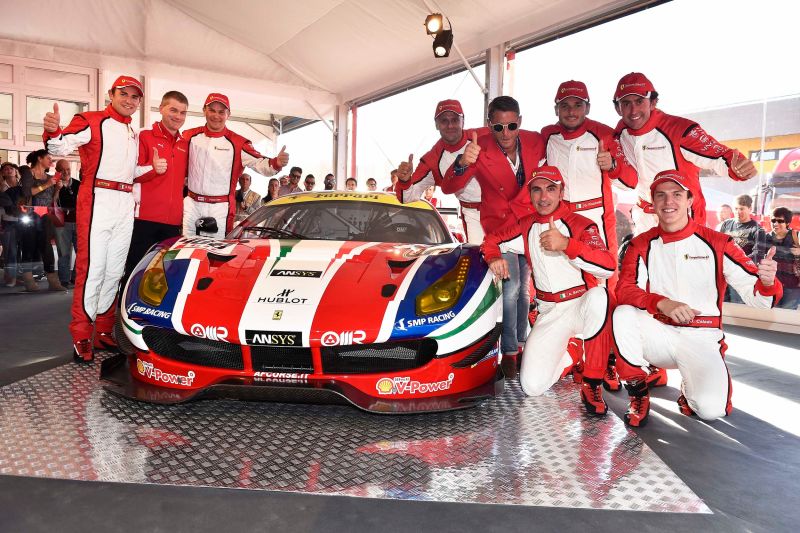 The 2016 488 GT3 and GTE race cars will replace the popular 458 racers around the world from next season – the 488 GTE will contest the fiercely competitive World Endurance Championship. 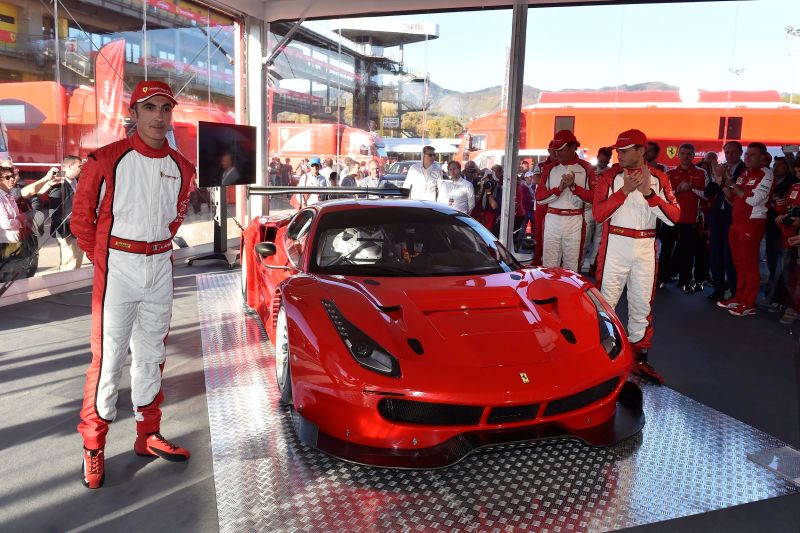 The principal changes over the accomplished race version of 458 Italia are the new turbocharged engines 488 GT3 and GTE will be powered with. At Le Mans and other sportscar championships across the globe, the outgoing Ferrari 458 Italia GT2 has won top honours and ever since the inception of the World Endurance Championship it has taken victories in every class. The turbocharged 488 GTE will have a big challenge ahead to follow the footsteps of the 458 GT2 Italia.

Meanwhile, the GT3 class racecar will be running in the Blancpain Endurance Series, Pirelli World Challenge whilst competing in other series pertaining to GT3 regulations in Europe and championships in Asia. The Ferrari 488 GT3 racer will be up against stiff competition from Nissan GT-R, Mercedes-AMG GT, Aston Martin V12 Vantage, Audi R8, Porsche 911, Bentley Continental GT, Lamborghini Huracán and McLaren 650S.