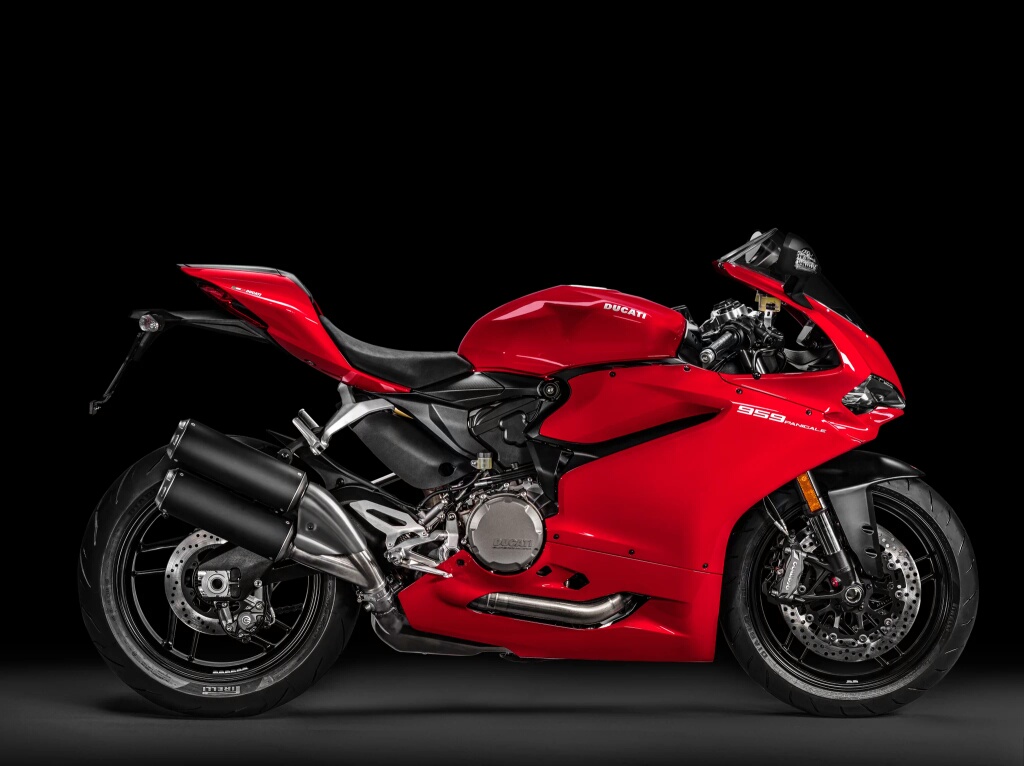 2016 Ducati Panigale 959 makes way to India, is almost litre bike now with a host of electronics

Ducati is getting aggressive with their motorcycle expansion in the country. It is ramping up its dealership since the official entry and now its time that it gets the entire range of motorcycles that are launched worldwide. So it isn’t the X-Diavel but it is the Panigale 959 that makes it debut here, at the India Bike Week that happens every year. The motorcycle has garnered a lot of attention and criticism worldwide for various small attributes. The motorcycle in flesh looks great and has the flagship motorcycle traits when it comes to design and Ducati says it performs like one too on the race track, Alebit, ofcourse with less horsepower than the mad 1299.

The new 955 cc twin-cylinder motor is the first every Superquadro Ducati engine to get Euro 4 emission approval. All that down to the very controversial and heavily criticized exhaust cans at the end. The motor ends up producing now a whopping, very litre class, 157 BHP at 10500 RPM and 107.4Nm. The 959 Panigale’s increased displacement comes courtesy of a slightly longer stroke while the bore remains the same. Stroke numbers are up from 57.2 mm to 60.8 mm while the bore stands at the same 100 mm. Other updates to the motor include a slip/assist clutch, two fuel injector per cylinder.

The chassis has been modified with a 4mm-lower swingarm pivot but isn’t adjustable. Overall chassis geometry remains the same but the wheelbase grows by 5mm to 1431mm to add stability. Electronic package, as always with the Italian company is high. Package includes, Ducati Quick Shift (DQS), Riding Modes courtesy, Ride-by-Wire, triple-stage Bosch ABS, Ducati Traction Control (DTC) and Engine Brake Control (EBC) also make their way onto the motorcycle from the flagship variant.